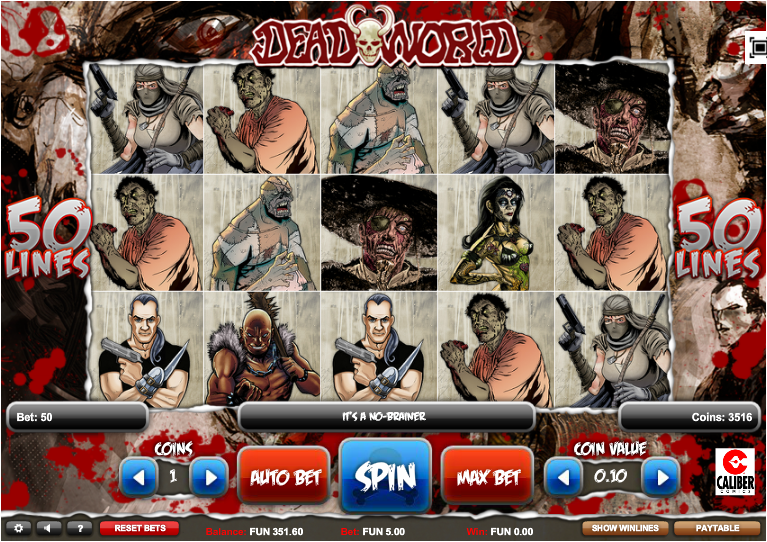 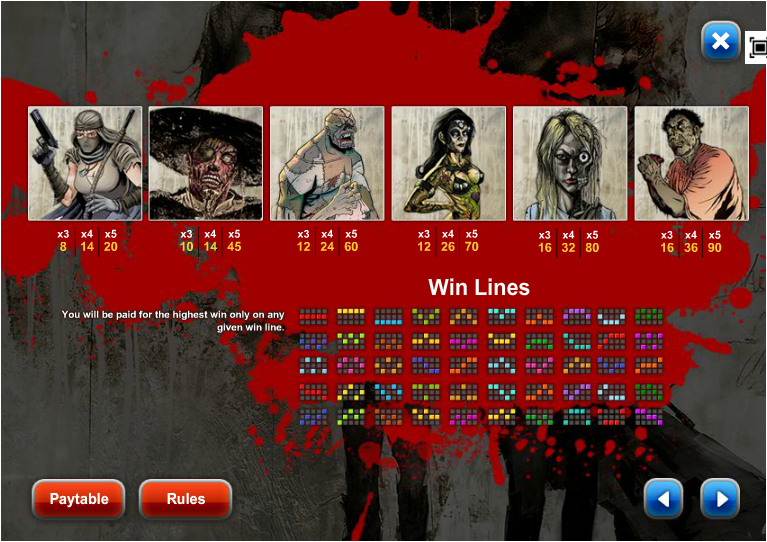 Twenty eight days after the zombie apocalypse, you are one of the last humans alive and therefore the central character in Dead World, an online slot from 1x2Gaming based on the original series by Caliber Comics. This game looks fantastic with sone gory sound effects and gruesome graphics and there’s a bonus round which is a little different from the usual fare.

Dead World is a five reel slot with three rows and fifty fixed paylines; the comic book influence is very clear here and the graphics could have been lifted straight from the pages of the original stories. The backdrop to the reels is a collage of blood and skin which, along with the music, just adds to an atmosphere of tension and terror.

The symbols are all characters from the story and are mostly a range of zombies of varying hues but there’s also a couple of human characters such as the grey-garbed girl and the pony-tailed chap. The skeleton is the highest value and worth 500x your line stake for five on an active payline.

The girl in a different pose is also the wild symbol and will substitute for all others except the bonus; that’s the scary zombie shown below.

This is triggered by landing three or more of the bonus symbols anywhere on the reels and as you can see from the video above you will be taken to a screen displaying something akin to a fairground shooting range.

Zombies rotate in the gallery and you have six shots from your revolver to hit six targets, earning a cash prize for each one. Aim for the head, body or wherever – the prizes seem random.

Dead World is relatively simple in it’s gameplay and bonus features but it looks and sounds great and is definitely one to recommend. The bonus seems fairly easy to trigger and there’s a RTP of 95.00%.