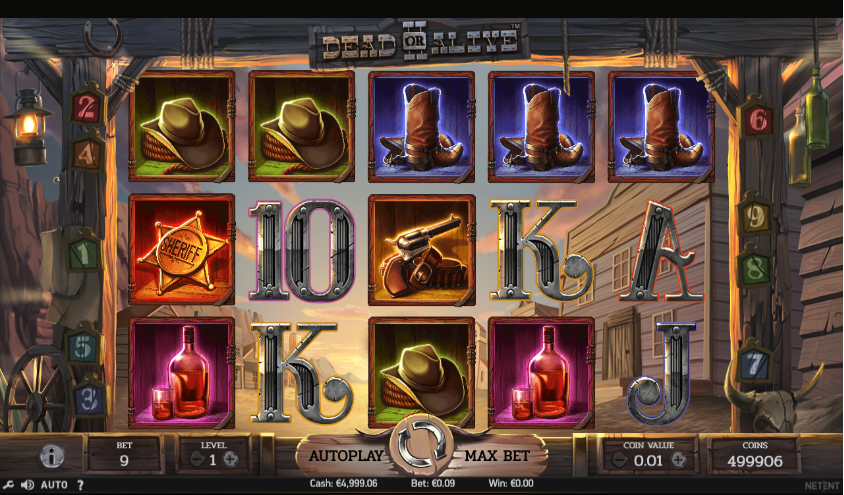 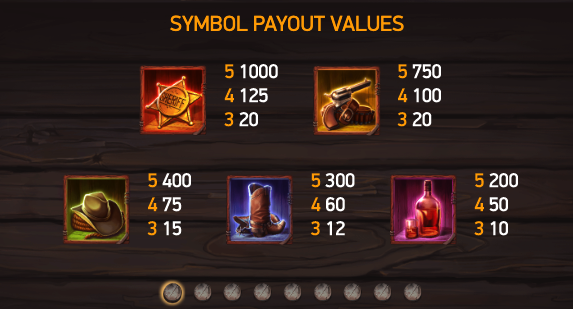 Dead or Alive 2 is the long awaited sequel to Net Entertainment’s original Dead or Alive online slot machine; the cowboy theme returns ten years down the line with a nod to the predecessor but with plenty of new content including a range of free spins modes when the feature is triggered.

Dead or Alive a five reel slot with three rows and nine fixed paylines; the symbols spin within a typically Western wooden structure through which we can see this desert town in a ravined valley as the sun sets.

The five theme-related symbols include a Sheriff’s badge, a gun, a ten gallon hat, a pair of cowboy boots and a bootle of booze; 10, J, Q, K and A are the lower value symbols.

There are five characters acting as wild symbols – one per reel – and they’ll substitute for all others to help form winning matches except for the scatter symbol.

This is triggered by landing at least three of the scatter symbols anywhere in view for which you’ll receive an initial twelve free spins but first you’ll get to choose from one of the following modes:

Dead or Alive 2 takes the action and the atmosphere of the original and adds to it with some well-designed bonus features, enhanced graphics and a soundtrack appropriate to the Old West. Don’t miss this one!