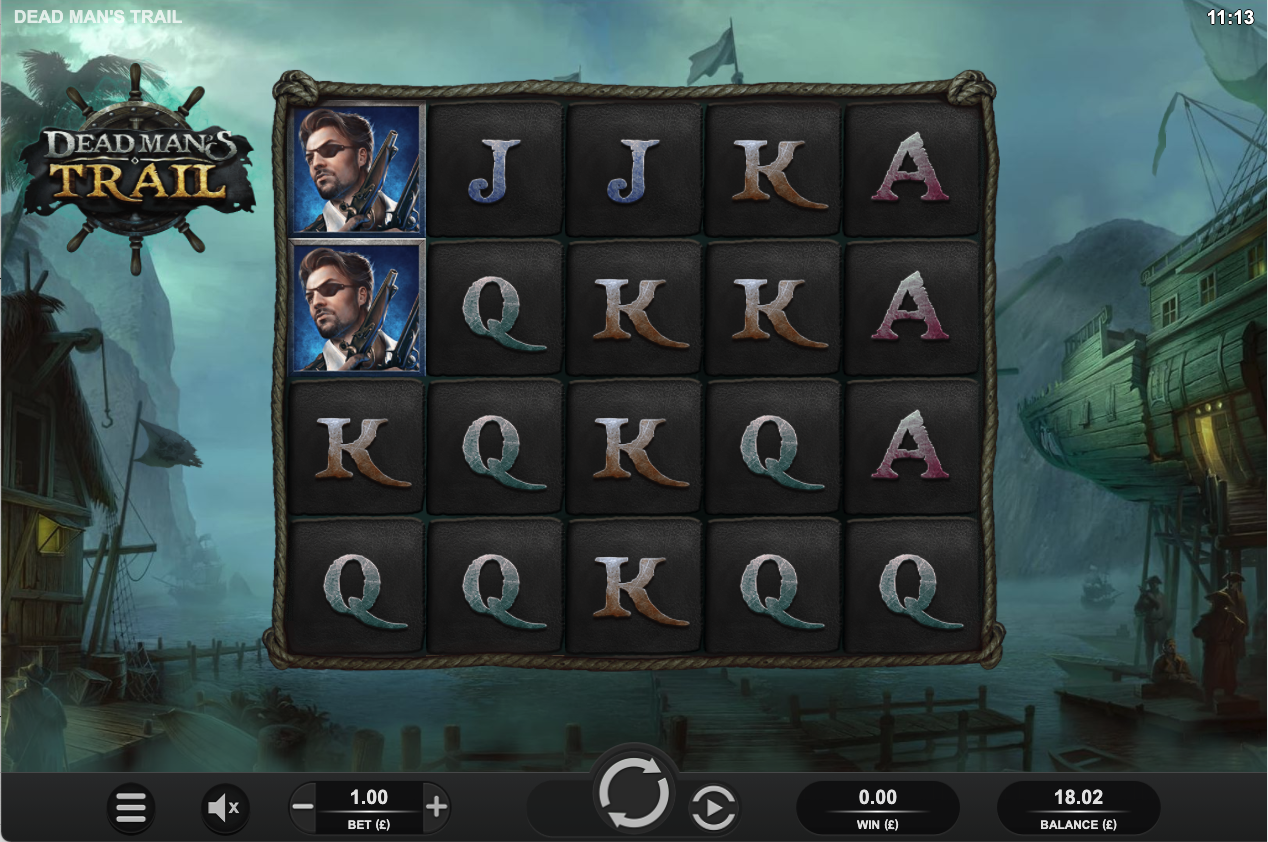 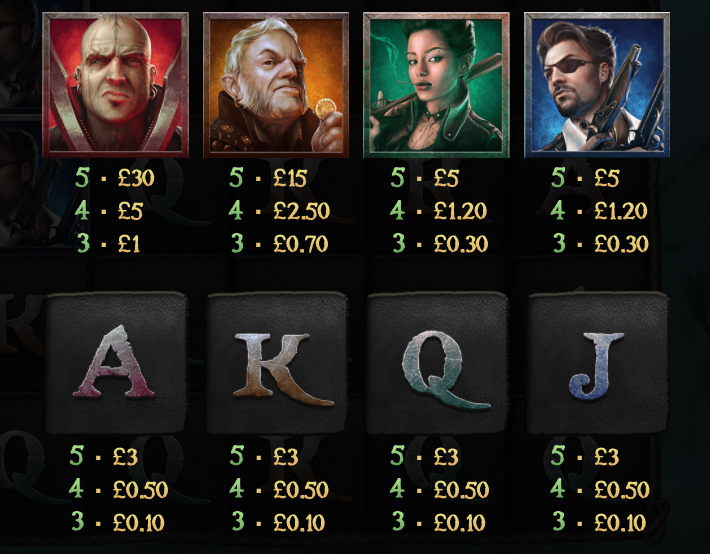 There are pirates afoot in this online slot from Relax Gaming and they’re all searching for loot along the Dead Man’s Trail; from £0.20 per spin this classy game tempts players with the Trail Bonus pirate map and the lucrative Coin Feature.

Dead Man’s Trail is a five reel slot with four rows and forty fixed paylines; play this game in full screen and you’ll get the benefit of a fantastic backdrop featuring this Caribbean pirate cove where plunder is unloaded and ships repaired.

The four high value symbols are the various pirate captains and the lower values are J, Q, K and A; the golden ‘W’ is wild and the special symbols are the Bonus ship and the coins.

This is where we get to track down some of that pirate treasure and it’s triggered by landing at least three of the Bonus ship symbols anywhere in view; the spinner will determine how many places around the trail you’ll move on each turn and there are various bonuses depending on the position. You’ll start on the ‘Start’ tile, receive the multiplier value from the ‘Normal’ tile and end the round on the ‘End’ tile – each normal tile landed on becomes an end tile.

Hitting a mystery chest awards one of the following extras:

There’s a maximum possible prize of 50,000x the stake for this feature and at that point the round will end.

This is triggered by landing coins on at least three different reels after which you’ll receive the total value displayed on them.