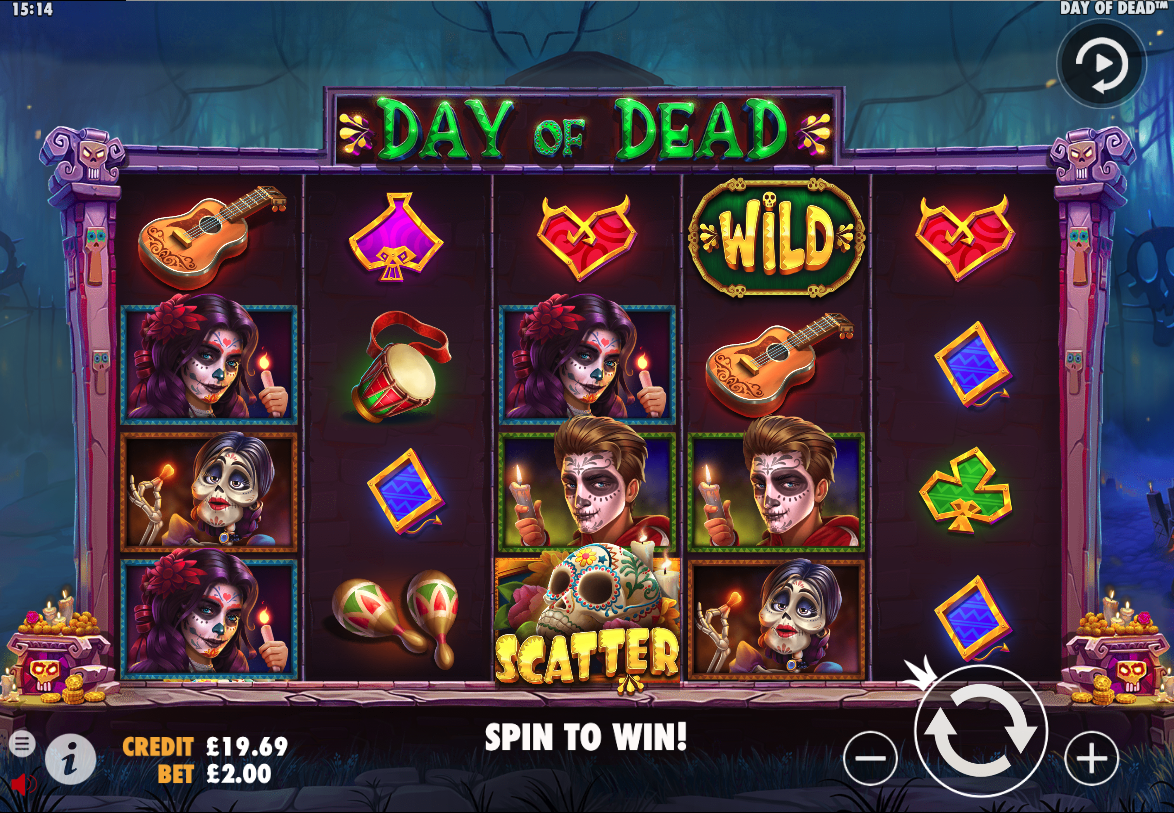 We like the idea of a colourful festival to celebrate our departed ancestors but to get the real deal we’ll either have to go to Mexico or try out a themed online slot like this one from Pragmatic Play – it’s called Day Of Dead and it comes with a Waling Wilds feature and respins with collectible wild symbols.

The backdrop to Day Of Dead is a little spookier than other games in this genre and we seem to be in some misty forest or perhaps a graveyard rather than a Mexican town decked with colour and light. Plenty of candles and gold coins go some way to cheering the scene up though.

There are seven higher value symbols and these are three masked revellers, a dog, a guitar, a drum and a pair of maracas; playing card symbols in green, blue, red and purple represent the lower values. The golden ‘Wild’ is wild but there’s also a gravestone Walking Wild which we’ll explain shortly; the skull is the scatter symbol.

Whenever one of those gravestone wild symbols lands it will fill its whole reel and award a respin on which it moves one reel to the left – this continues until it drops off the left hand side but any more expanding wilds landing while this is happening will continue the feature.

This is triggered by landing skull scatter symbols on reels one, three and five and here you’ll get unlimited respins/free spins as long as there are Walking Wilds on the reels; helpfully two will be shown in the bar above and one will be zapped into the reels on the first spin while the other will follow at a random time.

Any more gravestone wilds landing will be queued up in that top bar until the time comes to be zapped onto the reels. Each Walking Wild which reaches the left hand side will increase the win multiplier by 1x.