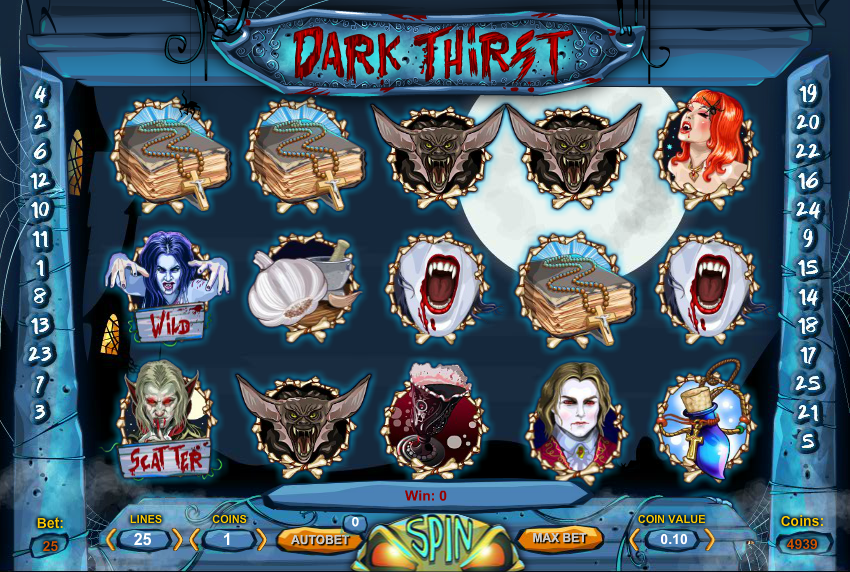 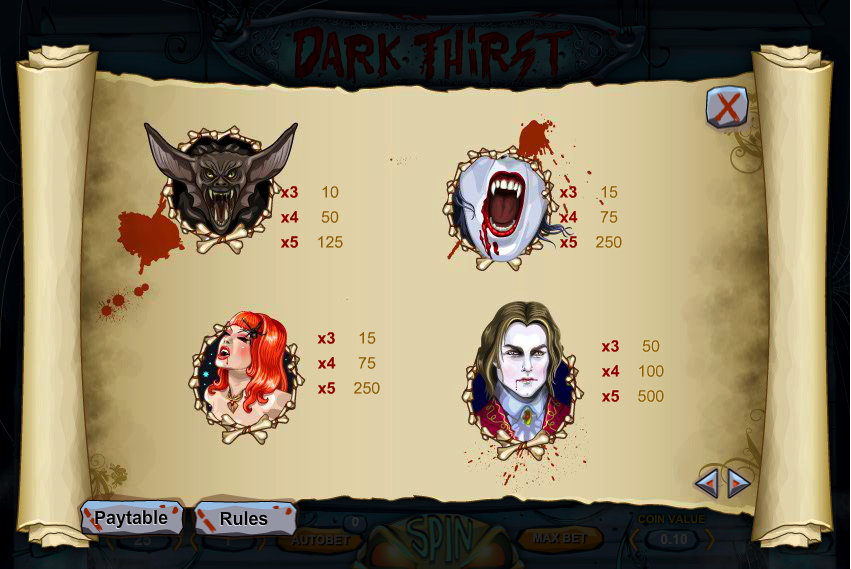 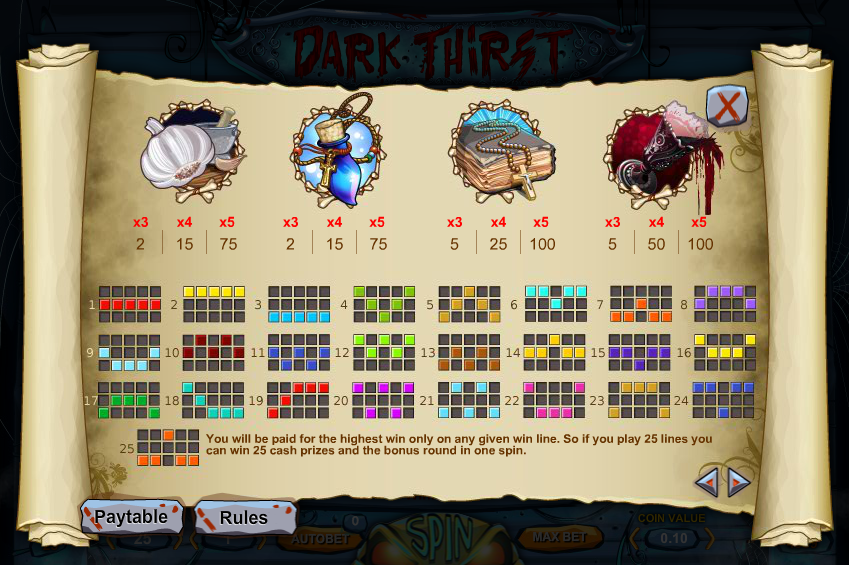 We like a good vampire-themed online slot as much as the next person and that’s exactly what we’ve got here with Dark Thirst. It’s from 1×2 Gaming and it’s inspiration is those 19th century gothic horror novels from authors such as Mary Shelley and Bram Stoker. It’s a game full of spooky sounds, creepy graphics and vampire stereotypes so it looks right up our street.

Dark Thirst is a five reel slot with three rows and up to twenty five paylines; the reels are framed by stone slabs clearly stolen from nearby graves and behind them you can see a dark landscape barely lit by a giant full moon. Light shines from the windows of a couple of nearby towers.

The symbols are all related to the theme and include garlic, holy water, a bible, a cup full of blood, a bat and then three vampires. The male vampire is the most valuable standard symbol and worth 500x your line stake.

The wild symbol is an approaching, pasty, female vampire who substitutes for everything except scatter and bonus icons. The scatter is a pasty male vampire and the bonus icon is the RIP gravestone.

Ten free spins are available to anyone who can land three or more of the scatter symbols anywhere in view; there’s no multiplier available but you will receive the scatter prize as well. More spins can be triggered by landing 3+ more scatters during the round.

This is triggered by landing three or more RIP bonus symbols on an active payline – the more triggering symbols, the higher the potential prizes.

You will be taken to a screen displaying a number of graves and you need to click them one by one to uncover the inhabitants. Each undead creature revealed wins a cash prize but the round is over when you dig up a skeleton.

This is a great looking slot with two separate bonus features, high quality animations and some appropriately spooky sound effects. It also has a refreshingly high RTP of 97.32% so check it out.