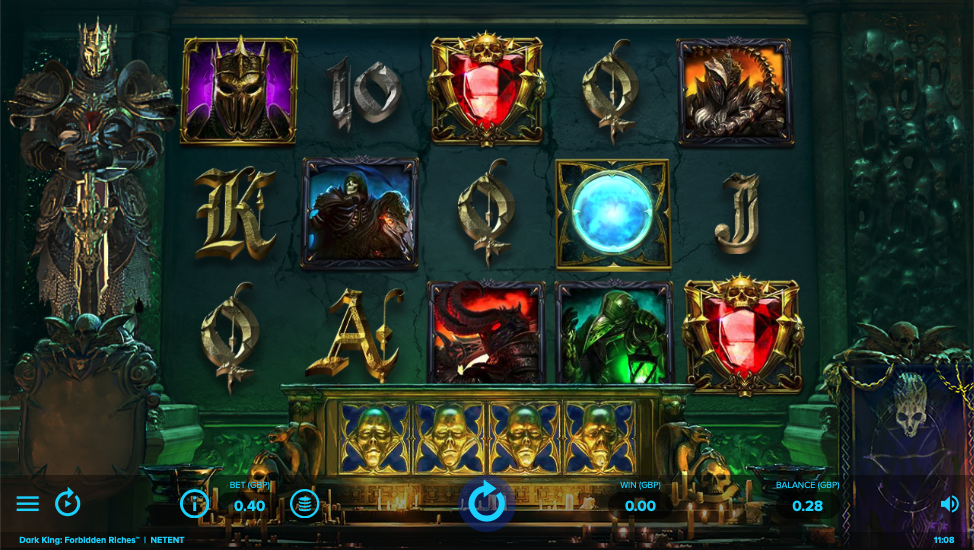 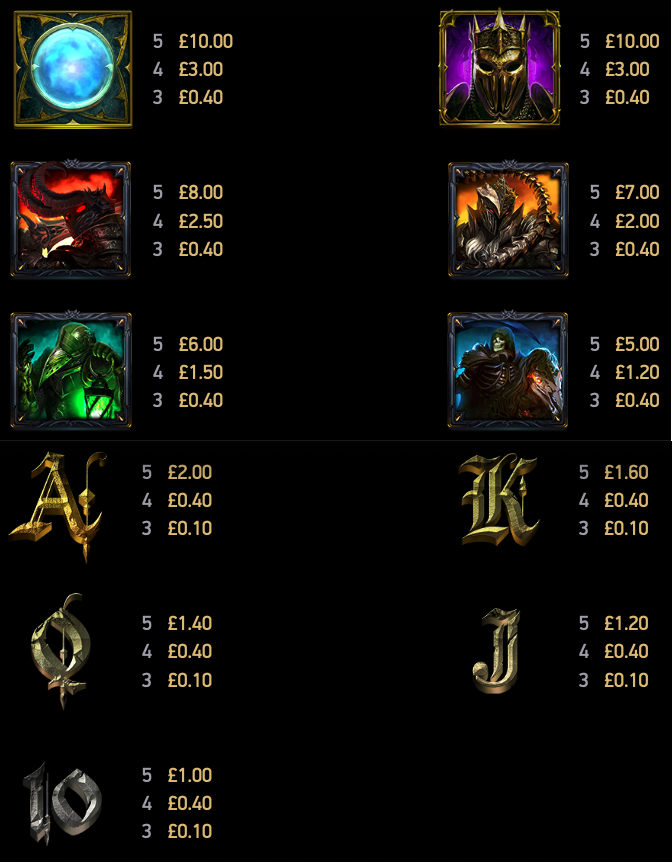 Welcome to the lair of the Dark King, a scary character from times long gone who oversees a hoard of treasure and jewels; this game is called Dark King: Forbidden Riches, it’s developed by Net Entertainment and it tempts players with wild multipliers and enhanced free spins.

Dark King: Forbidden Riches is a five reel slot with three rows and twenty fixed paylines; there’s a Lord of the Rings vibe about the design with the Dark King standing to the left of the reels clad in gleaming armour while skulls adore the walls and furniture scattered around the reels.

The five high value symbols are all creepy characters from this story in various dramatic poses while 10, J, Q, K and A make up the lower values; the moon symbol is wild and it replace everything except for the red jewel scatter to help form winning combinations.

Any wild symbols appearing on the reels at the same time as a winning combo will multiply that win by the number of wilds in view – the wilds do not have to be part of that combo. The value of the multiplier is shown below the reels and the maximum value is 5x.

Landing three, four or five of the ruby scatter symbols anywhere in view Willa award 10, 12 or 15 free spins respectively; during this round a ‘cross’ shape covers five positions on reels two, three and four and any wild symbol landing there will stick in place until the round ends, awarding one free spin in the process. The wild multiplier feature is active during the free spins also.

Dark King is a another high quality release from Net Entertainment with a back story you’ll have to imagine for yourselves – who is the Dark King? And where did he get his Forbidden Riches? No matter, it’s all good fun and there are some big wins available in the free spins round.