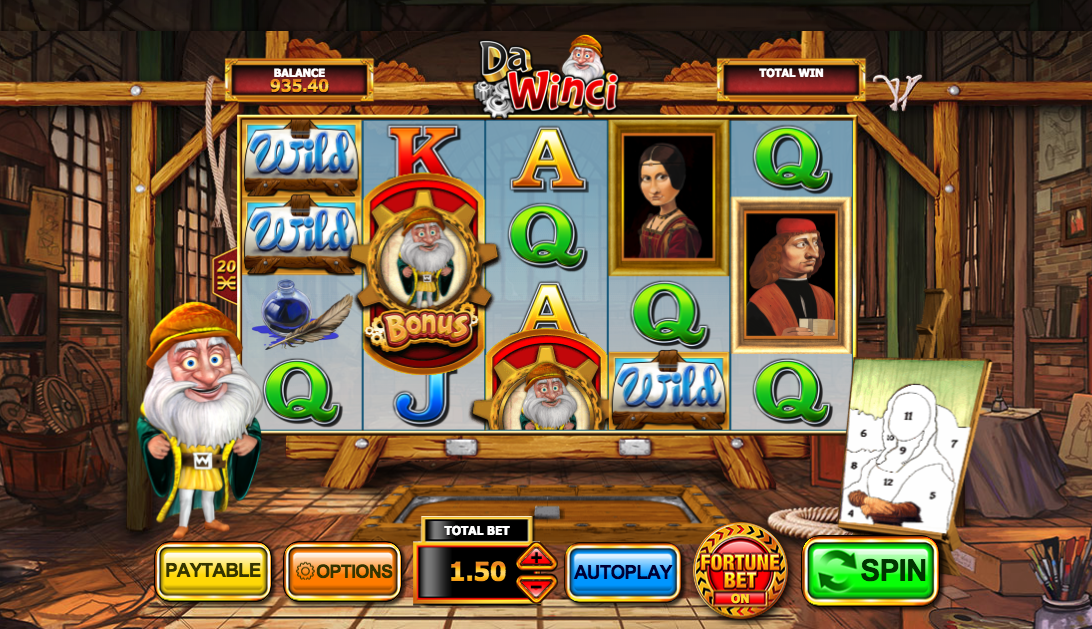 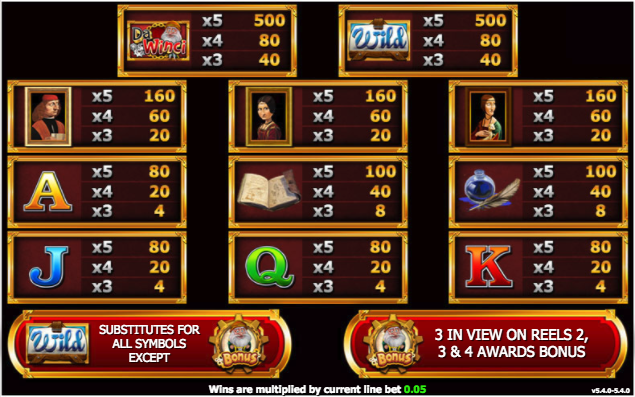 Leonardo da Vinci was the 15th century inventor, painter and sculptor (among other things) responsible for the Mona Lisa and The Last Supper; this online slot from Inspired Gaming is about a chap called Da Winci who may be based on the same person but how can we know for sure? Anyway, read on to find out how it all works.

Da Winci is a five reel slot with three rows and twenty fixed paylines; the man himself  stands to the left of the reels and there’s a paint-by-numbers version of the Mona Lisa to the right. The accoutrements of a 15th century workshop from the backdrop to this scene.

The higher value symbols include the game’s logo, three famous paintings (Lady With An Ermine, Florane & Portrait Of A Musician), a sketchbook and a quill/ink; J, Q and K make up the lower values.

The wild is a big ‘Wild’ which will substitute for all other symbols to help create winning combos except for the Da Vinci bonus icon.

The Bonus Wheel will now spin and award either the free spins round or a reel bonus (described below); if it’s the reel bonus then that segment will be removed and replaced by a free spins segment the next time the round is triggered.

If you win the free spins then the round will start and you’ll receive an unlimited number with wilds which parachute in from above; the wilds move one position down on each spin and when there are no more on the reels the round is over.

The reel bonuses are awarded by Da Winci randomly or via the Bonus Wheel as described above – they work as follows:

Da Vinci is a really enjoyable and engaging slot with lots of interesting features, a smattering of historical accuracy and some funky graphics – it’s highly recommended and comes with an RTP of 95.00%.