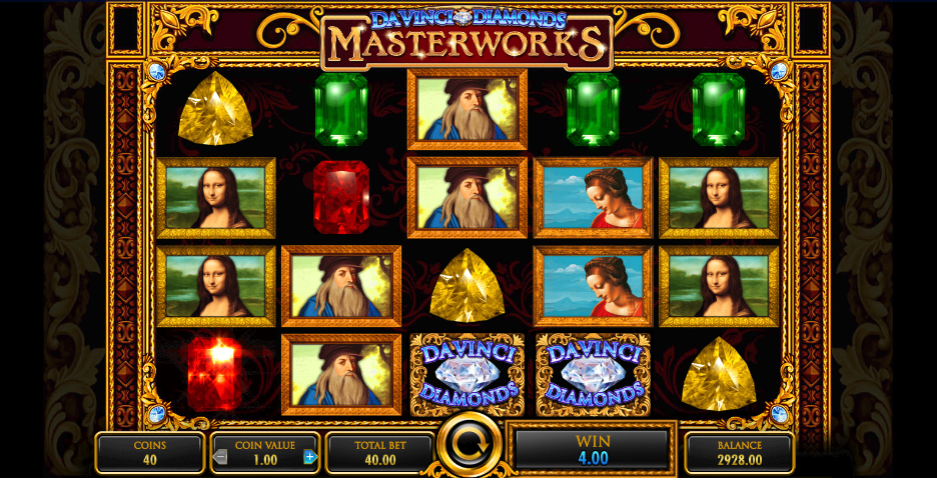 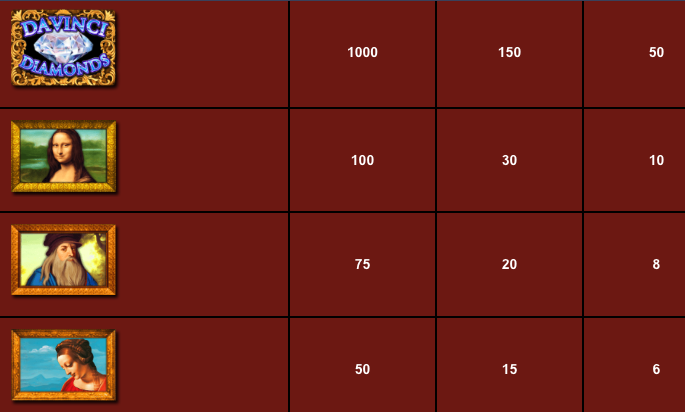 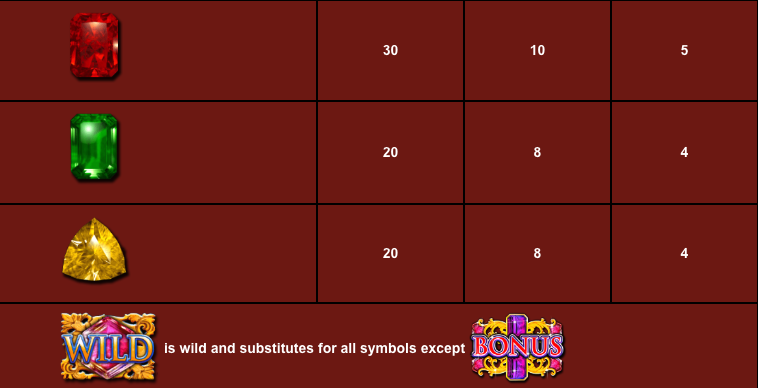 If you’ve previously played IGT’s Da Vinci Diamonds online slot then you may well be intrigued by this art-themed sequel which appends ‘Masterworks’ to the title; it’s still themed on the great renaissance artist and inventor but now the paintings are even bigger – read on to find out more.

Da Vinci Diamonds Masterworks is a five reel slot with four rows and thirty fixed paylines; those reels spin within an ornate, gold picture frame while a delicate, contemporary soundtrack accompanies your gameplay.

The four higher value symbols include the game’s logo, the Mona Lisa, a self portrait and the Madonna Litte; jewels in red, green and yellow make up the lower values. The portrait symbols may appear as large, 2×2, scatter icons and these will multiply any wins by 2x, 3x or 4x.

The big, gold ‘Wild’ is of course wild and it will substitute for all others to help form winning combos except for the gold and purple bonus symbol.

This popular feature sees winning combos disappear (after the payout) to be replaced by more symbols falling in from above; more matches can then be formed and the process continues until there are no more wins. If there are any white spaces created under a giant portrait they will be filled with wilds symbols.

This is triggered by landing three bonus symbols anywhere on reels one, two and three in the base game and you’ll receive an initial six free spins. Now choose one of the three portraits on display which will award the following:

When the spins finish you may be randomly awarded up to six extra free spins.

We like the attention to detail in these Da Vinci, IGT slots with their use of genuine portraits to spice up the reel spinning action; the tumbling reels crank up the excitement here also and the RTP ranges from 92.55% to 96.37%. Recommended!