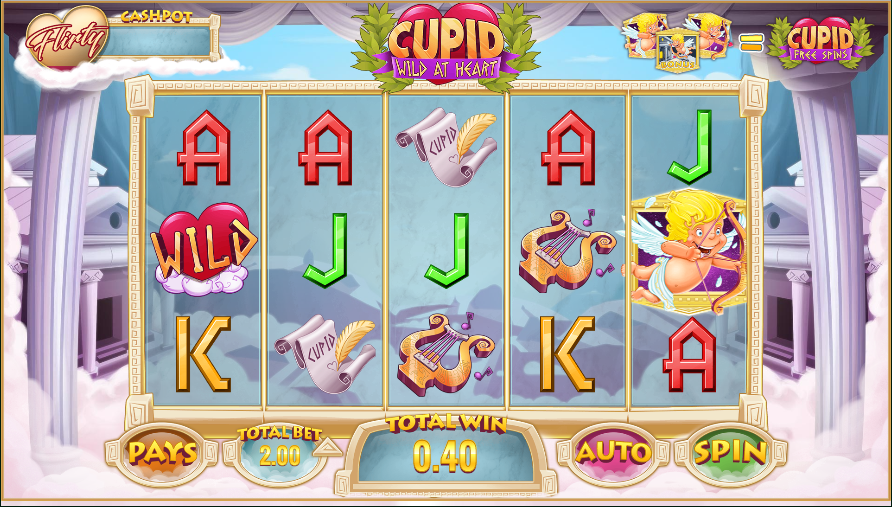 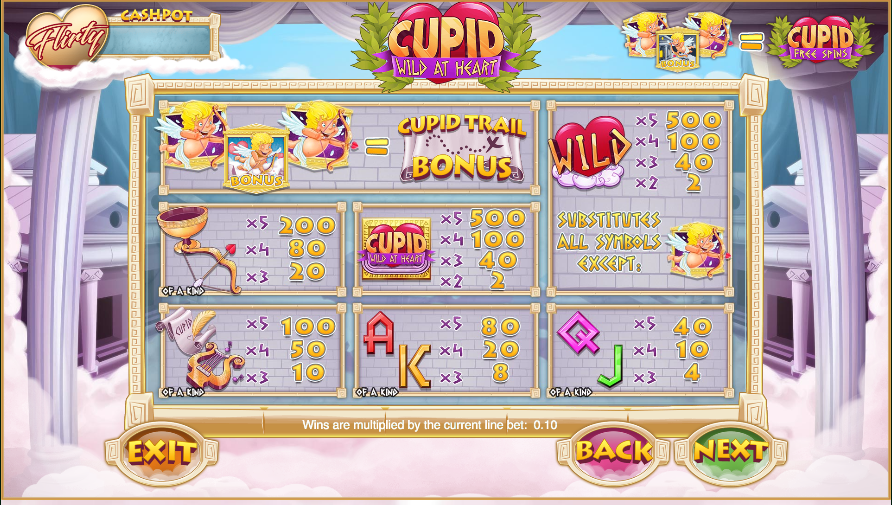 Cupid, the Roman god of love has been the theme of several online slot machines in the past but there’s always space for one more; the full title of this one is Cupid: Wild At Heart, it’s developed by Blueprint Gaming and you can find out about the various extra features in the article below.

Cupid: Wild At Heart is a five reel slot with three rows and twenty fixed paylines; we’re playing the game right up in the clouds amongst the marble temples of the gods and high peaks.

The high value symbols are all related to the theme and include a golden goblet, Cupid’s bow and arrow, paper and quill, the game’s logo and a harp; lower values are the standard J, Q, K and A.

The wild is represented by a big red heart on a cloud and it will replace all others in a winning combo except for the Cupid bonus icon.

This can occur randomly on any spin and one of the following features is awarded:

This is triggered by landing three of the Cupid scatter icons anywhere in view and the slightly different one on reel five will determine one of three bonus games:

This is won by triggering Cupid’s Cashpot from the Golden Hearts feature as described above.

Cupid: Wild At Heart is a high quality slot with lots of well thought out bonus features; it’s good fun and comes with an RTP of 95.24%.