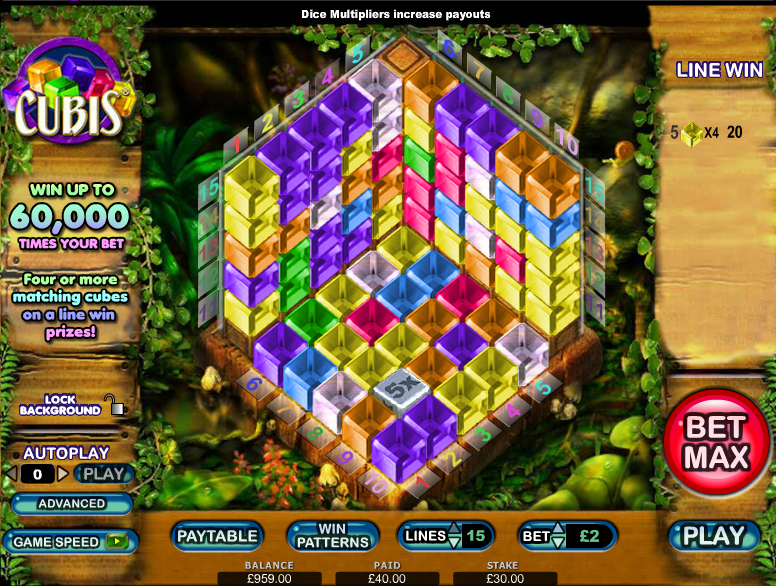 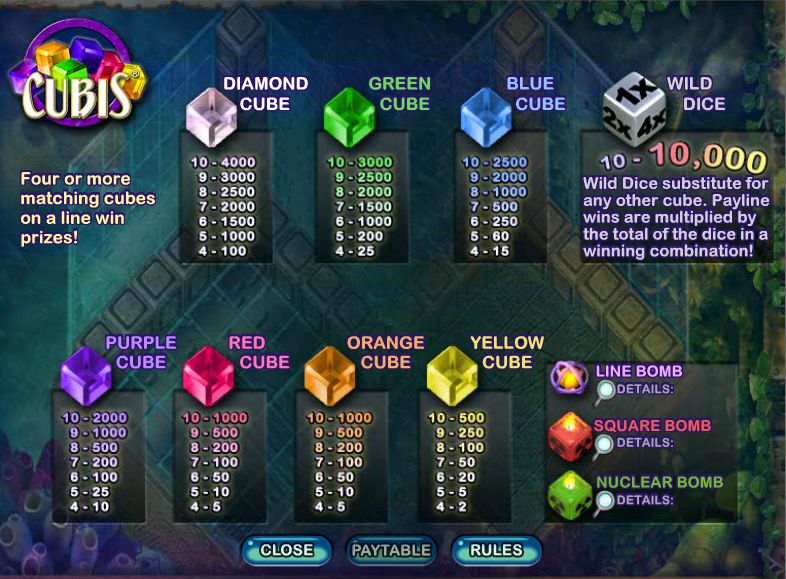 As you can see from the screenshot above, Cubis is a three dimensional affair in which all the constituent symbols are lined up against the inside walls of half a cube. We’ll get to the gameplay in a minute but to the left of centre are the Autoplay and Game Speed options and the option to lock the background scenery in place (it changes otherwise).  Underneath you can set the number of lines to play and the stake per line; to the right you can click ‘Play’ and you can also see the winning combos from your last spin.We like a bonkers online slot machine as much as anyone else and for that reason we’re delighted to have been able to spend some time playing Cubis.  It’s a Cryptologic production which blurs the lines between a traditional slot and the type of puzzle game best represented by, for example, Chain Reactors. 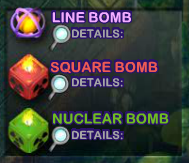 The idea in Cubis is to make vertical or horizontal lines of four or more; those lines can be just on one face of the cube or they can turn 90° onto another face.  There are seven different colour cubes and from low to high value they are yellow, orange, red, purple, blue, green and diamond.  The scarcity of the diamonds means that landing ten in a row will win you 4000x your line stake.

Click ‘Play’ and the coloured cubes on the board will disappear to be replaced by a new set; any lines of four or more will be highlighted and and will then disappear, giving more cubes the chance to fly in and take their place.  These new cubes can create more lines so it’s liking getting a free go!

There are also some randomly appearing bonus symbols as follows:

We love this game – just click Autoplay and watch enchanted as the cubes come and go, hopefully making you some money on the way.  The bonus symbols turn up regularly and make this is a game you can play for hours.