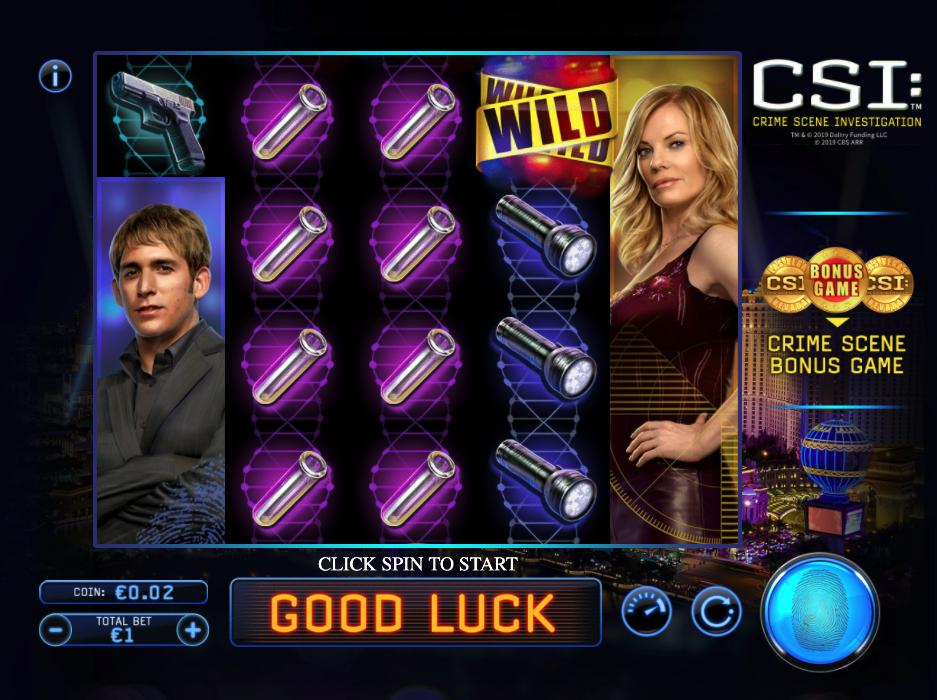 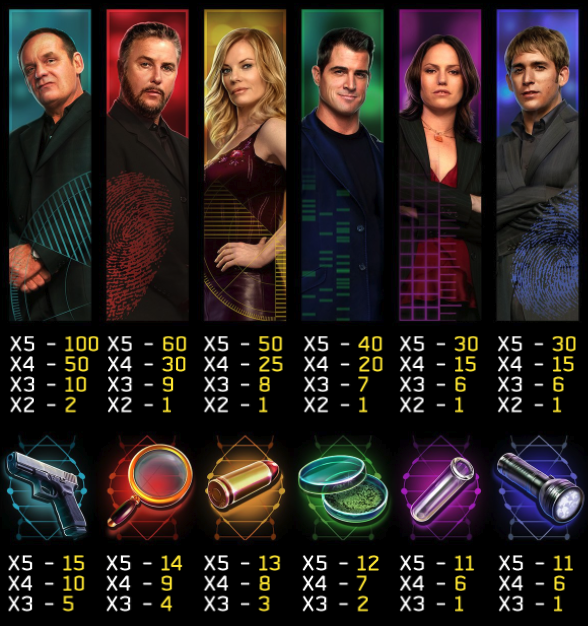 The CSI series of television programmes focused on the forensic work of a number of police laboratories around the United States and after fifteen years it finally drew to a close in 2015; CSI: Crime Scene Investigation is an online slot machine from Skywind based on that show and it comes with stacked symbols and themed bonus features.

CSI: Crime Scene Investigation is a five reel slot with four rows and fifty fixed paylines; the location for the action is Las Vegas and we can just about make out the bright lights of the strip behind those reels.

The higher value symbols are the six main characters from this story and they all appear stacked on the reels; the lower values are items associated with crimes and investigations such as pistols, magnifying glasses, bullets and torches.

The crime scene tape is wild and it appears on reels two to five; the gold CSI coin is the scatter.

If you can fill all positions on the reels with one of the character symbols you’ll receive an extra bonus prize of between 30x and 100x the stake, depending on the value of that character.

This is triggered by landing three CSI gold coins anywhere on reels two, three and four after which the middle coin flips round to reveal ‘Bonus Game’; you’ll now get to visit a crime scene and select from various items of interest which will reveal one of the following:

If you can find four pieces of evidence then the case is solved and the total win is multiplied by 2x.

This is triggered by landing three CSI gold coins anywhere on reels two, three and four after which the middle coin flips round to reveal ‘Free Games’; now you’ll be asked to select one of the six case files on show to reveal one character who’ll be the only symbol, along with one of the lower value symbols, to appear on the reels. Your eight free spins will then start and these can be retriggered an infinite number of times.

CSI is a slot which should appeal to all players but particularly those who may have been a fan of this show – the characters are all well-known and the bonus features tie in well with the crime theme. Wins are encountered quite regularly because only two characters are necessary to complete a successful combo.