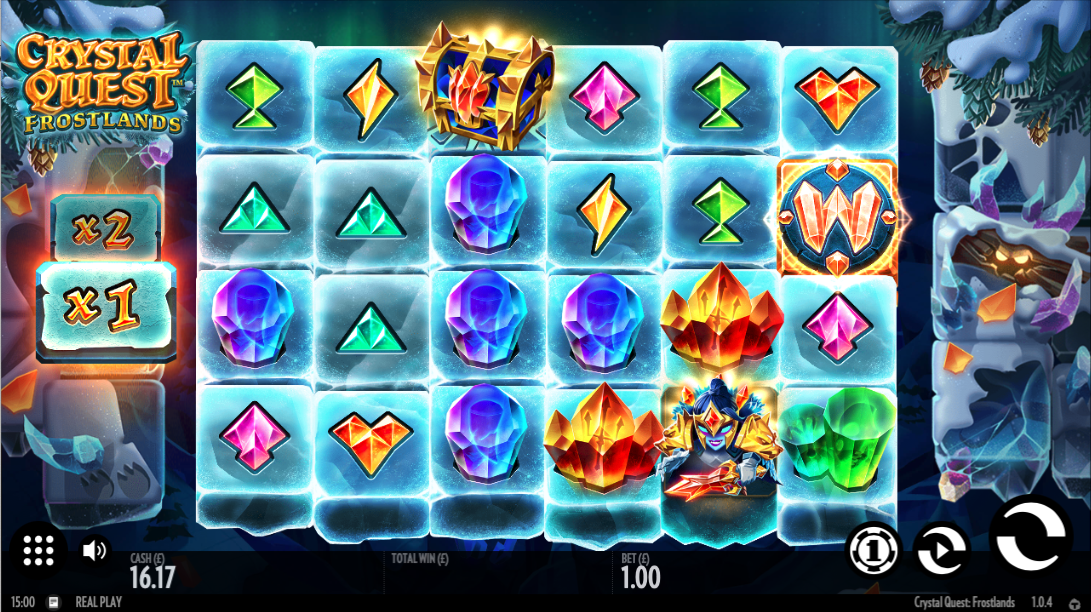 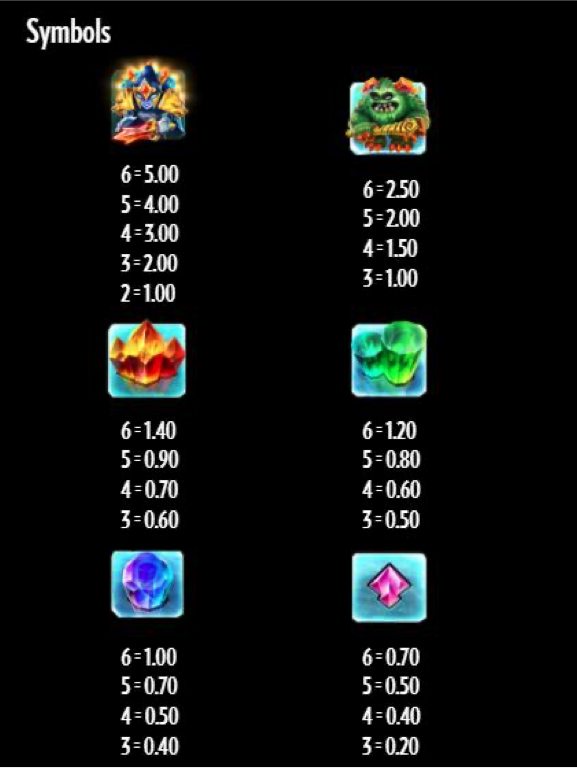 If you’ve previously enjoyed an online slot from Thunderkick called Crystal Quest Deep Jungle then this next game in the series should also satisfy those reel-spinning needs; it’s called Crystal Quest Frostlands and it tells the tale of Gemma as she negotiates the Lone Mountain and avoid the attentions of the Feral Commander and the Yetis while trying to win us some free spins with win multipliers.

Crystal Quest Frostlands is a six reel slot with four rows and 4096 ways to win; it’s a snowy and cold landscape in the Frostlands and look out for the multiplier ladder on the left hand side.

The higher value symbols indulge the Feral Commander clad in blue in gold, the green Yeti and some large crystals in orange, blue and green; smaller crystals in various colours represent the lower values. The big ‘W’ is wild and the treasure chest s the scatter symbol.

Any symbol which is part of a winning combination will disappear and be replaced by more falling in from above – this process will continue until there are no new wins and each successive Avalanche will increase the win multiplier by 1x. It resets when there are no new wins.

All regular symbols can land on the reels as 2×2 or 3×3 ones, squashing all symbols underneath until the hit the bottom.

Landing three of the treasure chest scatter symbols anywhere in view will award an initial twelve free spins with each extra scatter handing over three more. During this round two chests will award three extra spins and each additional chest on that spin two more.

As with any slots series there are plenty of similarities between the related games but it doesn’t matter when they are as enjoyable to play as Crystal Quest Frostlands; Avalanches, multipliers, free spins – what’s not to like?

Crystal Quest Frostlands is a fantasy-themed video slot from Thunderkick with six reels, four rows and 4086 ways to win.

The Return To Player percentage for Crystal Quest Frostlands is 96.16%.

How To Win On Crystal Quest Frostlands?

Where can I play Crystal Quest Frostlands?