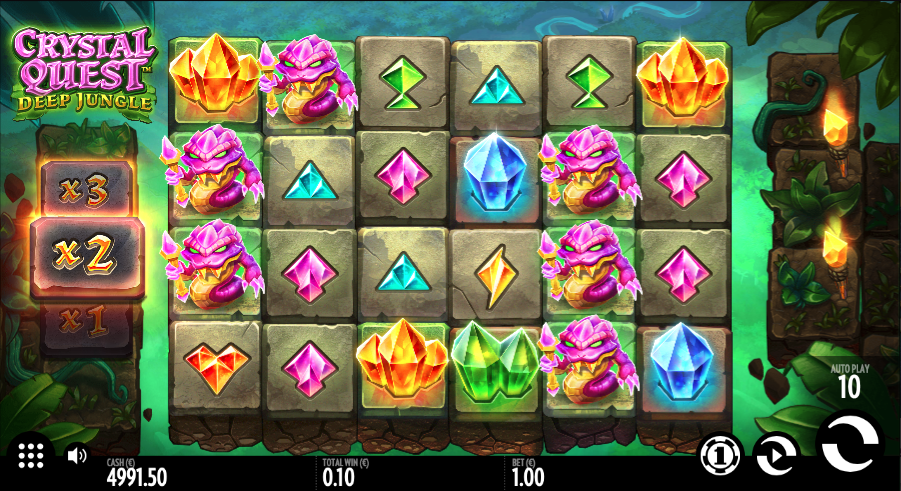 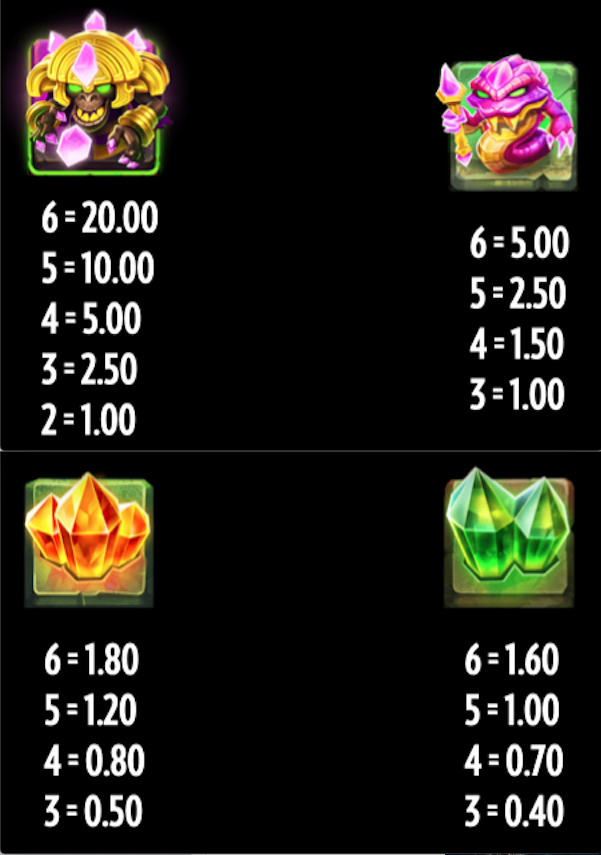 A steamy forest location awaits those online slots players intrepid enough to try out this colourful game from Thunderkick – it’s called Crystal Quest Deep Jungle and from £0.10 per spin you can look forward to the Avalanche feature, Mystery Symbols and free spins.

Crystal Quest Deep Jungle is a six reel slot with four rows and 4096 ways to win; the red-haired Gemma is the hero of this story and she finds herself searching for jewels in the ruins of some lost civilisation.

The pink ‘W’ is wild and it will replace everything except for the treasure chest scatter symbols to help form winning combinations.

Every symbol involved in a winning combination will disappear and be replaced by more falling in form above – new wins can then be formed which continues the process. Each successive avalanche increases the win multiplier by 1x and this is shown on the left hand side. When there are no more wins the multiplier resets back to 1x.

When the pink box mystery symbol lands all instances of it in view will transform into the same standard symbol, hopefully helping out with a win.

Landing three of the treasure chest scatter symbols anywhere in view will award twelve free spins plus three more for each extra scatter; when the round starts just two chests will add three free spins with any extra chests adding two more spins.

During this feature the multiplier will not reset between spins and you’ll also get to enjoy the Wild Explosion feature in which any wilds left over after a non-winning spin will explode and remove all symbols in the same row and reel.

Crystal Quest Deep Jungle has everything we expect from an engaging and entertaining slot with the Avalanche feature and free spins providing the main wins and entertainment – top notch stuff!