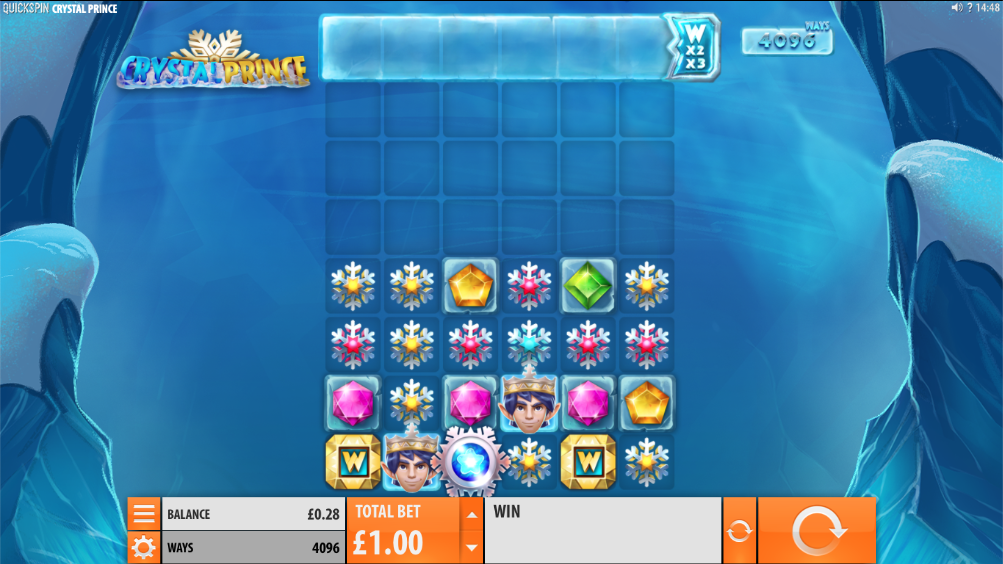 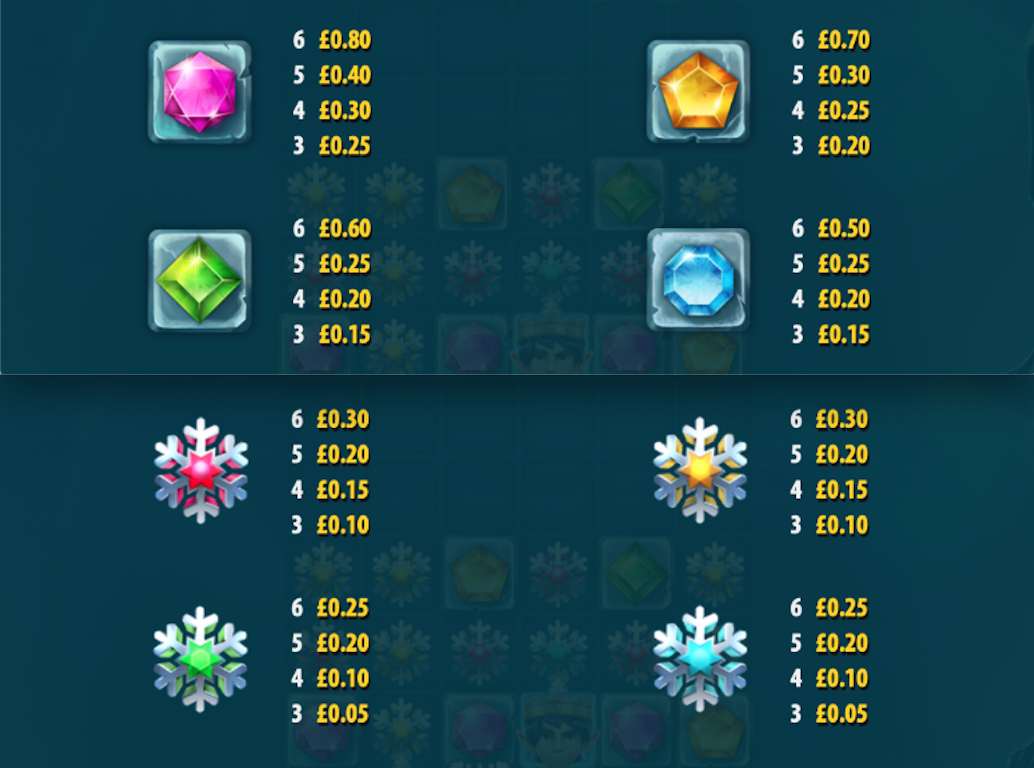 Keep heading north and eventually you’ll find a land cold enough to an online slot machine like Crystal Prince – this icy release is developed by Quickspin Gaming and from £0.20 per spin it tempts players with an expanding number of paylines, the Blizzard Mode and up to twenty free spins in the main feature,

Crystal Prince is a six reel slot with four rows and 4096 ways to win initially; ice surrounds the playing area and ice has also frozen the top row which can be broker as part of the Blizzard Mode.

The Prince is the highest value symbol and he’s followed by gems in pink, orange green and blue; snowflakes in similar colours represent the lower values. The golden ‘W’ is wild while the silver snowflake is the scatter symbol.

To describe this feature we first need to talk about how the gameplay works because any win will allow an extra row of symbols to fall down from above – if that new row creates or adds to an existing winning combo then another row will fall down. With each extra row the number of paylines increases.

The Blizzard Mode is triggered when you reach the icy eighth row (the Blizzard Seal) and create a combo there also; there are now 262144 paylines in play and all the symbols not part of any winning combos will disappear while all the other symbols will fall down. More rows are now added to try and make more wins and the round ends when there are no more.

Landing three, four, five or six of the silver snowflake scatter symbols anywhere in view will award 8, 10, 15 or 20 free spins respectively; during this round up to four multiplier wilds (up to 3x) are added to the reel set at the start of each spin. Three extra spins can be earned b landing two scatter symbols.

Depending on the casino you may be able to buy your way straight into this feature for 60x the stake by clicking the ticket to the right of the ‘Spin’ button.

Crystal Prince combines some good looks, innovative gameplay and clever bonus features to create a really entertaining slot which cranks up the number of paylines and hopefully the big wins in the bonus features. Tip Top!