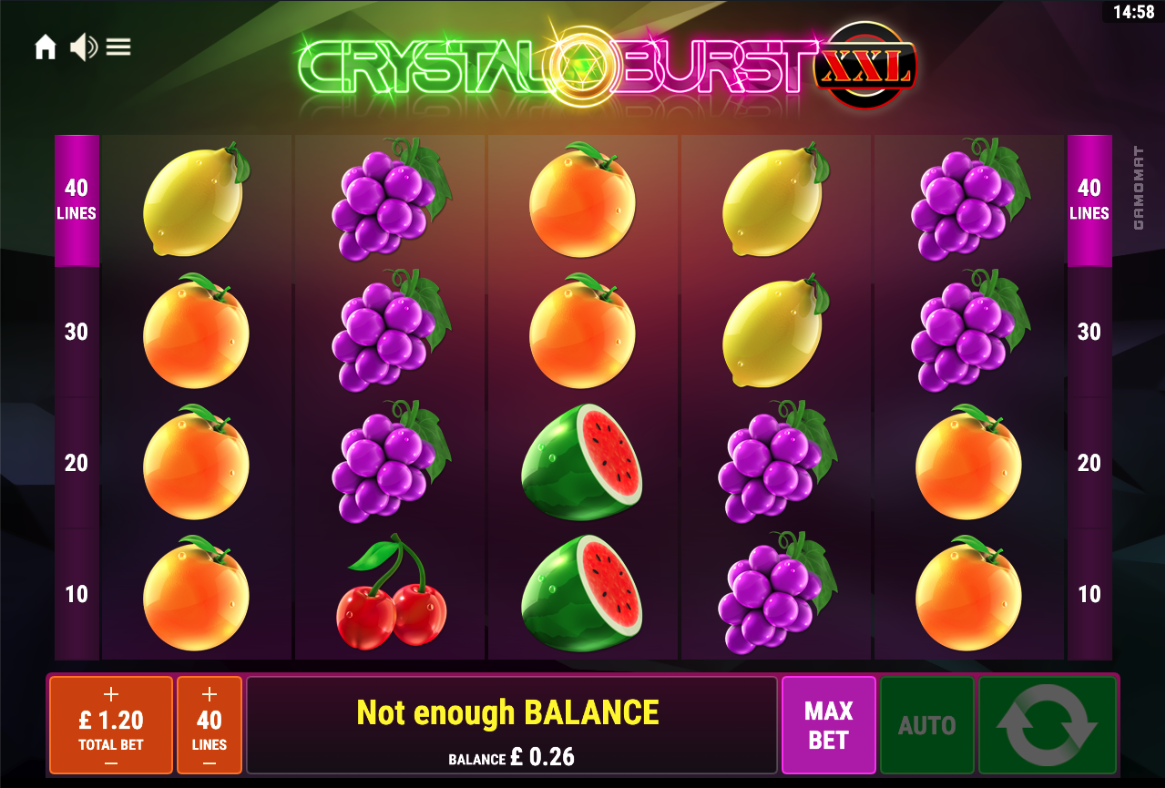 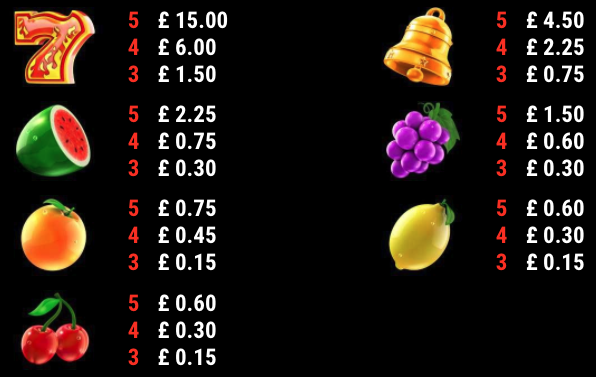 For some of us fruit is merely a healthy snack but for others it’s the basis and inspiration of many online slot machines including this one form Gamomat – it comes with the title of Crystal Burst XXL and it tempts players with an expanding wild gem and wins in both directions. Spin cost £0.40 to £24.00.

Crystal Burst XXL is a five reel slot with for rows and a choice of ten, twenty, thirty or forty paylines – select your preference simply by clicking the numbers to the left and the right of the reels. Those paylines are effectively doubled though because wins can be formed from both directions.

There are some traditional symbols in use here and they include red and gold sevens, watermelons, oranges, cherries, golden bells, bunches of grapes and lemons; the green gem is wild and as well as doing all the usual substituting stuff it comes with a bonus feature which we’ll described in detail below.

Landing the green gem wild symbol anywhere on reels two, three and four will kick this feature off and the first thing you’ll notice is that it will expand to fill all positions on its reel – any payouts will then be made.

The second part of this feature is a free respin with that wild reel held in place to try and grab some more wins.

There are two gamble features available to players after each win:

Of course using the gamble feature is also a dangerous way to lose what you’ve just won so take care!

Crystal Burst XXL is a fairly simple slot in terms of gameplay but a stylish one also which values quality over multiple extra features – watch out for the gamble feature though!