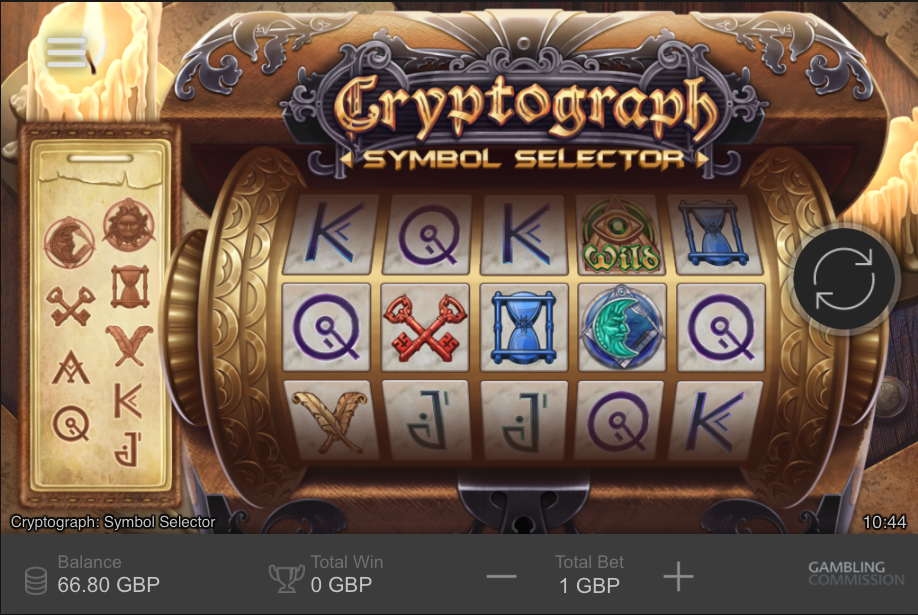 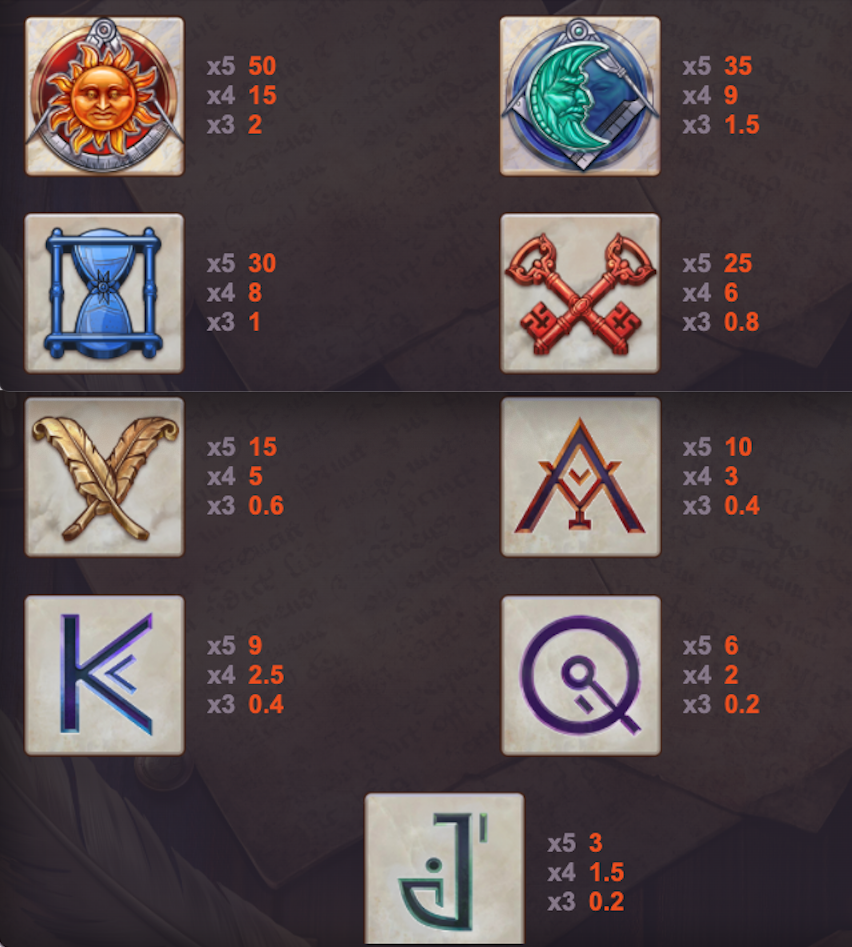 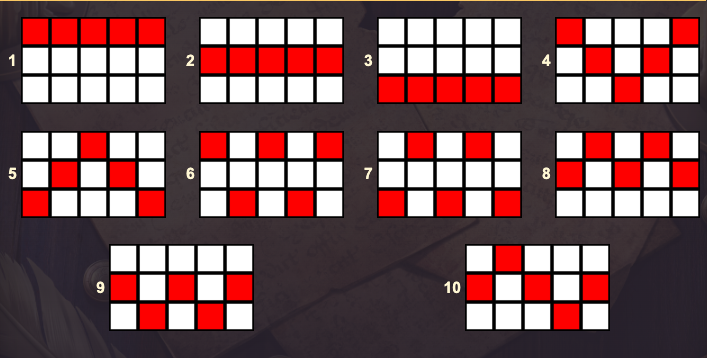 Author Dan Brown and his 2003 novel The Da Vinci Code have a lot to answer for in terms of the promotion of symbology and quasi-factual stories but they were good fun at the time and sometimes they lead to clever online slots such as this one from Bet365 Originals – it’s called Cryptograph: Symbol Selector and as well as free spins it does with a clever base game feature which can randomly removes symbols on each turn.

Cryptograph: Symbol Selector has five reels and ten paylines and it’s attractive design means that the reels spin on the side of this cylindrical cryptograph, challenging us to find the correct combination to open it. The list of regular symbols is displayed on the left hand side and we’ll explain the need for this shortly.

The high value symbols are a variety of masonic/illuminati-inspired icons sun as the sun and moon with the sextant, the hourglass, the feathers and the crossed keys; J, Q, K and A represent the lower values. The Illuminati eye is wild and the Vitruvian Man is the scatter.

On every spin there’s a chance that one, some or all of the regular symbols can be removed from the reels and be replaced by the remaining ones. If all symbols are removed then wild symbols will fill all the positions for a really big win.

This is activated by landing three of the Vitruvian Man symbols anywhere on reels one, three and five for ten free spins which unfortunately can’t be retriggered. The Symbol Selector is active during the spins and and wins will pay from right to left as well as from left to right, doubling the paylines from ten to twenty.