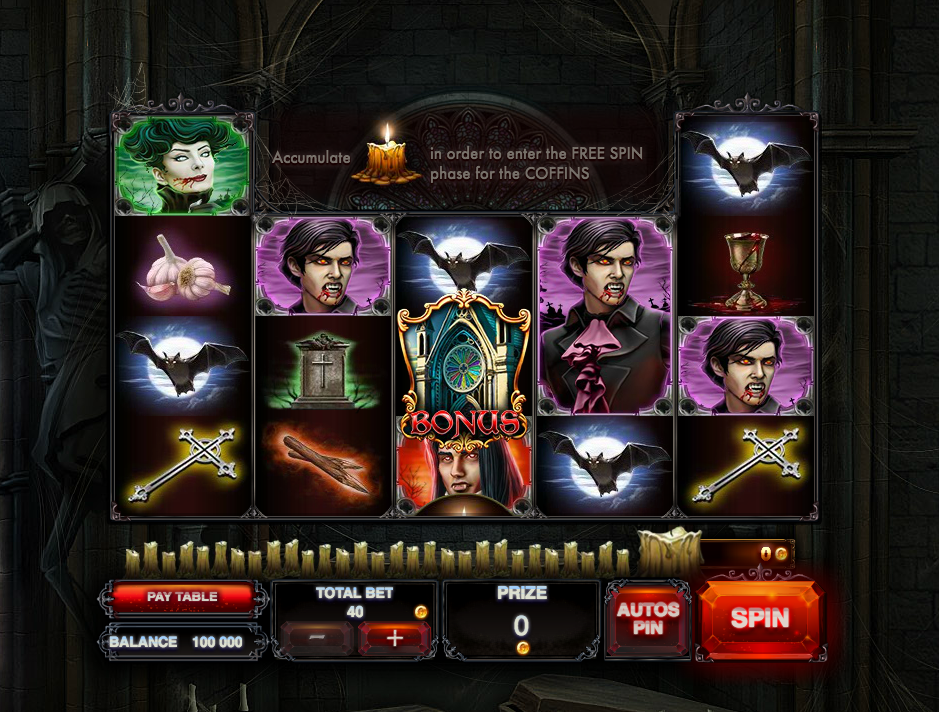 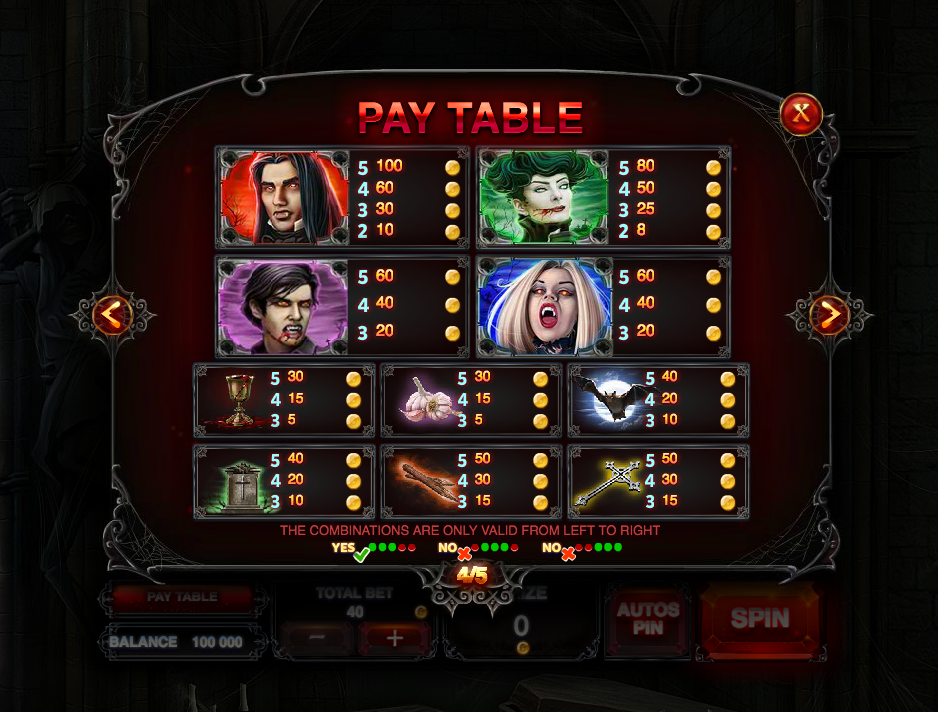 When Bram Stoker first wrote about vampires in 1897 he probably had no idea that his creations would one day form the theme for an online slot on the subject. In fact there are many and Crypt of the Vampires is another to add to that growing list; it’s developed by Red Rake Gaming and it comes with some creepy but innovative bonus features – read all about it below.

Crypt of the Vampires is a five reel slot with three/four rows which means it has a slightly unusual number of paylines – 432. All the action takes place in a dark, spooky crypt and there’s a brooding soundtrack which fits the theme very well.

All the symbols are related to the theme and include four different vampire characters, a cup of blood, a clove of garlic, a bat, a grave, some stakes and a large cross.

The wild symbol is a blood red icon which can substitute for all others except the candle and crypt bonus symbols.

Below the reels you will notice 30 unlit candles and these gradually light up as candle bonus symbols land on the reels. When they are all lit you will play the free spins round with the winning sum which has accumulated with the candles.

Initially you must choose one of the four coffins on display which will reveal one of the vampire characters along with 12, 14, 16 or 18 free spins. When the spins start all vampires will be transformed into the one revealed in the coffin.

This is triggered by landing three of the crypt bonus symbols on reels one, three and five; the third bonus symbols will determine the number of spins awarded on the wheel of fortune.

There are five possible outcomes of the wheel:

This is triggered when a stacked vampire fills reel one – all other vampires on the reels will now transform to match that one.

This can randomly in any spin and you will see up to eight wilds added to reels two, three, four and five.

Crypt of the Vampires is an atmospheric slot which perhaps takes it’s inspiration from Hammer House of Horror movies; there are plenty of bonus features to enjoy and some spooky sound effects thrown in as well.