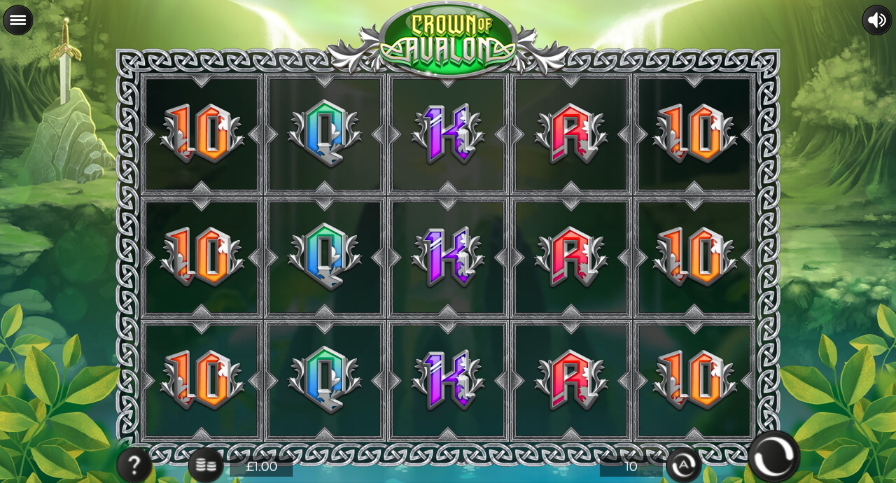 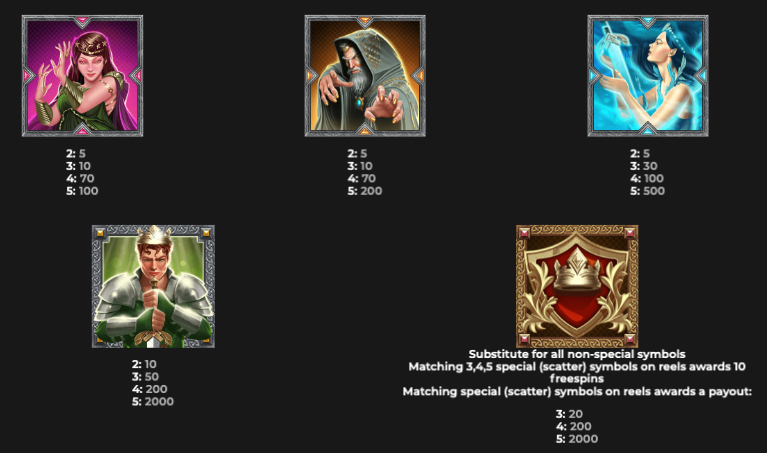 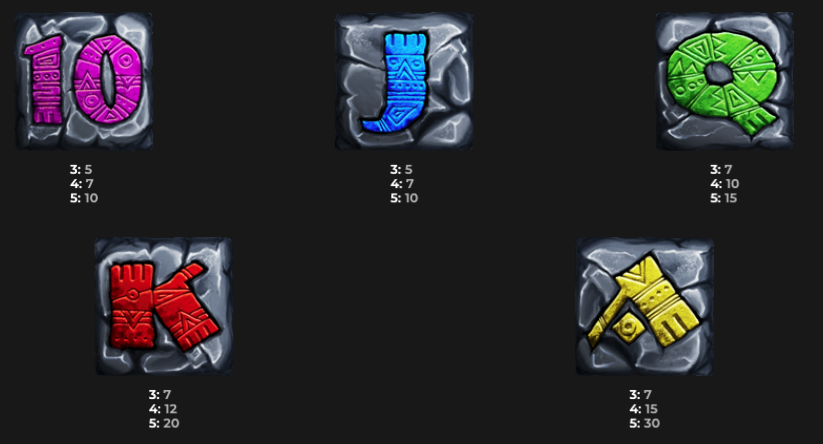 Not only was King Arthur the ‘once and future king’ of England, he’s also the theme of a fair number of online slot machines including this one from Iron Dog Studios; it’s called Crown of Avalon and it tempts players with free spins and expanding wild symbols.

Crown of Avalon is a five reel slot with three rows and ten fixed paylines; a Celtic band runs round those reels which sit against a backdrop of water surrounded by medieval greenery and the sword Excalibur still wedged into the stone.

High value symbols include King Arthur, the Lady in the Lake, Merlin and Morgana; 10, J, Q, K and A make up the lower values; Excalibur’s hilt is wild and it only appears on the top row of reels but when it lands it will expand to fill all positions below, replacing all standard symbols to help form winning combinations. The red and gold shield is also a wild and the scatter symbol.

Trigger this by landing three, four or five of the shield scatter symbols anywhere in view and your reward will be ten free spins; one of the standard symbols will be selected at random before the spins start and it will expand to fill all positions on its reel whenever it land; as long as there enough on a payline it will payout without having to be on adjacent reels.

Landing three more scatters during this round will award an extra ten free spins.

Crown of Avalon’s a fairly standard slots outing without much in the way of innovation; still, it’s a playable enough game, especially with the addition of those expanding Excalibur wilds in the base game.