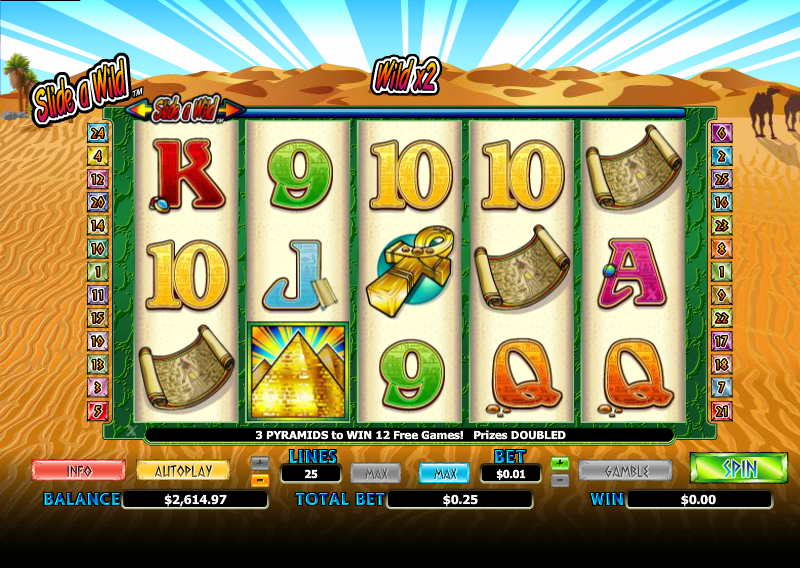 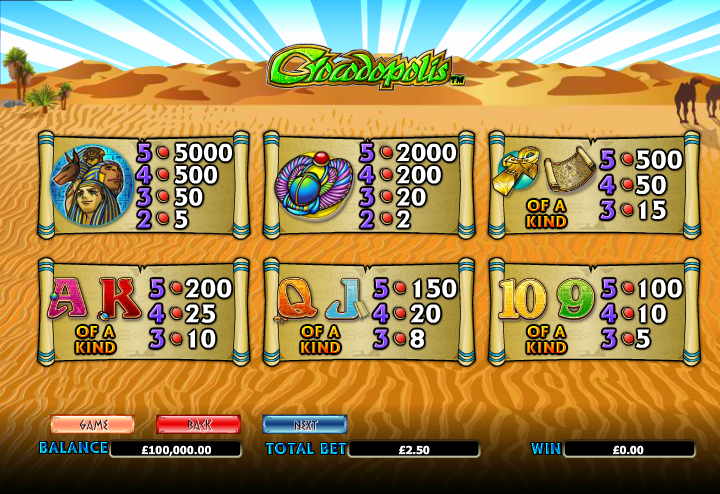 Amongst a very crowded genre, there’s always room for another Egyptian-themed online slot and this one’s from Microgaming, a company which knows what it’s doing when to comes to slots development. Well-read slots fans will of course know that the crocodile was culturally significant in Egyptian society and that the crocodile god, Sobek, watched over the important River Nile.

Crocodopolis is a five reel and twenty five payline slot set in a desert occupied by camels and scorpions; it also includes a nice feature we’ve not seen before referred to as ‘Slide a Wild’, more of which later.

While the minor symbols are 9, 10, J, Q, K and A, the more valuable symbols are an ankh, hieroglyphics on papyrus, an ornamental scarab and a group of Egyptian gods. The wild symbols is the crocodile god himself and there’s a free spins feature which is activated by the golden pyramid scatter symbol.

There’s a small learning curve here and we’ll provide the instructions; there’s a Slide A Wild slider which can be placed above one of the reels and if the wild symbol lands in that particular reel, special things happen.  Those things are as follows:

Three golden pyramid scatter symbols anywhere on the reels will reward you with 12 free spins and the good news is that any wins will be doubled during this feature.  Even better news is that the spins can be re-triggered by landing more pyramids.

Your winnings can then be gambled in the feature as described below.

Grab that most recent win or even your free spins haul and click the ‘Gamble’ button underneath the reels; you can now try to double or quadruple that amount by predicting either the colour of the next card to be drawn or it’s suit.  Get it wrong and it’s back to the reels with nothing.

The choice here is whether to go for more Slide A Wild wins on reel one with a 2x multiplier or take the risk of moving it further along for bigger prizes but a less likely chance of winning.  We’d go for the former.

So it’s a another Egyptian-themed slot but at least it introduces an innovative feature to differentiate it from the others; the sound effects are also quite entertaining so this is well worth a few minutes of your time.