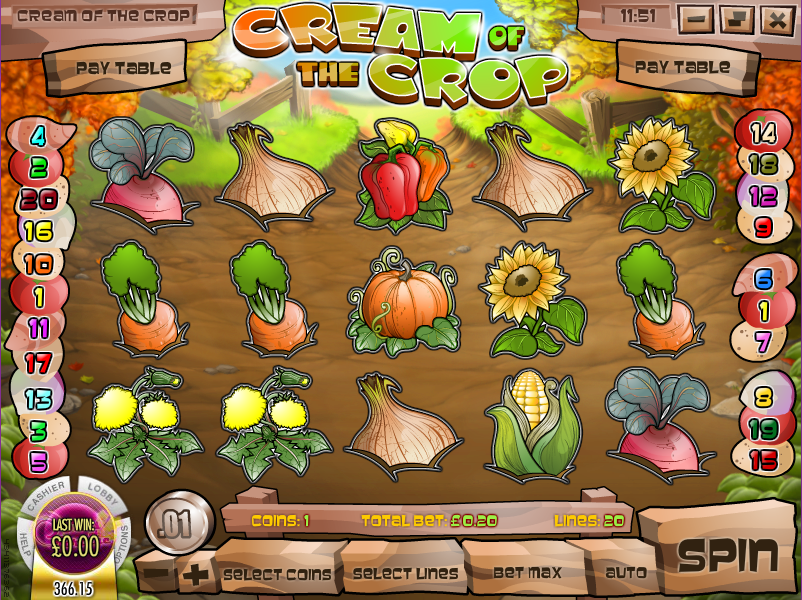 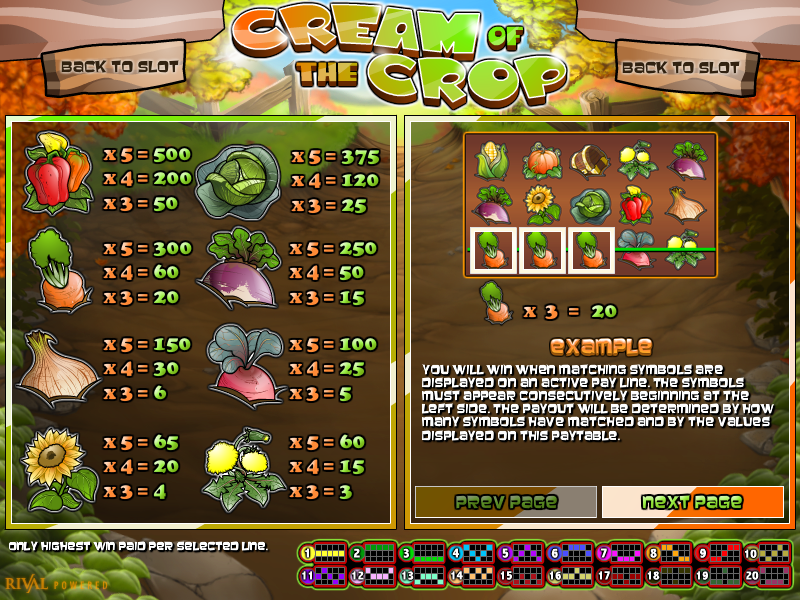 Farming is an unusual theme for an online slot machine but Cream Of The Crop is certainly not the first we’ve seen. In fact we’ve reviewed enough on the subject to have picked our top five and you can that list by clicking here.  Back to Cream Of The Crop though – it’s from Rival Gaming and it’s a worthy addition to the farming genre but is it good enough for our top five? Read on to find out.

Cream Of The Crop is a five reel slot with twenty paylines and it opens with a cute intro movie featuring small animals and agriculture. When the game starts the background to the reels is a ploughed field ready for sowing. The reels don’t spin in the normal way – seeds drop into the ground and grow to reveal the symbols.

The main symbols are all growing things and include a weed, a sunflower, a turnip, an onion, a radish, a carrot, a lettuce, peppers, a pumpkin and some sweetcorn.

Special symbols include a rabbit wild and a half-buried chest which represents the scatter symbol.

Our little wild rabbit only appears on reels one, three and five but it will expand to fill all spaces on it’s reel if it can make a win somewhere. This opens up more winning possibilities for the player.

Trigger this feature by landing three or more of the chest scatter symbols anywhere on the reels. You will now be shown a screen full of symbols which you must click one by one to reveal a vegetable, a chest of the weed. They award the following:

The spins will now start; there’s no multiplier for your wins here but the expanding wild rabbit features and helps you out with your winning combos. As you can see from the video above it’s possible to re-trigger the feature again by landing more chest scatter symbols.

Cream Of The Crop doesn’t quite make our top five but it’s well worth playing anyway; the graphics and animations are good fun and the bonus features have that added extra which raise them above the norm.