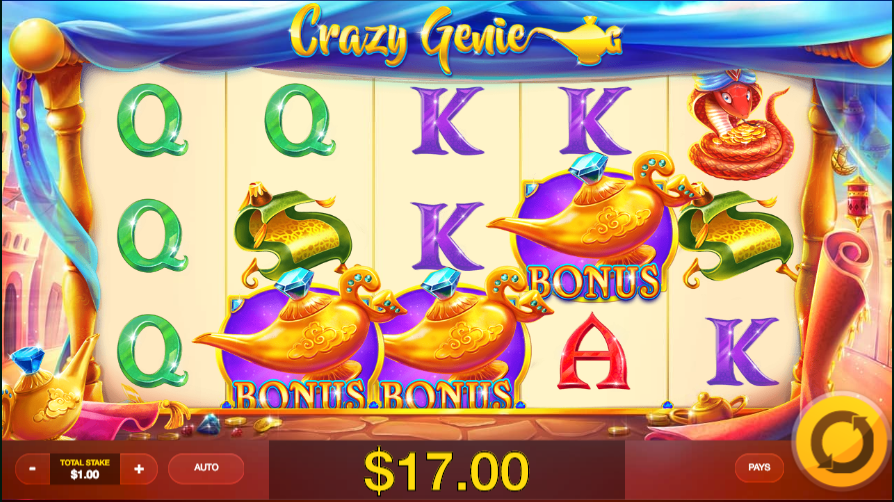 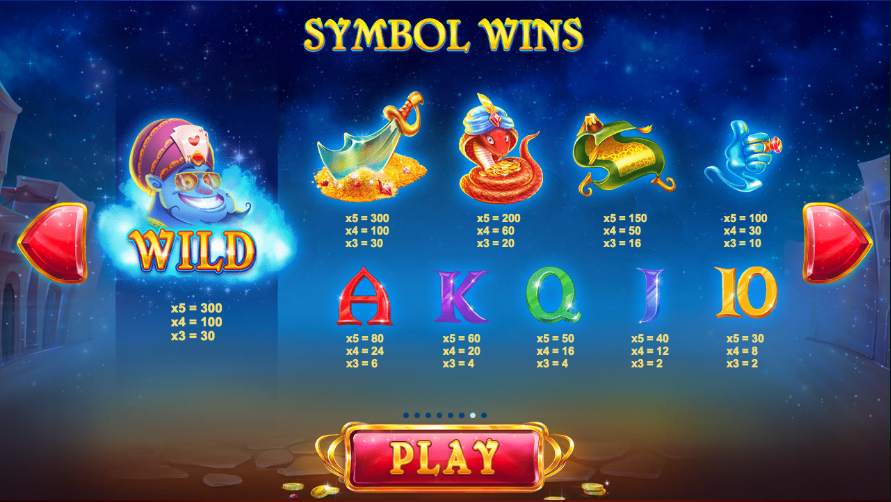 If we were old enough we’d look back fondly on a time when rubbing a lamp would cause a genie to emerge and grant our wishes; as it is we have to experience this age vicariously and in this case through Crazy Genie, an online slot machine developed by Red Tiger Gaming with a clever bonus feature and a progressive jackpot – find out how it works below.

Crazy Genie is a five reel slot with three rows and twenty fixed paylines; those reels spin within the entrance to a tent behind which are the buildings and blue sky which set the Arabian scene. The magic lamp gleams in the bottom  left hand corner.

The high value symbols are a scimitar buried wedged in a pile of coins, a blue-hatted snake, a magic green carpet and the genie’s blue hand; 10, J, Q, K and A make up the lower values.

The genie himself is wild and he will replace all others to help form winning combinations except for the magic lamp scatter.

This is triggered by landing three of the magic lamp scatter symbols anywhere on reels two, three and four; you’ll now get to spin the Wheel of Bonuses which will award one of the following five features:

On any spin the genie can appear and award the following:

This is triggered from the base game by landing three of the jackpot symbols which will either award the Mega, Super or Quick Hit prizes shown to the left of the reels. There’s also a Daily Jackpot which must pay out before the time shown.

There’s a cheerful, cartoonish vibe to Crazy Genie which hides a multitude of extra features and Red Tiger’s popular progressive jackpot prize; it seems relatively easy to trigger those features which is always good news and there’s an RTP of 96.22%.