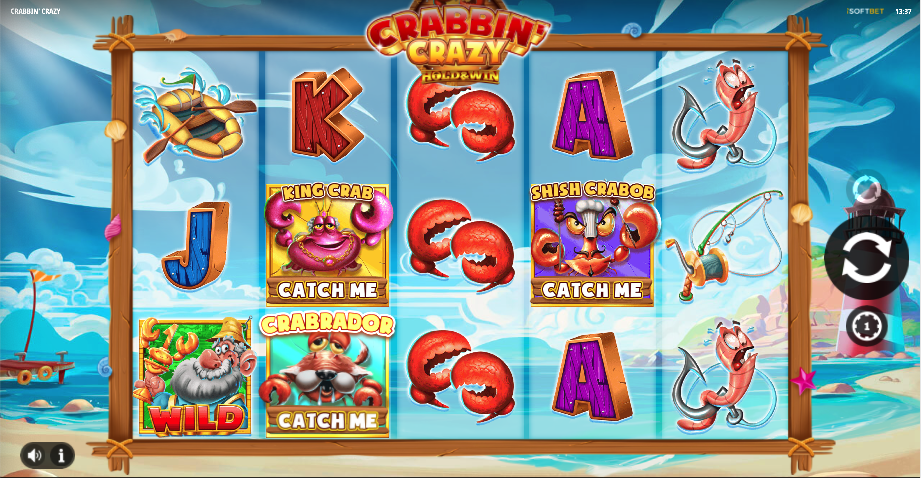 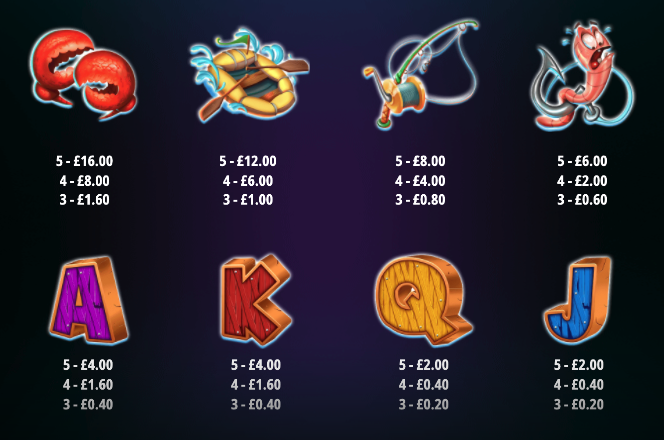 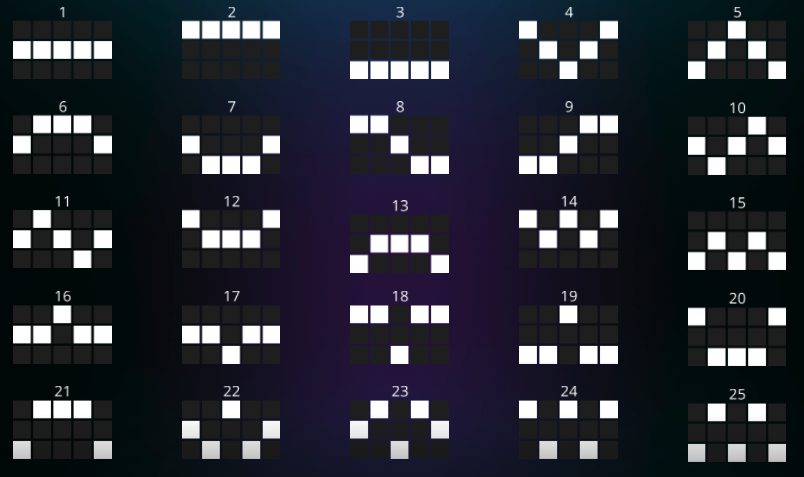 Catching crabs with a bucket and a handheld line is a seaside pastime many of us will remember from childhood and here it’s brought to the spinning reels in this online slot from iSoftBet; it’s called Crabbin’ Crazy and its cancrine characters will be doing their best to help players out with free spins and Go Crabbin’ respins.

Crabbin’ Crazy takes place on a sunny, breezy beach and those five reels and twenty five paylines spin within a hastily-constructed wooden frame, no doubt the result of collected driftwood.

The four higher value symbols include lobster claws, a rubber dinghy, a fishing rod and some nervous bait; J,, Q, K and A are the lower values. The fisherman is wild and the special symbols are the fishing boat and the ‘taxi crab’.

This is triggered by landing three of the fishing boat symbols anywhere on reels one, three and five and during this feature you’ll experience ‘In Sync’ reels in which up to five reels will spin the same symbols.

Landing five of the taxi crab symbols anywhere in view will kick this feature off; those five will turn into Catch Me crabs and you’ll receive three respins which will reset to three each time any more Catch Me Crabs land. Each crab will display a value which will be collected and awarded at the end of the round. A fisherman appearing will collect all the crabs caught so far to create more space.