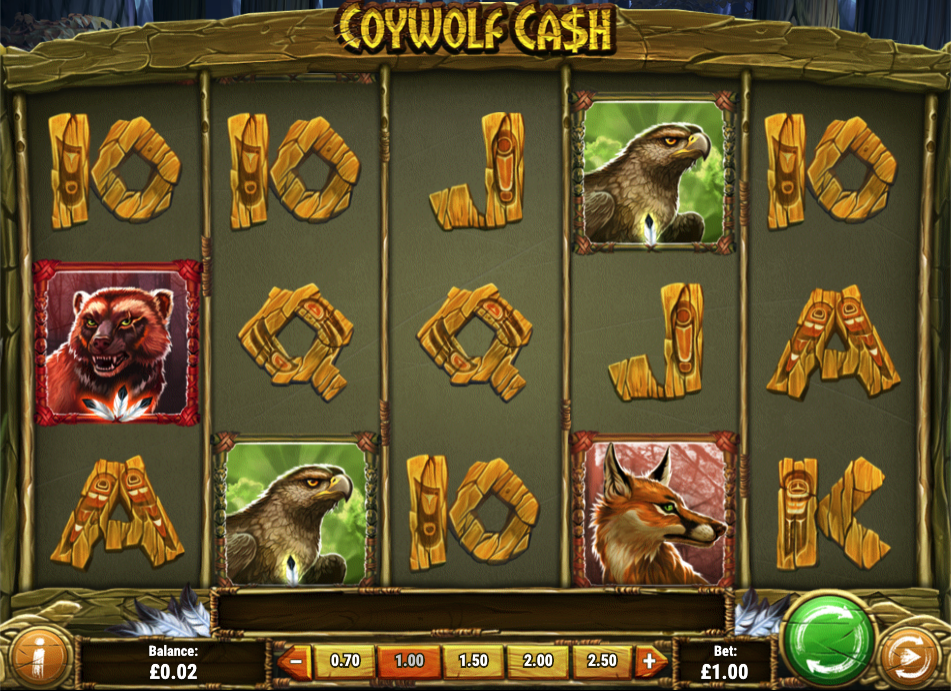 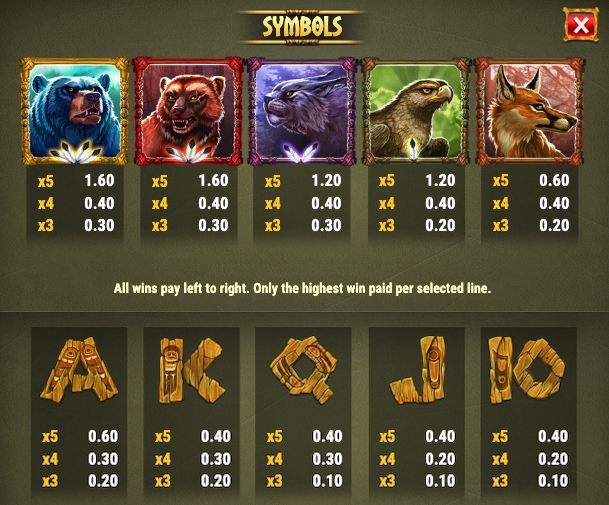 Hands up if you’ve never heard of a Coywolf – yep we hadn’t either but apparently it’s some sort of coyote/wolf cross resident in North America; for our purposes it’s also the theme of this online slot Play N Go called simply Coywolf Cash and it promises players wild reels and free spins.

Coywolf Cash is a five reel slot with three rows and fifty fixed paylines; spears lean against the carved wooden frame which holds those reels and there are some entrancing sound effects to accompany your gameplay.

The animals in this story represent the high value symbols and they include the bear, the mountain lion, the eagle, the fox and the wild cat; 10, J, Q, K and A make up the lower values.

The mask and the two different Coywolves are wild and as well as substituting for other symbols they also have their own features described below; the totem is the scatter symbol.

The wild mask appears only on reel three and when it does it will activate the wild reel – a horizontal reel now spins above the reels containing Alpha Coywolves and blanks and when it stops spinning the reels below the Coywolves will turn completely wild.

Landing three, four or five of the totem scatter symbols will award 8, 11 and 15 free spins respectively; all the action takes place in the horizontal reel during this feature because if the mask scatter lands there it upgrades the wilds to become multiplier wilds and allows the reel to spin twice, creating the possibility of all reels below the Alpha Coywolves turning completely wild.

Landing a totem scatter on the horizontal reel will award an extra two of four free spins and there’s no upper limit. In addition stacked regular wild symbols appear on reels two and four.

Coywolf Cash lives up to the usual entertaining standards of Play N Go releases and this one’s clever in the way it integrates the horizontal reel into the base game and free spins. Highly recommended!