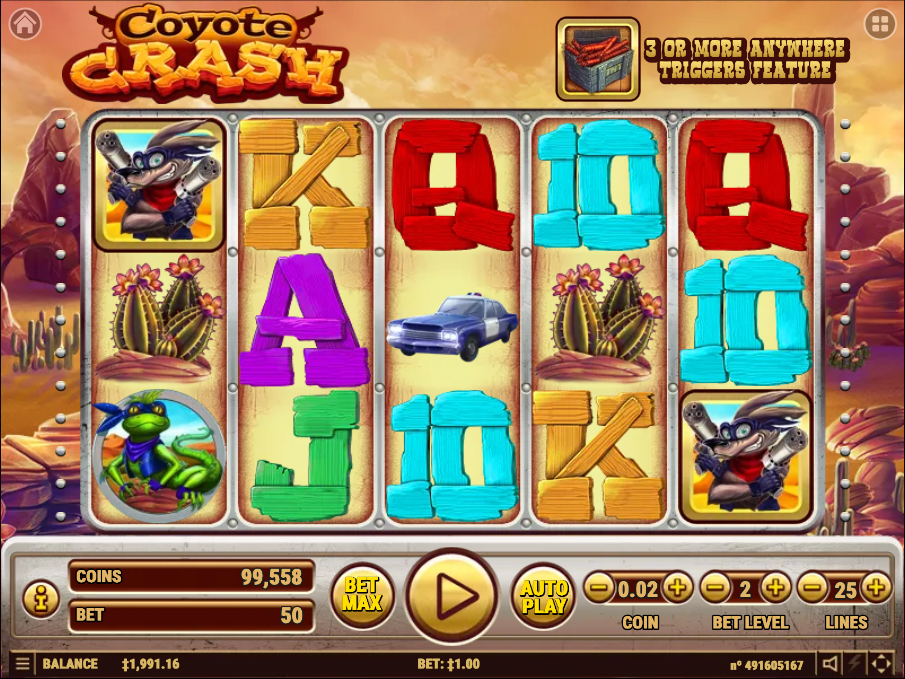 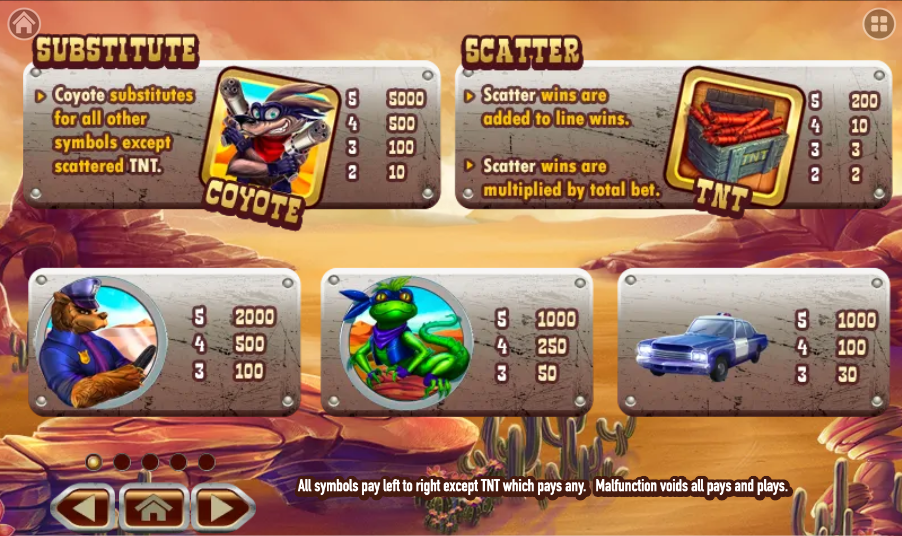 The location is the desert and the theme is an alternate universe where animals occcupy human roles, police work is carried out by a bear and the coyote is the bandit – this is Coyote Crach, an online slot from Habanero Systems which offers players cartoon action and up to fifty free spins with win multipliers.

Coyote Crash is a five reel slot with three rows and up to twenty five paylines; there’s an odd xylophone soundtrack to the gameplay which takes palce against a backdrop of red skies, rock stacks, cacti and sand.

The higher value symbols include the ursine police officer, the masked lizard, the police car, the cactus and the red scorpion; 9, 10, J, Q, K and A represent the lower values.

The coyote himself is wild and he will replace all standard symbols to help form winning combinations; the box of TNT is the scatter symbol which activates the main feature.

This is triggered by landing at least three of the TNT scatter symbols anywhere in view for which you will receive the following:

If fifty free spins isn’t enough to pique your interest then how about the fact that all wins will be quadrupled in this round? Or the fact that more spins can be retriggered from within this round by the same method? You get the idea.

Coyote Crash combines some amusing, cartoonish graphics with plenty of free spins and a strange soundtrack and the result is an enjoyable slot with some money to be won in the feature – try it!