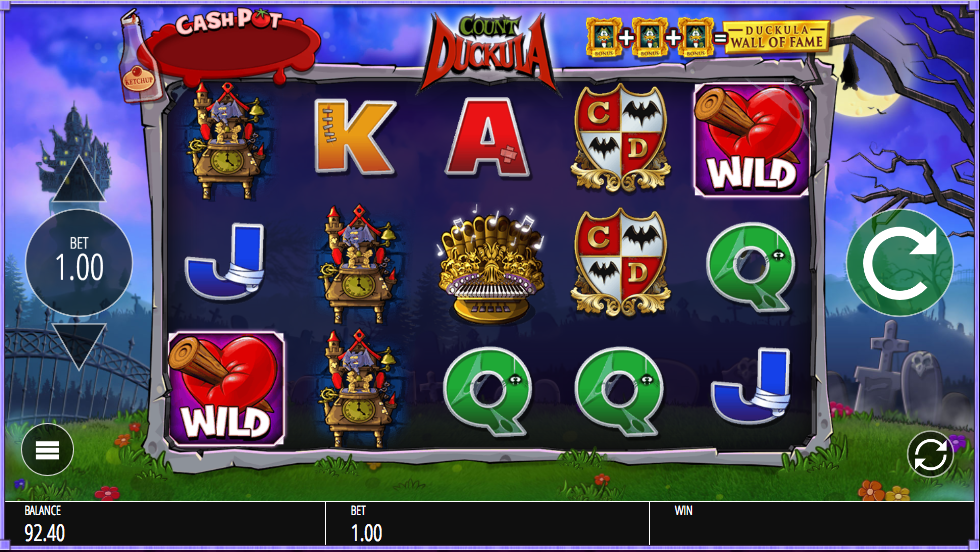 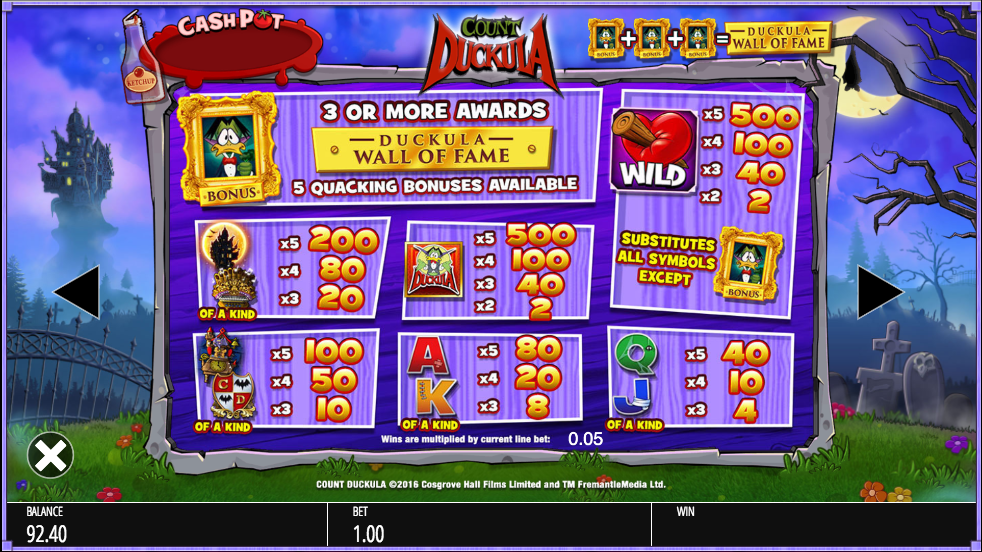 If you were the correct age to be watching cartoons on British telly in the late 1980s and early 1990s then you will no doubt have encountered Count Duckula, the popular Danger Mouse spin off; this comedy villain now has his own online machine and very good it is too – find out all about it below.

Count Duckula is a five reel slot with three rows and forty fixed paylines; those reels are set into a tombstone resting on the grass of a graveyard with Duckula’s lofty castle just visible in the distance.

The higher value symbols are Duckula’s castle, his huge organ, the bat, his coat of arms and an ornate clock; J, Q, K and A are the lower values.

The stake through the heart is wild and it will substitute for all others to form winning combos except for the Count Duckula bonus symbol.

On any base game spin, Duckula, Igor or nanny can appear next to the reels and award one of the following features:

This is triggered by landing three or more of the Count Duckula bonus symbols anywhere in view and one of the following five features will be awarded:

Anything based on Count Duckula has got to be good in our book and this is a slot which is high quality, action packed and full of features; it’s good fun and comes with an RTP of 93.35%.