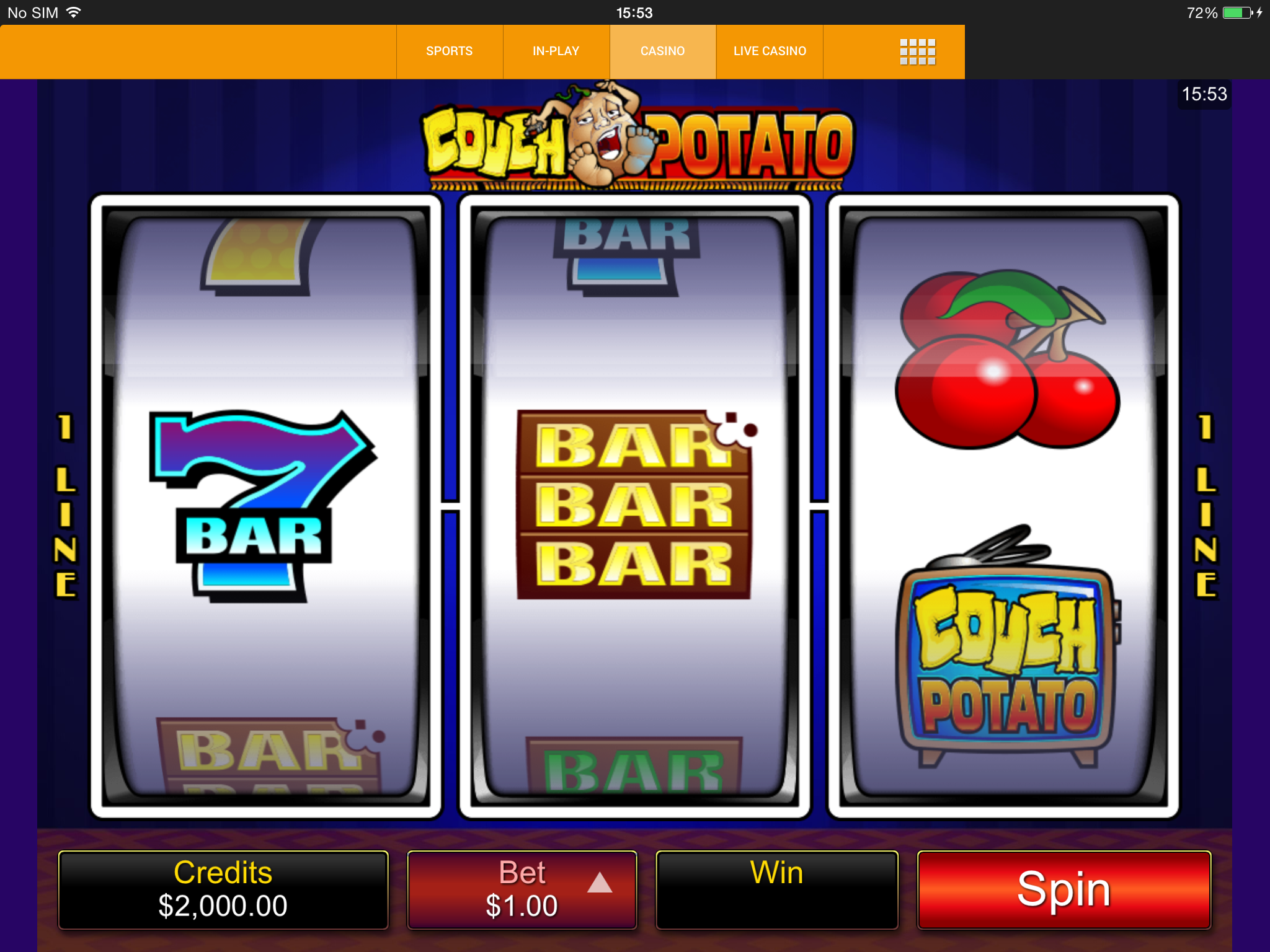 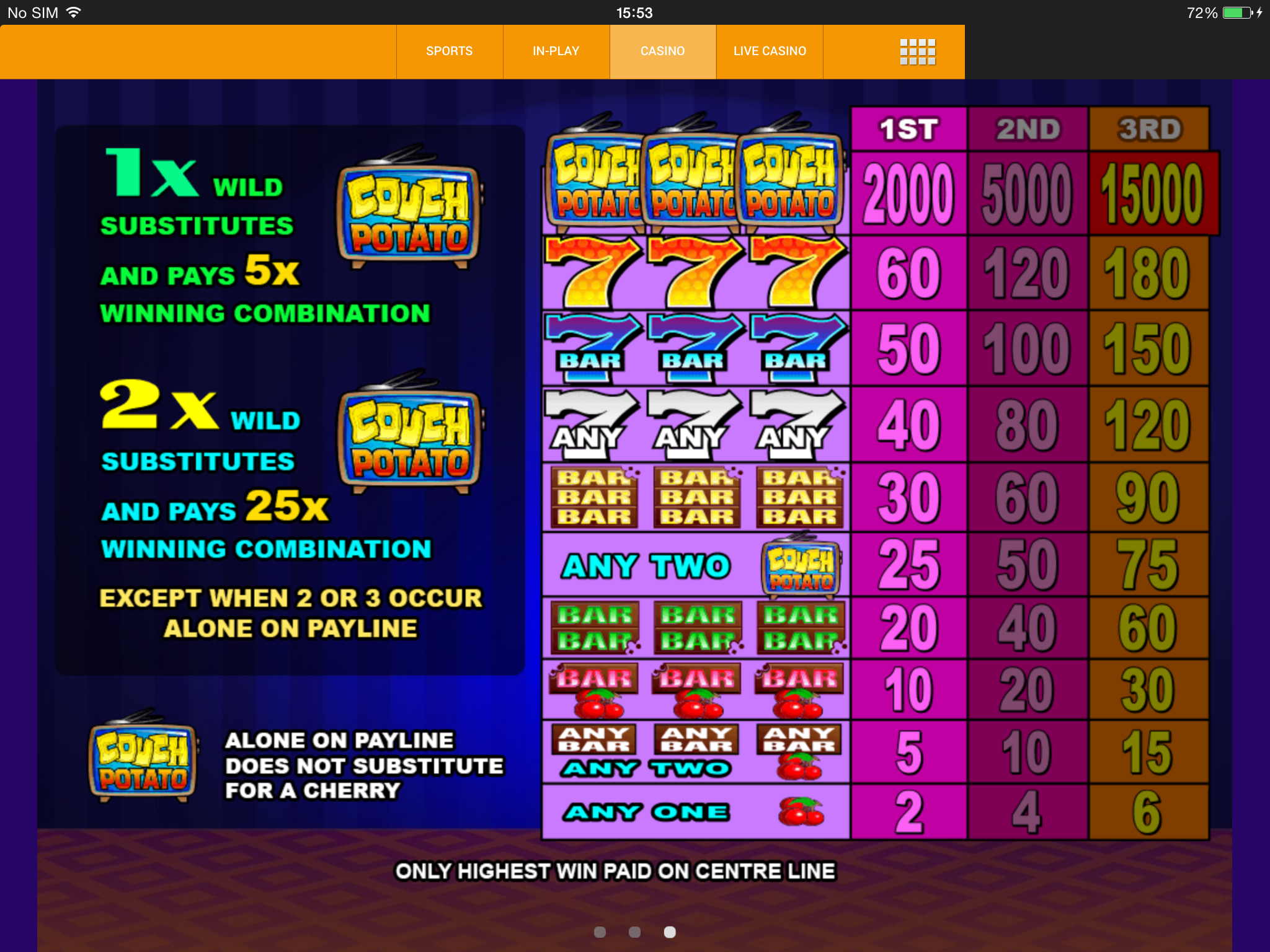 It could easily be argued that playing online slots in the comfort of your own home is the perfect activity for a couch potato and sometimes we wonder whether we should be encouraging this sort of lazy behaviour. However Couch Potato is a game which was only available on mobile devices originally, not on a desktop website, so we can optimistically assume that whoever was playing this game was out and about, walking the streets and at least getting a little bit of much-needed exercise – now anyone can play. Read on to find out more about this Microgaming release.

Couch Potato plays out over three reels and just one payline and it’s similar to some of Microgaming’s older slots in that the reels take up the entire screen space, leaving no room for any sort of background image. The only real clue to the theme when you first load the game up is the appearance of a slouching, anthropomorphic potato, lounging above the reels.

There are a traditional selection of symbols on show and these include cherries, single/double/triple bars and white/blue/yellow sevens. The most valuable symbol is the Couch Potato television which can be worth up to 15000 coins. It’s also the wild symbol and one or two contributing to a winning payline will multiply that win by 5x or a hefty 25x.

Wins can also be had with one or two cherries, mixed bars and mixed sevens.

First select your bet by choosing whether to wager £1/£2/£3 per spin. Then choose the number of coins to use which will triple your bet by 2x or 3x. If you can’t spot how to change the coin level, just click the ‘Credits’ button and it will change to ‘Coins’, allowing you to alter that amount.

The benefit of using two or three coins is that the prize for landing three Couch Potato logos will increase by more than the 2x or 3x the increase in stake. The jackpot jumps from 2000x for one coin up to 5000x and then 15000x so it’s worth splashing out if you can afford it.

There’s not much to this theme but it’s an entertaining enough game, especially for fans of classic slots. Don’t forget to play the the maximum coin level to maximise your potential return.