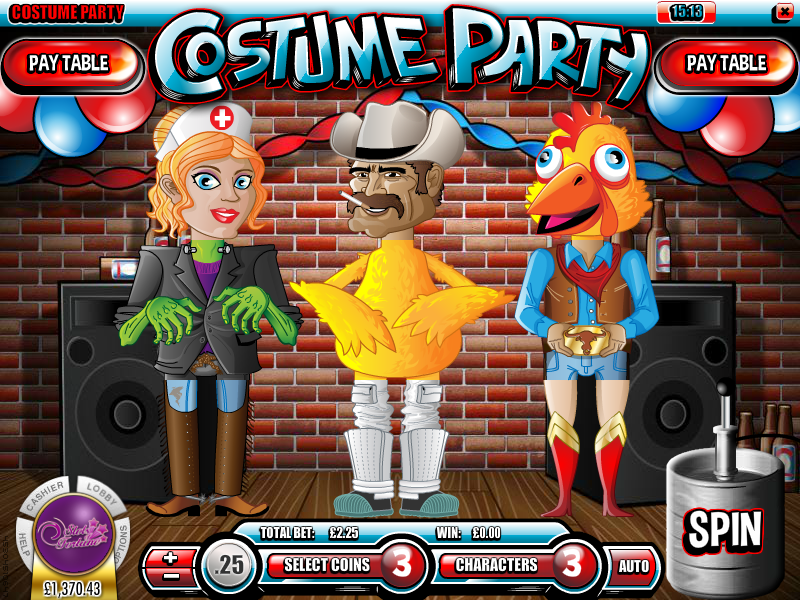 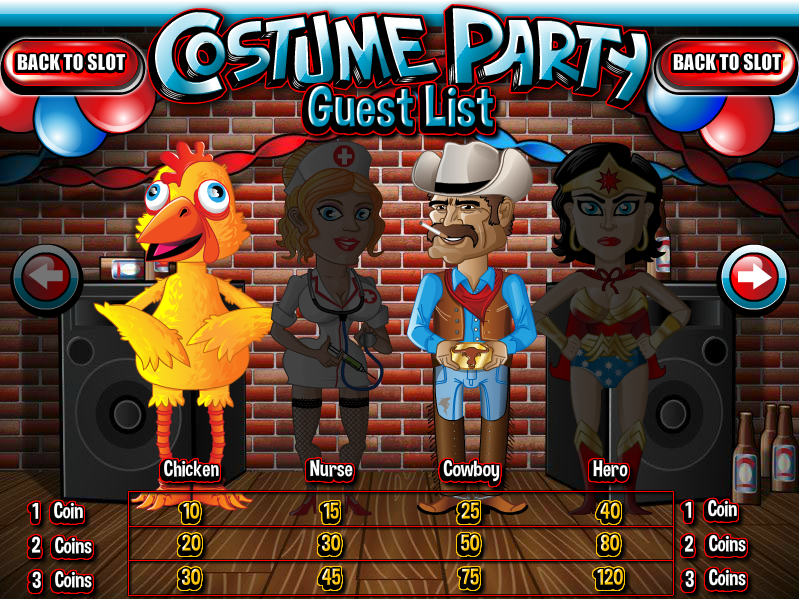 Some might say that everyone loves a fancy dress party but we would be inclined to disagree; dress up as an ‘amusing’ character if you want but let’s not force everyone to do it. Costume Party is an online slot from Rival Gaming which certainly doesn’t concur with our point of view but it does have an interesting payline concept so read on to find out more.

Costume Party is a three reel slot with one payline, although it may not seem that way at first glance. You can see from the screenshot above that three characters occupy the game screen so it’s best to think of each one as a payline. If a complete character is formed then you win. You can choose to play with one, two or three characters and your stake/wins will change proportinately.

There are eight characters in total and they include a chicken, a nurse, a cowboy, Wonder Woman, a knight in armour, an astronaut, a witch and Frankenstein’s monster. 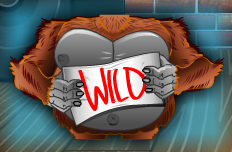 There’s also a wild symbol represented by the body of a gorilla and this will substitute for other body parts to help you out with a win. The wild symbol only appears on the centre parts of each body.

There are no real bonus features associated with Costume Party but each time you match all of a characters body parts to form an entire partygoer, that person will appear under a spotlight and do a little dance. Additionally each character matched will be ticked off on the paytable so you can keep track if you like that sort of thing.

Costume Party certainly adds a little extra something to the classic slot genre with it’s funky range of characters and payline structure. It’s engaging to play also and has a reasonable RTP of 94.55%