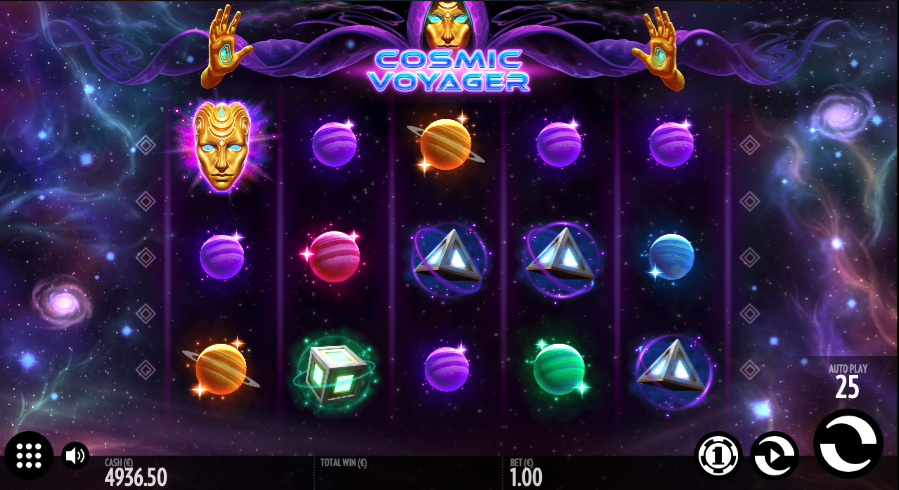 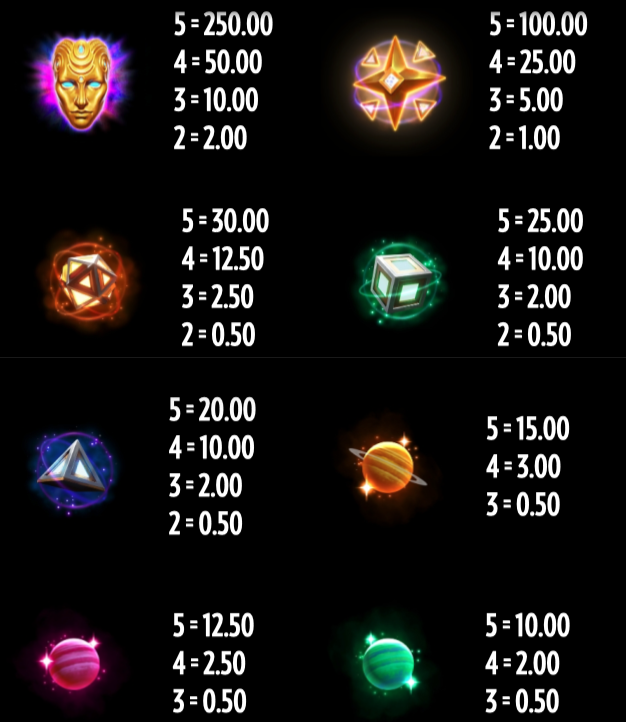 Spirituality and science fiction come together to form the theme of this online slot from Thunderkick; it’s called Cosmic Voyager and from £0.10 per spin it offers players expanding symbols and an enhanced free spins round.

Cosmic Voyager is a five reel slot with three rows and ten fixed paylines; a multicoloured view of the galaxies forms the impressive backdrop for this slot while our gold-plated spirit guide oversees the whole scene.

High value symbols include the gold mask and various geometric shapes of different colours; five planets in varying colours represent the lower values; the Cosmic Voyager symbol is both the wild and the scatter symbol.

Landing at least three of the Cosmic Voyager wild/scatter symbols anywhere in view will award ten free spins initially but these can be retriggered in the same way during the feature.

If any high value symbols land on reel one during the spins they will expand to fill that reel and trigger the Expanding Symbols feature.

Cosmic Voyager is a classy slot which oozes high production values and includes two entertaining features; the colours in this game look amazing and it’s a pleasure just to spin the reels and observe the spectacle.