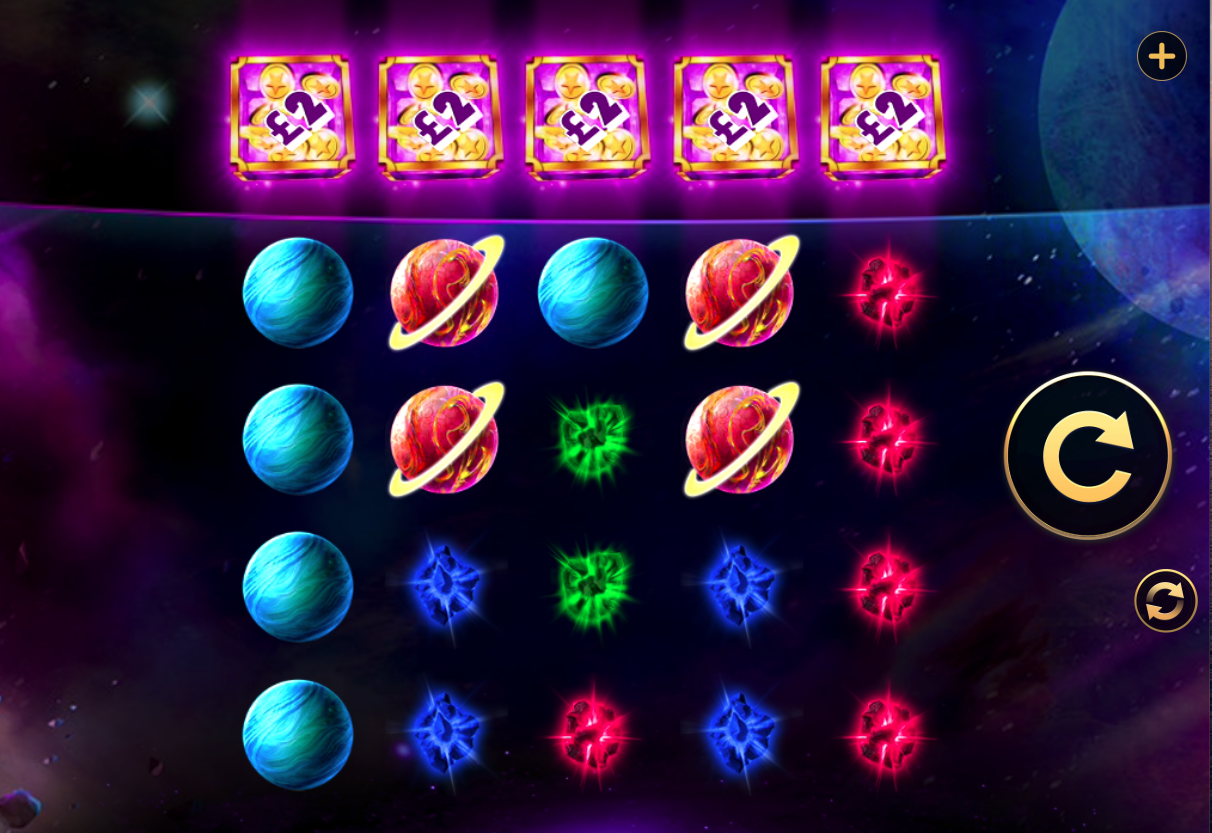 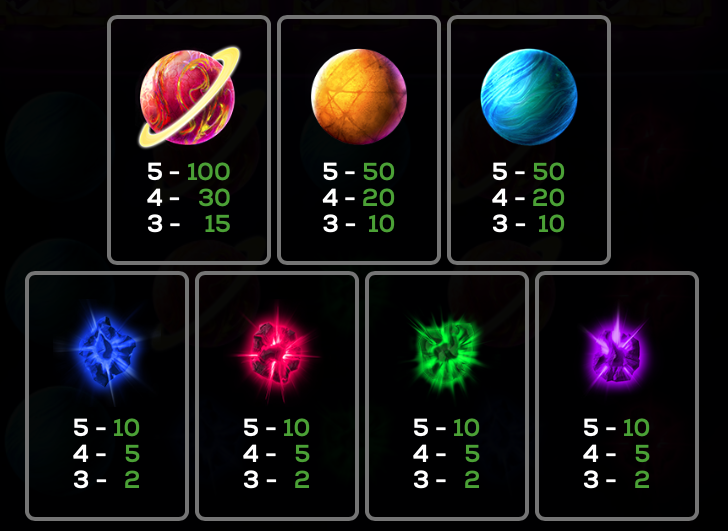 Deep in outer space and floating among the remains of ancient planets there’s a set of reels just waiting to be spun – this is Cosmic Heart, an online slot machine from High 5 Games which, from £0.20 per spin, offers players an interesting gameplay experience with base game bonuses and free spins all part of the mix.

Cosmic Heart is a five reel slot with four rows and twenty fixed paylines; those transparent reels spin in the purple haze of deep space where twin moons mess up the tides on some nearby planet.

The higher value symbols include a blue planet, an orange planet and pink, ringed planet while the lower values are asteroids in blue, red, green and purple; the comet is wild and it will replace all standard symbols.

Cosmic Heart is all about the Prize Line – the row of prizes which slides in above the reels; if the gold heart shape lands on the reels then the prize directly above it is awarded and this can be any of the following:

If you’re one of the luckier players then landing one heart shape on the reels will prompt an extra one or two to appear elsewhere, enhancing whatever prizes you can win.

Cosmic Heart is clever stuff with an atmospheric setting and a clever gameplay mechanic and the promise of multiple features just around the corner; landing more than one triggering heart on the reels is the way to win the big bucks.