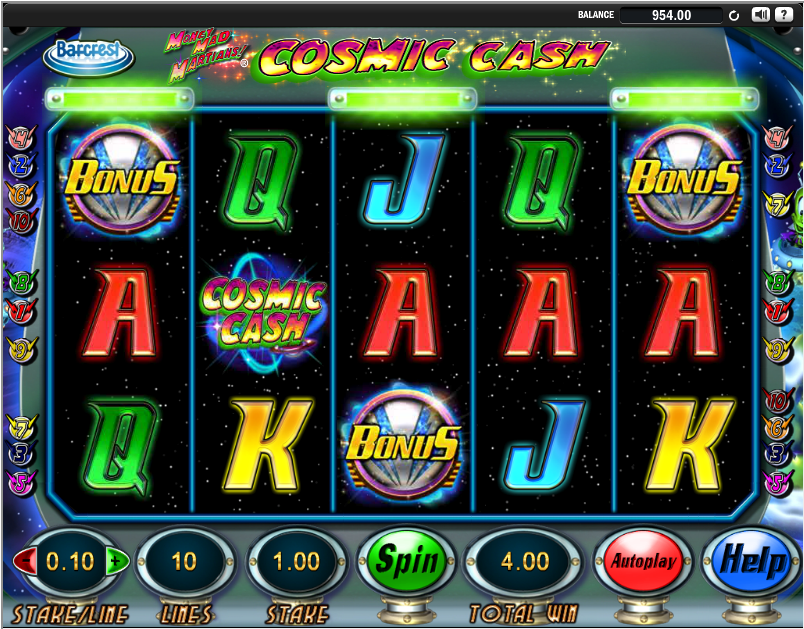 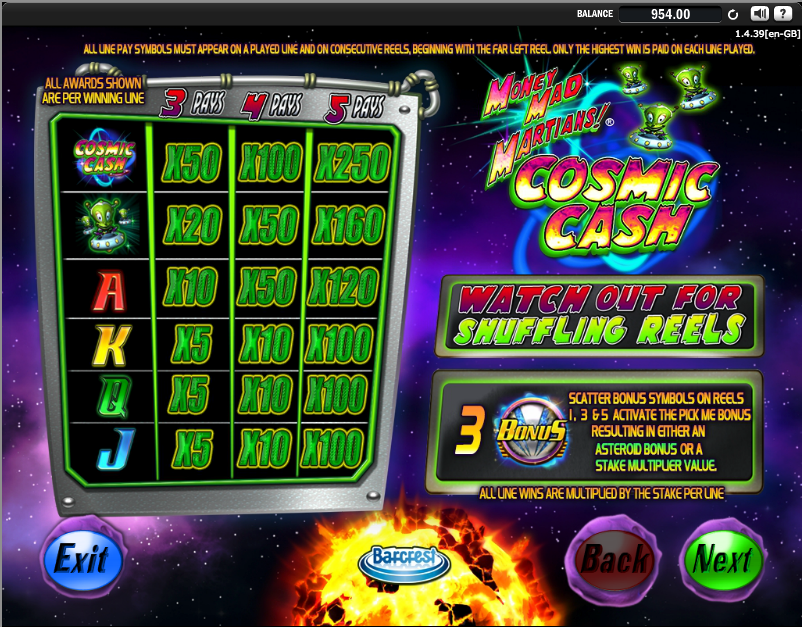 It’s time to escape our earthbound shackles and look to the stars as we run the rule over this science-fiction themed online slot from Barcrest. It’s full title is Money Mad Martians! Cosmic Cash and it includes deep space, aliens and several bonus features to complement the colourful graphics.

Cosmic Cash is a five reel slot with three rows and just ten fixed paylines; the transparent reels spin on the window of an alien spacecraft behind which the vast depths of space stretch out to unimaginable distances. There’s a retro sci-fi vibe to the design which is quite attractive.

There are only six symbols – the two highest value ones are the Cosmic Cash logo and the green alien and then the standard J, Q, K and A make up the remainder.

There’s no wild symbol but there is a scatter icon which is a big silver ‘Bonus’.

Shuffling Reels can occur at the end of any non-winning spin and you will see an alien appear above the reels; he will now start dragging the reels around until a win is formed which is clearly a good thing.

This is triggered by landing three of the bonus scatter symbols anywhere on reels one, three and five; you must now pick one of the three symbols to reveal an entry into the bonus game or a multiplier of your win. The bonus game with the Asteroid Bonus:

You will see a screen full of asteroids and all you have to do is pick them to reveal multiplier values or aliens – an alien will also destroy some of the surrounding asteroids. It’s also possible that your first pick will trigger the Planet Bonus: 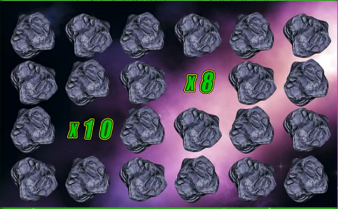 This screen shows the window of your spaceship with planets flying past; one planet will slow to a halt, revealing the bonus you will receive. 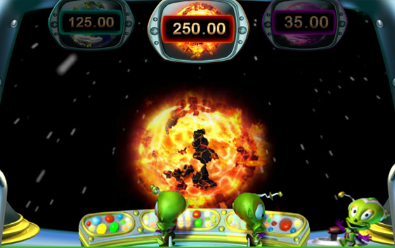 Cosmic Clash is big and colourful and it comes complete with some appropriately futuristic sound effects; the features seem to get triggered quite regularly, especially the Shuffling Reels. There’s an RTP of  95.09%.