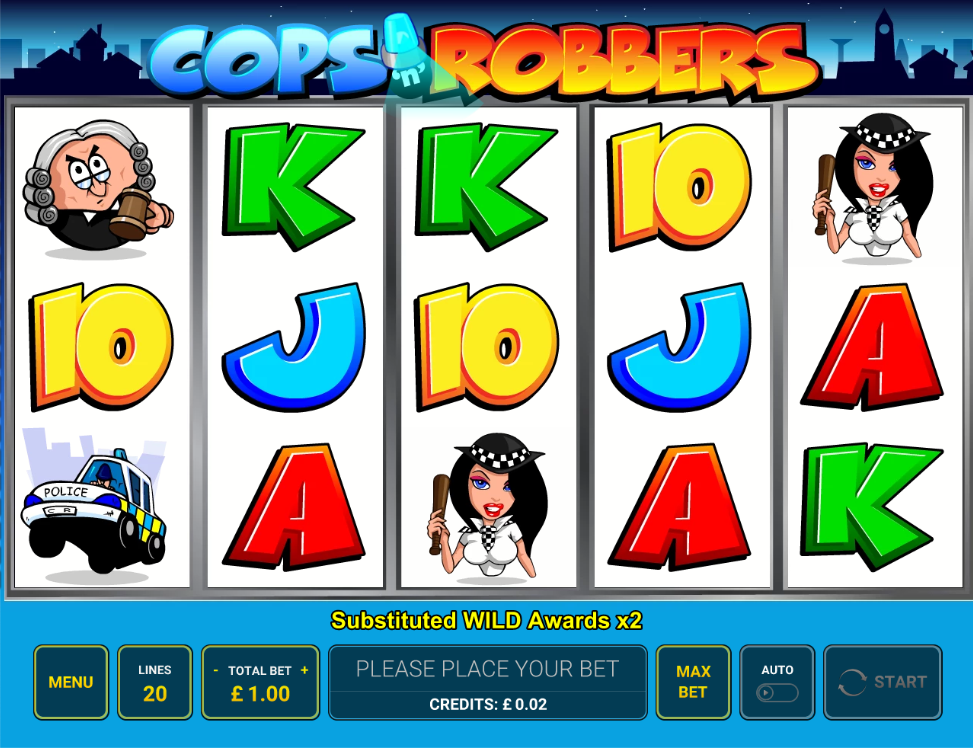 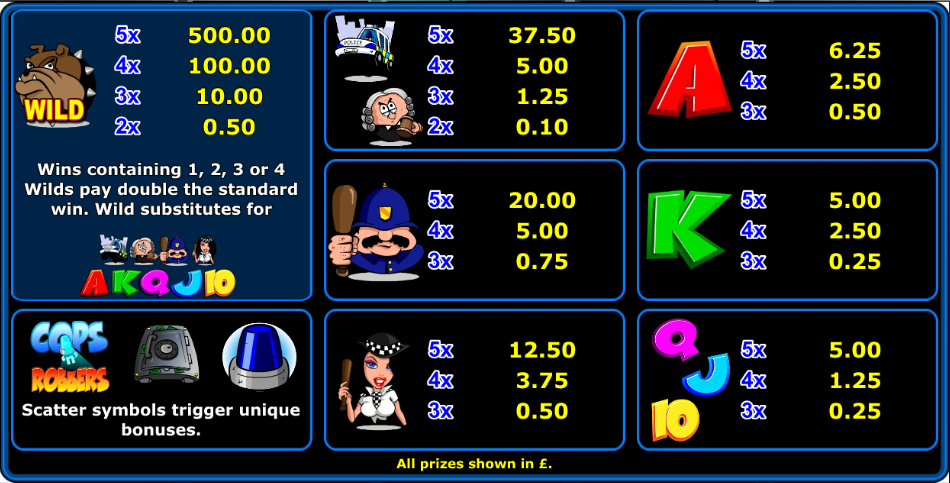 A life of crime may not seem like an obvious choice as the theme for an online slot machine but chuck in some comedy graphics and a bit of Benny Hill action and you’ve got Cops ‘n’ Robbers. a game from Novomatic/Greentube some underworld charm and three bonnus features.

Cops ‘n’ Robbers is a five reel slot with three rows and twenty fixed paylines; the big, bright reels float in front of a silhouetted cityscape under a starry sky under which plenty of nefarious deeds are taking place.

The high value symbols include a police car, a retro bobby complete with tache and truncheon, a stern-looking judge and a police woman wearing some clothes which are a bit on the small side; 10, J, Q, K and A represent the lower values.

The bulldog is wild, it will substitute for all standard symbols and it will double any wins to which it contributes; the games’ logo, the safe and the blue light are the three bonus symbols.

Landing three, four or five of the blue lights anywhere in view will award 15, 25 or a tasty 100 free spins respectively; all wins are tripled and more spins can be triggered in the same manner.

This is triggered by landing at least three of the safe symbols anywhere in view and you’ll now get to play a picking round in which one safe will reveal a cash prize.

Trigger this by landing at least three of the Cops ‘n’ Robbers scatter symbols anywhere in view and you’ll now get to roll the dice and flee around a board to earn prizes, pursued by the police. When you’re caught there’ll be an I.D. parade which will end the round, end the round with a bonus or let you continue running.

The graphics in Cops ‘n’ Robbers may not be state of the art but it’s an enjoyable slot which makes the most of its cartoonish style; three bonus features is a bit above average an nothing to be sniffed.