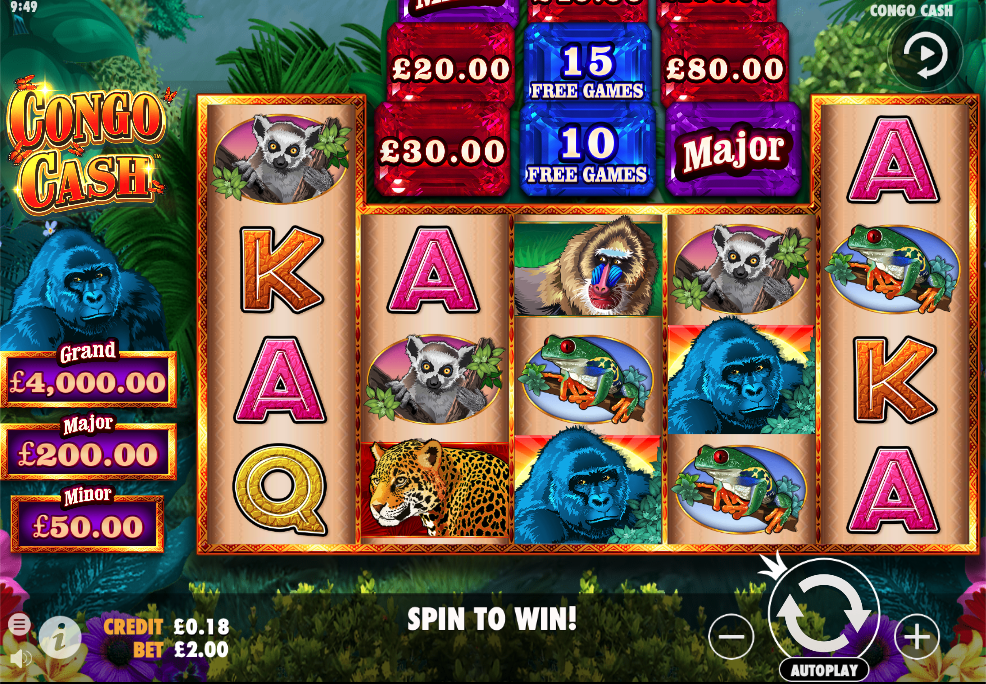 Stand by for some reel spinning action in the African jungle as we introduce this online slot from Pragmatic Play/Wild Streak Gaming; it’s called Congo Cash and from £0.20 per spin attempts players with the clever Jewel Board, jackpot prizes and free spins.

Congo Cash is a five reel slot with three/four rows and 432 ways to win; note the jewels which rotate above reels two, three and four, watched over by the gorilla relaxing in the flora on the left hand side.

High value symbols include the gorilla, the leopard, the baboon, the bush baby and the tree frog; 10, J, Q, K and A make up the lower values; the diamond is wild, it appears on reels two, three, four and five while the Congo Cash and the butterfly are the special symbols.

The jewels which rotate above reels two, three and four can display the following awards:

The only way to trigger the free spins is via the Jewel Board and you’ll receive a random number between eight and one hundred; a wild symbol will always land on the reel which triggered the feature and the Jewel Board remains active during this round.

We always like to see something new in a slot machine and here we have the introduction of the Jewel Board which sidesteps the need to land scatter symbols to trigger the features; it seems to hit regularly with plenty of small wins available.