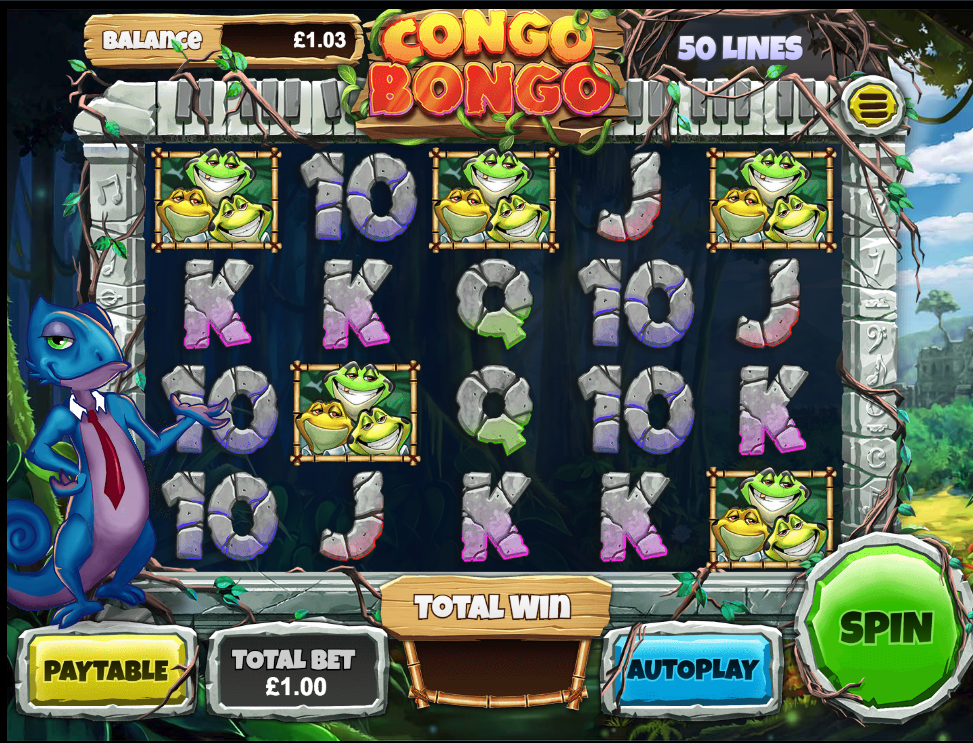 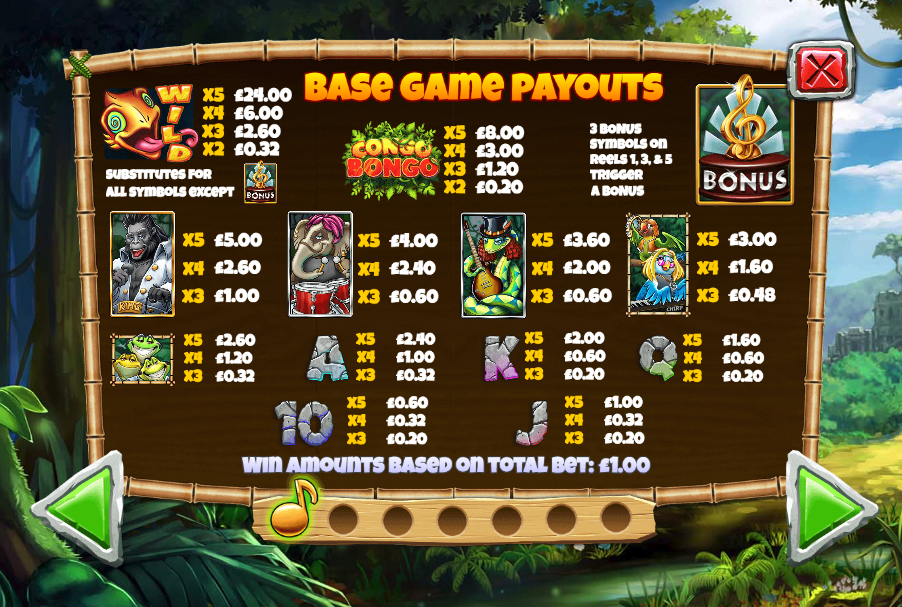 Welcome to the jungle – and specifically welcome to Congo Bongo, an online slot machine from Gameiom themed on a jungle location which offers players the chance to increase their RTP as a loyalty reward along with numerous bonus features; read on to find out more.

Congo Bongo is a five reel slot with four rows and fifty fixed paylines; the reels spin within a frame carved from stone and decorated with piano keys and musical notes; glimpses of trees and ruins in the background reming us of our African location.

The higher value symbols are the Congo Bongo logo and five animals in musical poses – an Elvis gorilla, an elephant playing drums, a snake with a sitar, parrots with tambourines and of course a frog chorus; 10, J, Q, K and A make up the lower values.

The wild symbol is a stoned-looking chameleon which will substitute for all others except the golden note bonus icon to form winning combos.

These are triggered randomly within the the base game:

This is triggered by landing three of the bonus symbols on reels one, three and five; you will now get to play a picking game involving musical notes and when you’ve matched three, that’s the feature which gets played:

Congo Bongo is an excellent way to spend some of your gaming time – it’s good fun and even rewards players for longevity by increasing the RTP for you; the features are good fun and this is slot which comes highly recommended.