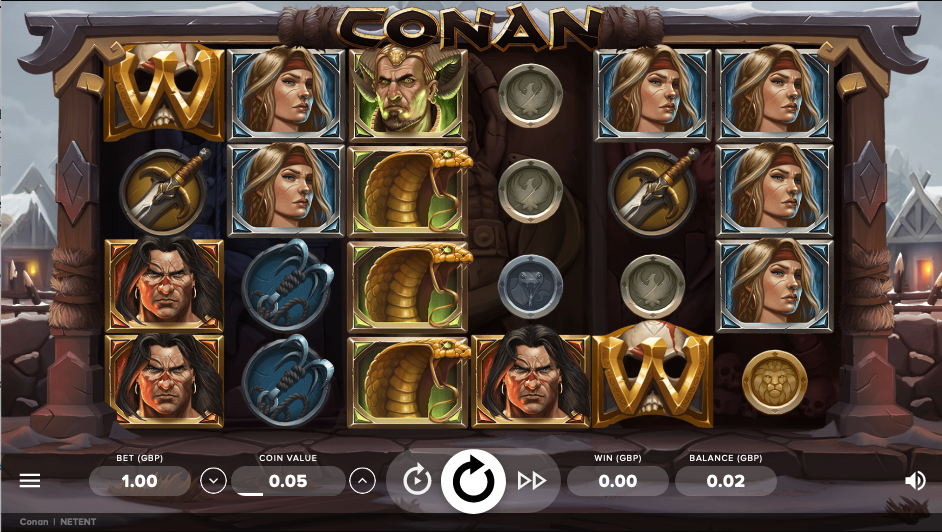 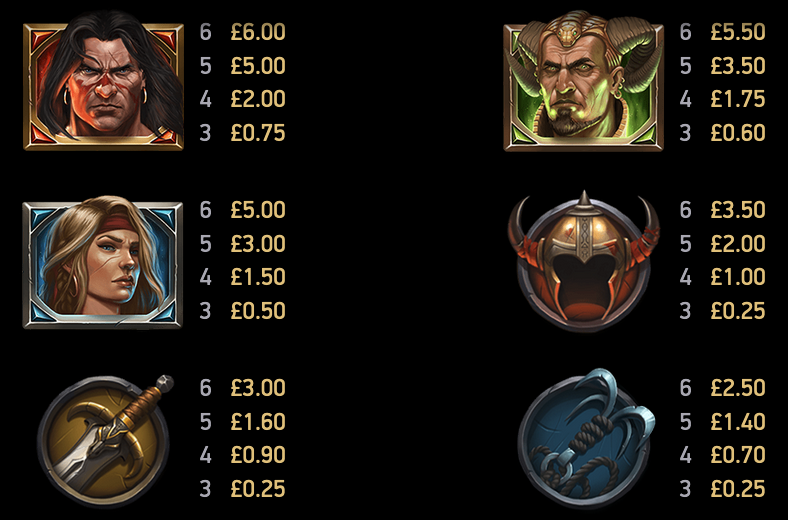 Conan the Barbarian has entertained millions of fantasy fans courtesy of several films and Robert E. Howard’s original stories dating back to the 1930s; it’s entirely appropriate then that Net Entertainment have developed Conan, an online slot based on this muscle-bound character with plenty of themed bonus features.

Conan is six reel slot with four rows and twenty four fixed paylines; wind whistling across the barren landscape forms the haunting soundtrack to the gameplay whch takes place on a wood and stone structure with lamplit houses in the background.

Wins can be formed both ways in this game and the symbols to make those wins include Conan, two other characters from this story, a helmet, a sword, a grappling hook and then coins in bronze, silver and gold.

The Mystery symbol appears singly or stacked on reels three and four and it will transform into any other standard symbol when it lands. Landing a full stack will alos apply a Mystery Multiplier to any wins.

This may trigger when a full stack of Mystery symbols appear along with Tower or Battle Wilds; between three and six extra Mystery symbols are added to reels two to five to try and create some big wins.

Landing three, four, five or six scatter symbols anywhere in view will award 10, 15, 25 or 50 free spins on one of the following game modes:

Conan is another great slot from Net Ent and it’s a winning combination of fantasy action, great graphics, haunting sound effects and numerous clever features. Don’t miss this one!