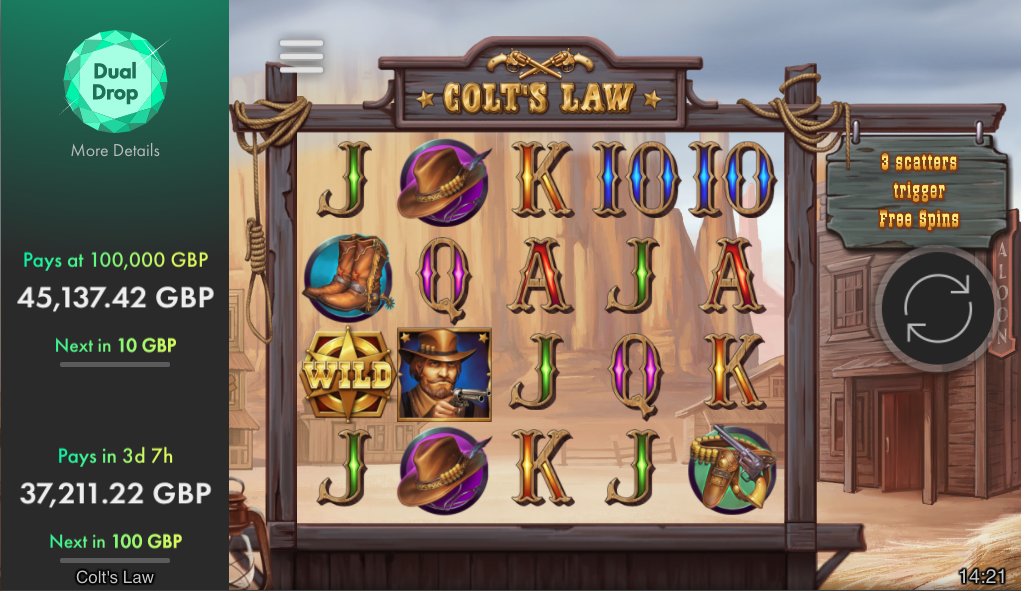 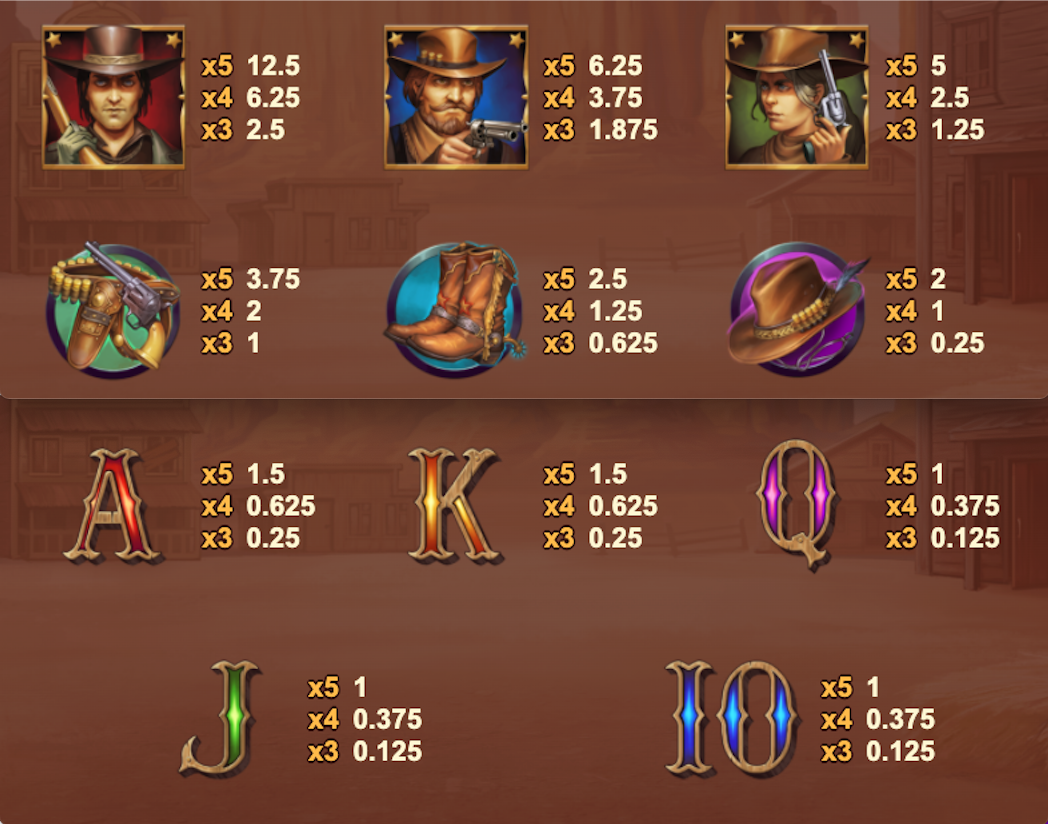 We’re back in some dusty, unnamed town in the Old West to try out this online slot machine which goes by the name of Colt’s Law – it’s developed by Bet365 Originals and from £0.40 per spin it holds out the promise of four different free spin bonuses, three reel modifiers and the Dual Drop progressive jackpot.

The five reels and forty paylines of Colt’s Law spin within a wooden frame complete with noose swaying on the left hand side; a sandstone mountain overlooks the rickety wooden buildings of this one horse town, perhaps providing some much-needed shade from the desert sun.

The six higher value symbols are all related to the theme and include three gun-wielding miscreants, a holster, a pair of cowboy boots and a ten gallon hat; 10, J, Q, K and A represent the lower values. The crossed pistols are the scatters and the sheriff’s star is wild.

These three bonuses are triggered randomly in the base game:

Landing at least three of the scatter symbols anywhere in view will award free spins with one of the following features listed in order from best to worst – Gold Rush, Jailbreak, Wanted and Shootout. A gun barrel will spin to determine which mode is awarded but if you’ve managed to trigger this round with four or five scatters then you’ll get the more valuable features. You’ll also be able to gamble your mode for a better one or an instant cash prize.

Dual Drop is bet365s very own progressive jackpot and it consists of two prizes, the Weekly and the Community Jackpots:

These prizes can be won on any winning or losing spin at those times but you’ll only eligible for the big bucks if you’ve spent £10 or £100 on the Weekly or Community jackpot slots. You can increase your chances by earning more tickets each time you spend another £10 in the Community Jackpot and £100 in the Weekly Jackpot.