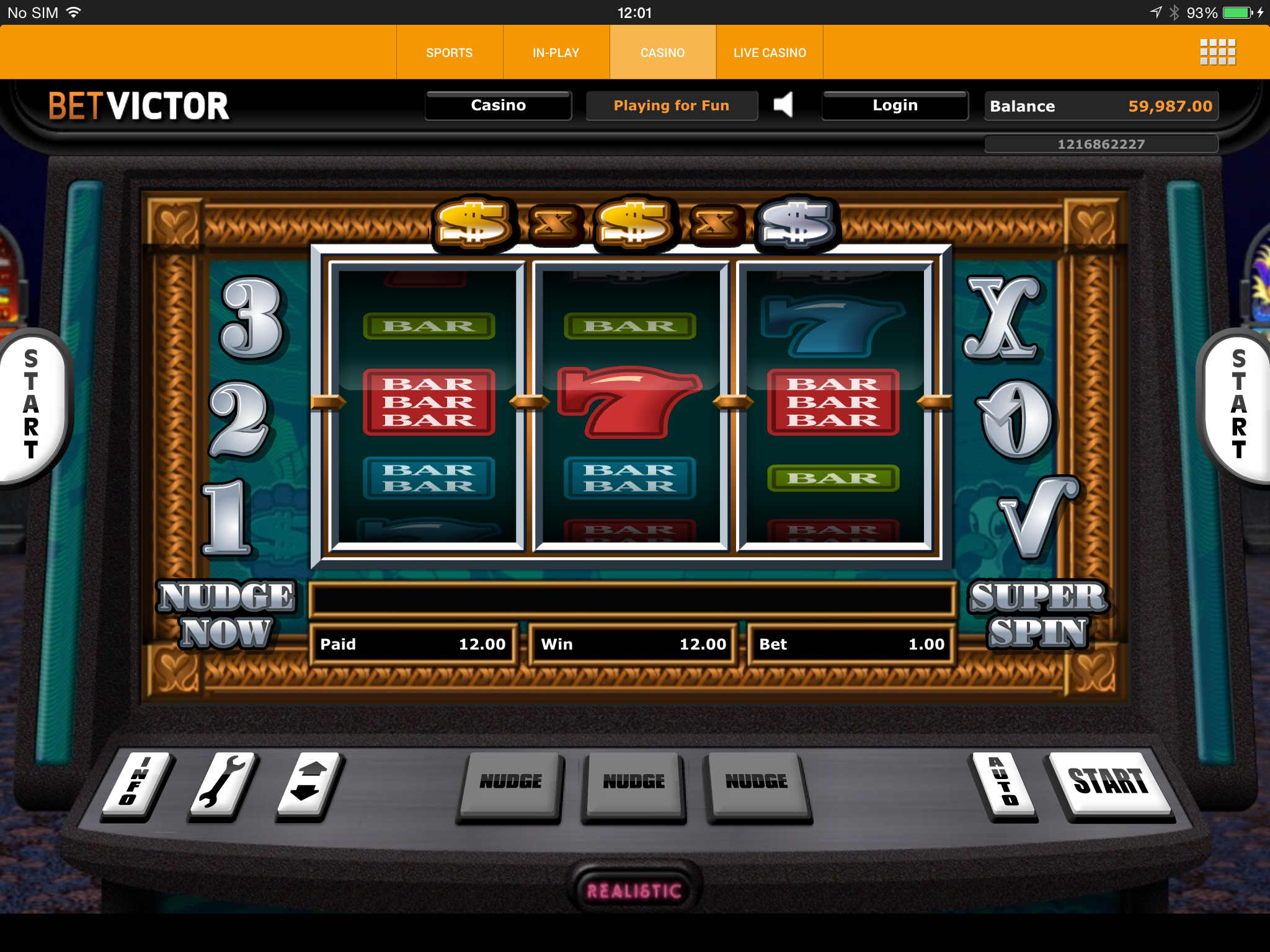 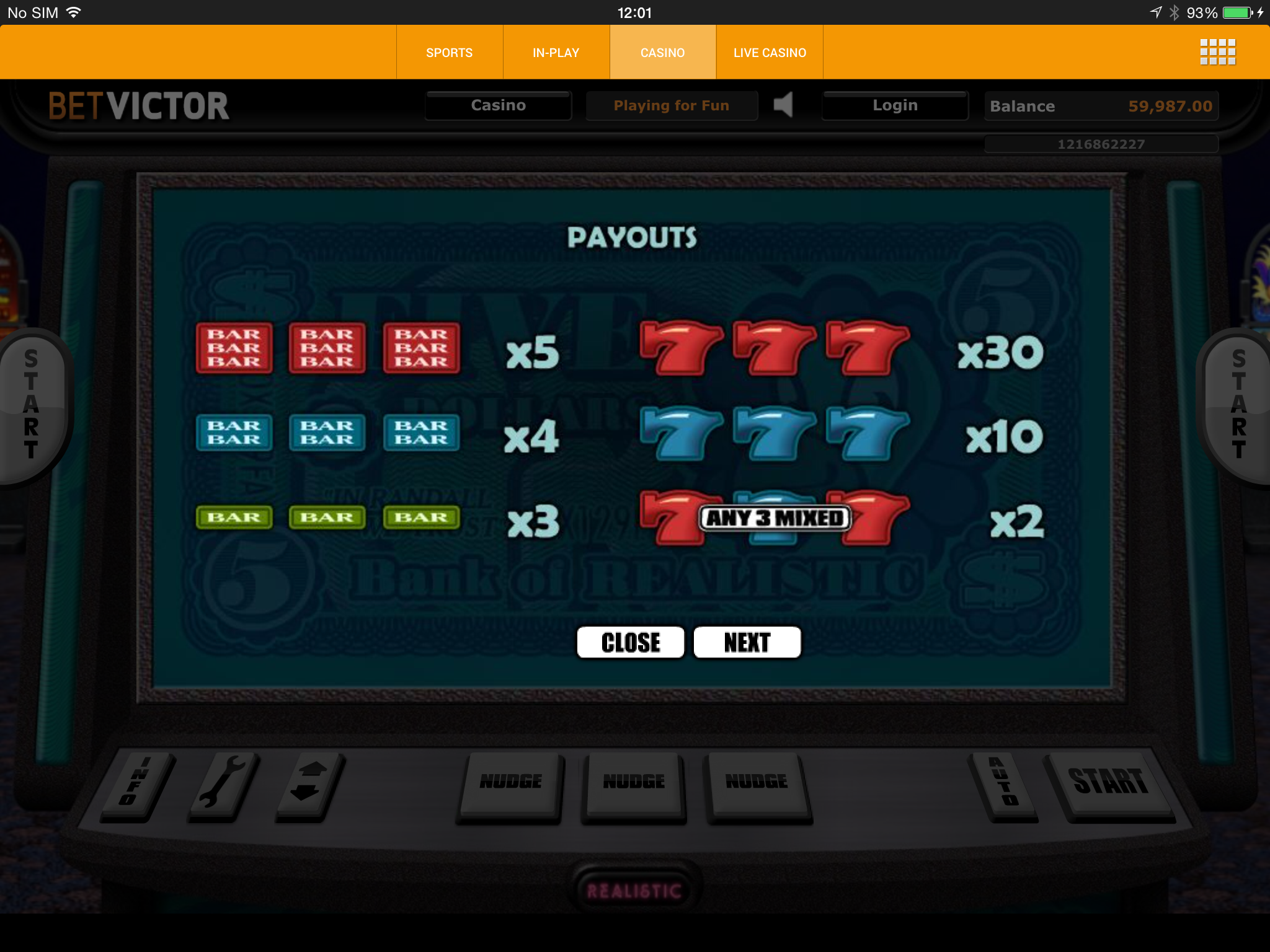 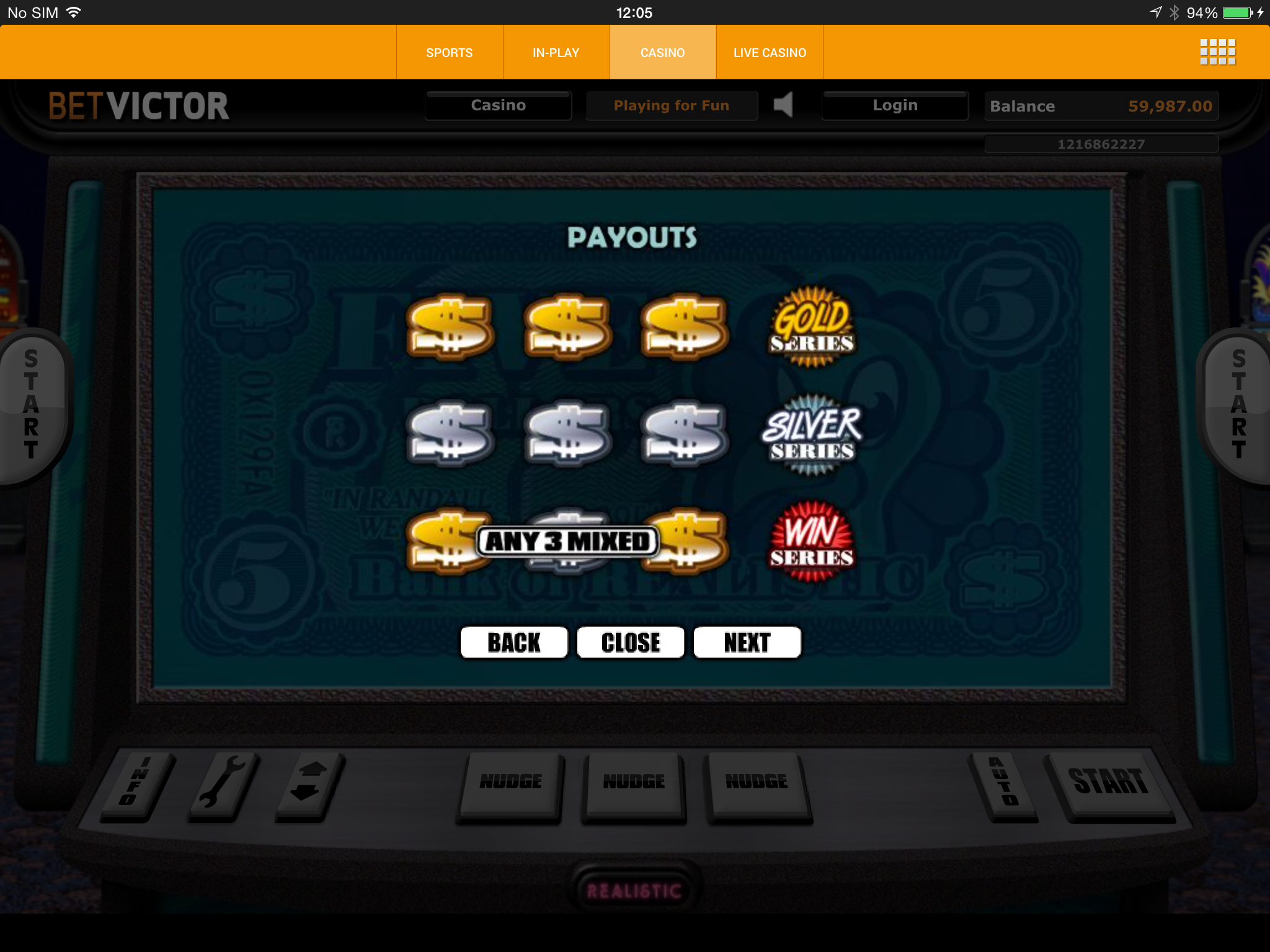 If you’ve played any online slots from Realistic Games in the past then you’ll already know that a key feature is that the games look as realistic as possible. Colour Of Money is another example of this – it’s a classic slot in the most lethal sense but it does have a couple of bonus feature so read on if you’d like to find out more.

Colour Of Money is a three reel slot with just one payline and beyond the edges of the machine you can just about glimpse the rest of the casino. UK players will recognise the layout of this machine from pubs, arcades and the like.

There are just five base game symbols – green, blue and red bars and then red and blue sevens. The red sevens are the most valuable and worth 30x your line stake while three mixed sevens will double your stake.

In addition there are gold and silver dollar signs which activate the extra features.

This feature is triggered by landing three of the gold or silver dollar signs anywhere in view. The spaces above the reels will fill up to let you know how you’re progressing. Depending on the combination of signs you will receive the following:

Just press the ‘Spin’ button and each subsequent win will produce a win until the machines decides you’ve had enough. Gold Series will earn a bit more than Silver Series which in turn earns a bit more than Win Series.

After any non-winning spin you may receive up to three nudges. You can use the buttons below the reels to nudge them yourself or let the machine do it for you. Try to make a winning combo or bring down enough dollar signs to trigger the bonus game.

If you win nothing with the nudges the game may take pity on you and randomly give you a Super Spin which will earn you a guaranteed win.

Let the game nudge the reels for you – it will always get the best result. In fact if you nudge the reels yourself and get it wrong, the machine will take over and get a better result anyway.

This is a great classic slot and a real throwback to those days spent in amusement arcades in days gone by. There’s a healthy enough RTP of 95.20% and we highly recommend it.