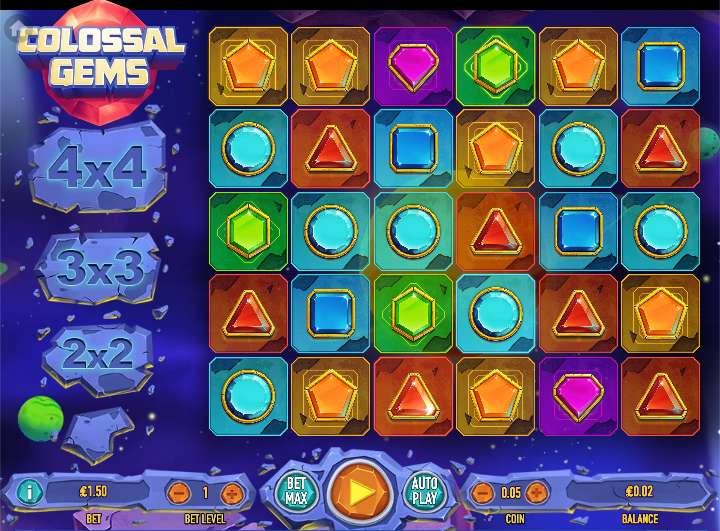 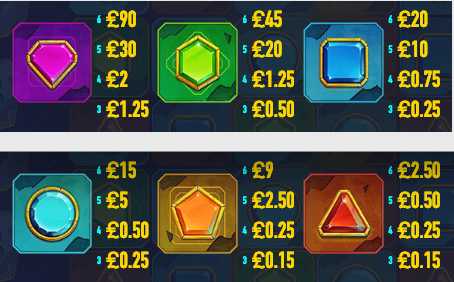 If small gems, average sized gems and large gems aren’t enough for you then perhaps you should spare a moment to peruse this online slot machine from Habanero Systems – it’s called Colossal Gems and it promises players the chance of huge, 4×4 symbols and some tasty free spins.

Colossal Gems is a six reel slot with five rows and thirty fixed paylines; it’s a colourful affair with those reels floating in space amongst interplanetary debris and the dark blue vaccum.

The symbols are all gems of various colours including purple, green, blue, lght blue, orange and red while the wild symbol is a pinkish diamond which only appears during the free spins – when it does it will substitute for all others symbols to help form winning combinations.

If you can manage three consecutive base game respins then you’ll trigger six free spins; during this round at least one of the larger symbols will land on each spin, anywhere except reel one. The wild diamond also turns up in this round and it too can appear as a bigger symbol.

Colossal Gems is a simple-looking slot with some slick gameplay and a base game bonus feature that seems to hit on most spins; the appeal of the gameplay is watching for that third respin which will trigger some potentially profitable free spins.