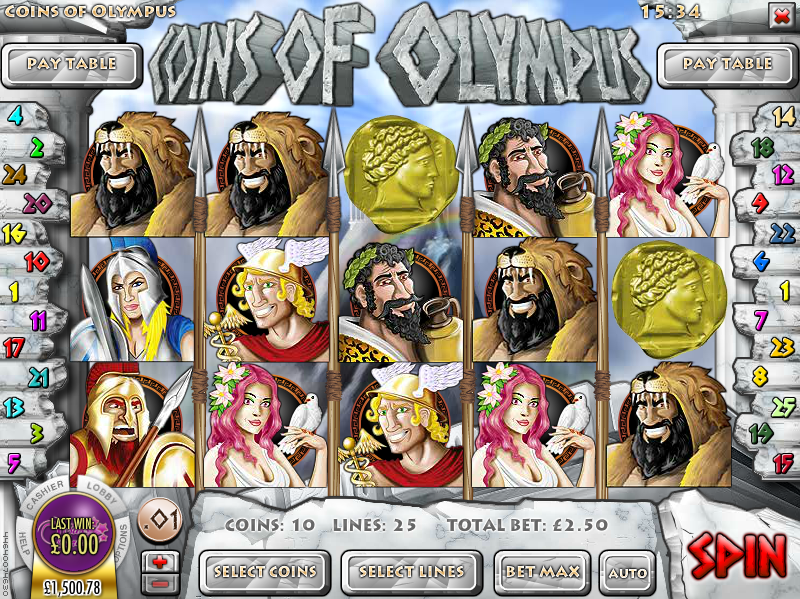 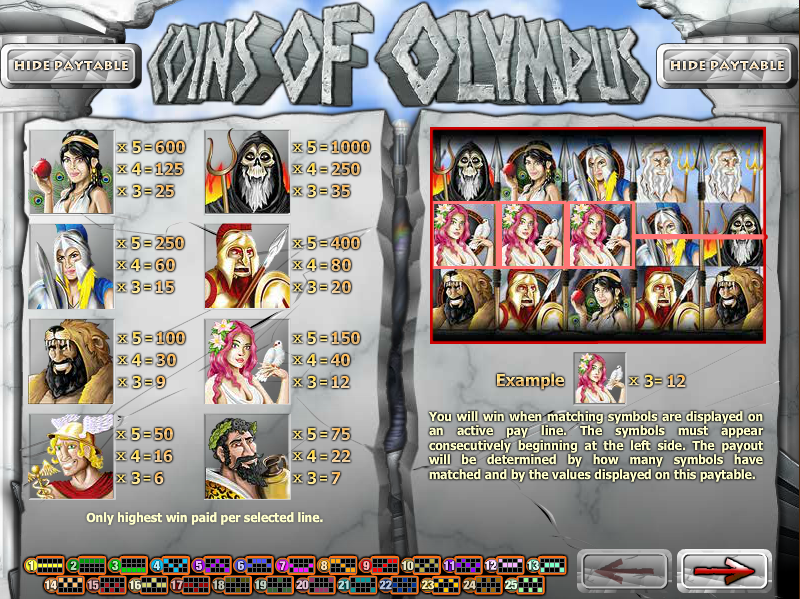 Online slots fans looking for a game within the ‘gods’ genre don’t generally have to look very far; Roman gods, Norse gods and in this case Greek gods crop up with a metronomic regularity but they always seem to offer something exciting. Coins Of Olympus is a recent release from Rival Gaming which may be more of the same but it’s worth checking out nonetheless.

Coins Of Olympus is a five reel slot with three rows and up to twenty five paylines; two marble pillars frame the reels to the right and left with piles of rubble in the foreground.

There are eight base game symbols all represented by various Greek gods and although we’re no expert we think we can identify Hermes, Athena, Hades, Ares, Aphrodite and Poseidon; we’re not too sure about the others.

The wild symbols is a silver coin which expands to fill the whole reel if it can form a win. There are two scatter symbols – Zeus and a gold coin – which activate their respective bonus games.

Landing three or more of the gold coin scatter symbols anywhere in view will reward you with the following:

All wins during this feature will be subject to a 3x multiplier and landing three+ more coins will award more free spins.

There’s a bit of player interactivity here and to trigger this feature you will need to land three of the Zeus scatter symbols anywhere in view. Now follows a conversation in which Zeus asks Hermes to collect his coins which have been scattered by an earthquake.

You must now use the mouse to guide Hermes up and down to collect the coins; it’s very easy and you should have no trouble grabbing them all. The top prize seems to be 1000 coins if you collect all available.

We like Coins Of Olympus, it looks good and is of a high quality with two distinctive bonus games. Perhaps the only drawback is the relatively low RTP of 92.49%.