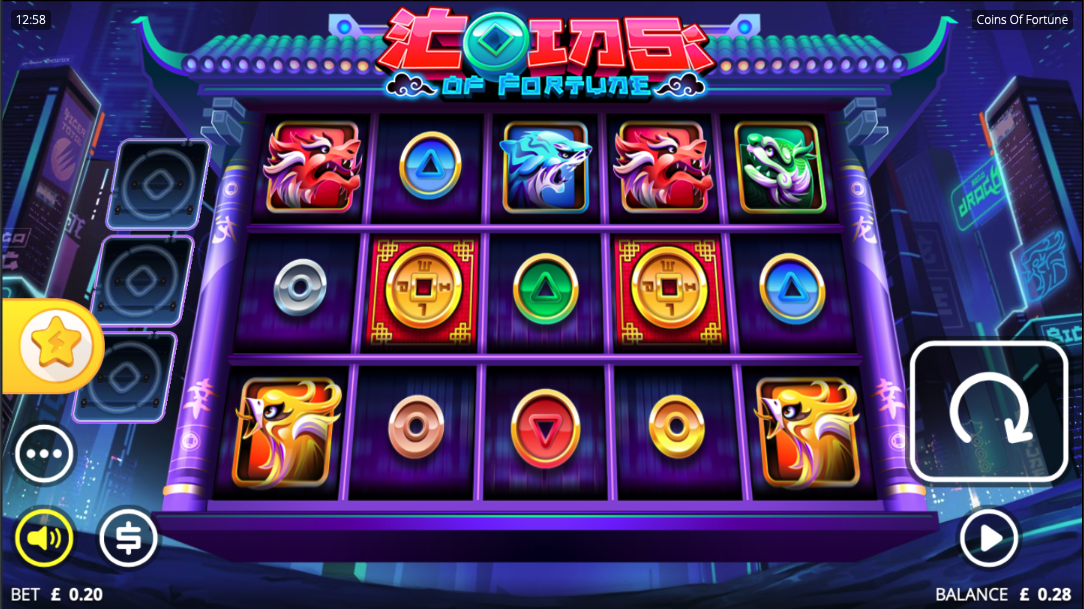 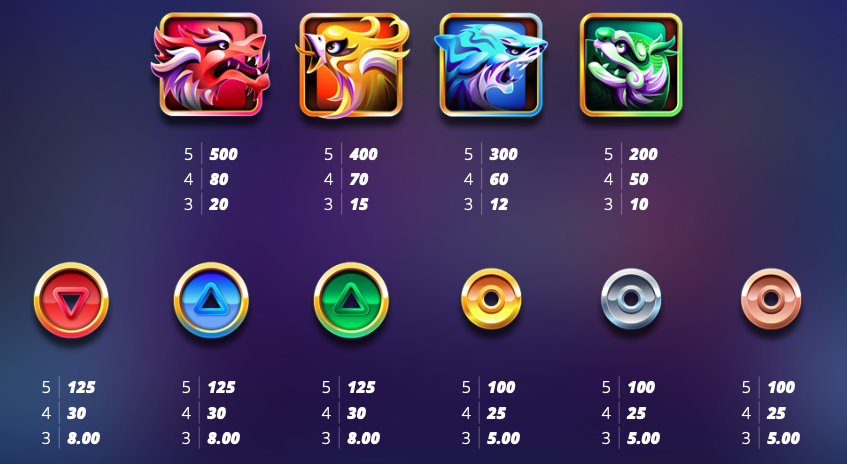 Chinese legend and ultra-modern, neon skyscrapers come together in this online slot machine from Nolimit City – it’s called Coins of Fortune and from £0.20 per spin it offers wild features, the Dragon Nudge and Lucky Respins.

Coins of Fortune is a five reel slot with three rows and twenty fixed paylines; it’s dark and it’s raining in this futuristic city in which vast skyscrapers block out the stars and create the backdrop to the more traditional structure which holds the reels.

The four theme-related symbols are stylised representations of animals – a dragon, a cockerel, a tiger and snake; three shiny circles and three shiny triangles make up the lower values. The coin is both the regular wild and the scatter (there’s another wild we’ll describe below) and it will replace all other symbols to help create winning combinations.

Every time a stack of matching symbols appears on one reel those three icons will transform into the Dragon Wild which covers all those reel positions; you’ll now receive a set of free respins while the Dragon Wild nudges downwards and ultimately off the reels – more Dragon Wilds can be formed on other reels to extend the process.

Landing three of the coin wild/scatter symbols anywhere in view will trigger this feature; you’ll now receive free respins while any wilds or Dragon Wilds (these appear as a stack of coins) on the reels move one reel to the left with each spin. Every third wild coin which falls off the left hand side will increase the win multiplier by 1x up to a maximum of 10x.

We’re big fans of Nolimit City slots and a few spins on Coins of Fortune should demonstrate why – the constant action on the reels and the promise of big wins in the clever features combine with the futuristic theme to create top notch entertainment.