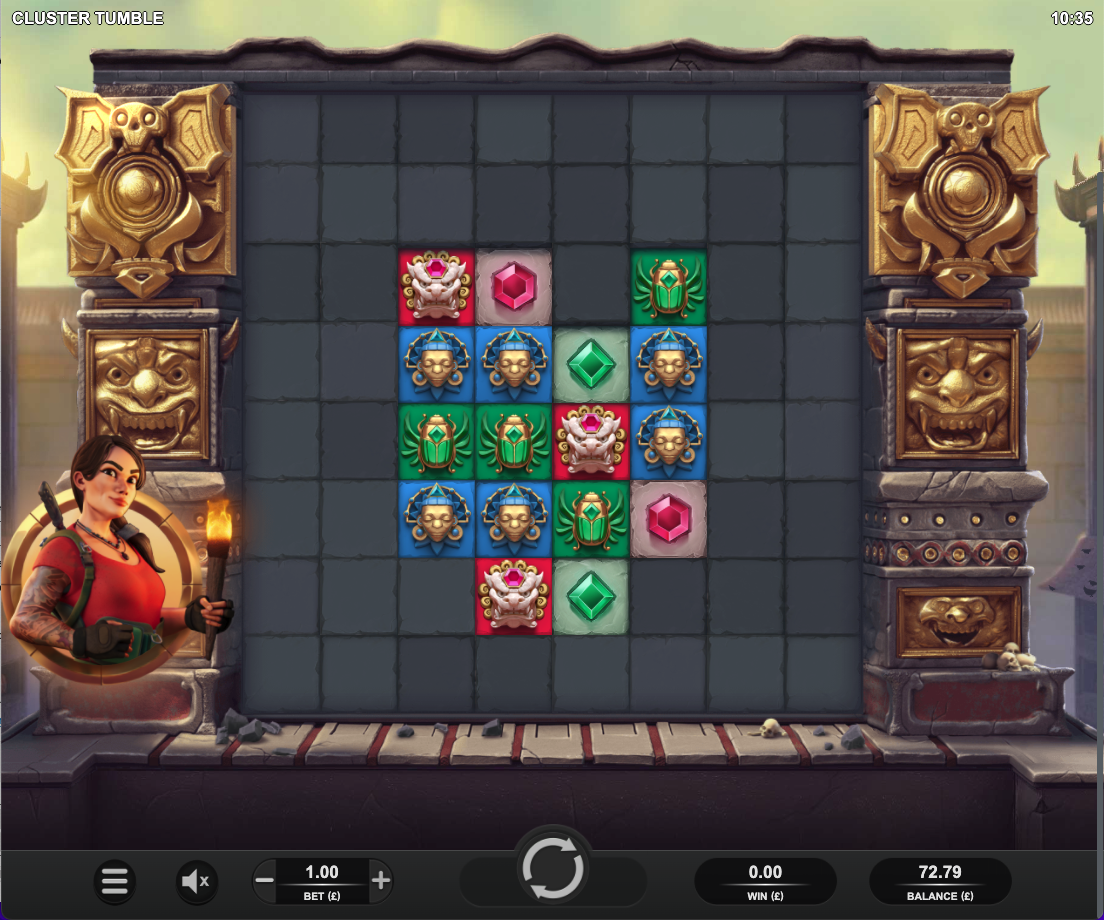 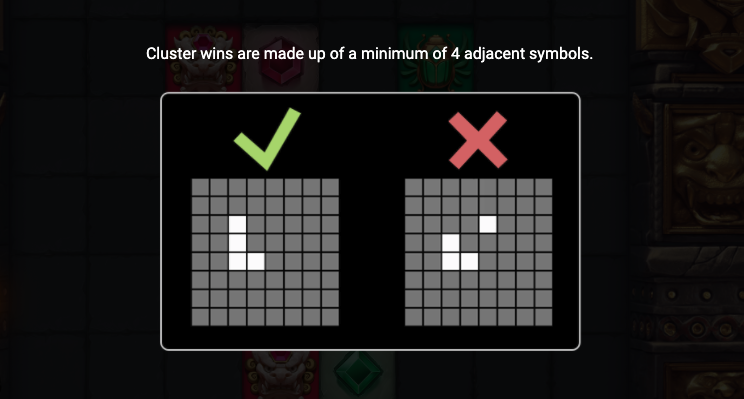 Cluster Tumble is an online slot which continues the tale of an adventurous married couple we last encountered in Temple Tumble and we now learn that the husband has been captured and needs rescuing by his far more capable wife – it’s developed by Relax Gaming and it features some clever gameplay mechanics along with various base game modifiers and free spins.

Cluster Tumble takes place on an 8 x 8 grid which is set in some temple complex adorned with golden masks and illuminated by the setting sun; our heroine overlooks proceedings on the left side, surprisingly upbeat considering the ongoing kidnap situation.

Two masks and a scarab-like symbol make up the higher values while gems in red, green and blue represent the lower values. The red ‘W’ is wild and the glowing blue and gold symbol is the scatter.

Each spin will start with between 12 and 16 symbols occupying the centre of the grid and you aim is to create connecting combos of at least four matching symbols – they’ll disappear, uncover any neighbouring blocks and new symbols will fall in from above to potentially continue the process. Wild symbols can appear with numbers up to four attached which means that they’ll remain on the reels during tumbles for that number of spins.

There are three special stone symbols which can land or be uncovered during a tumble:

This is triggered by landing at least three of the scatter symbols or by uncovering all of the stone blocks on a spin; you’ll start with five free spins but any scatter symbol landing will award an extra one and our experience is that plenty more appear.

Clearing all blocks during this round will award three extra spins and introduce a 3x win multiplier for the rest of the feature – further clearances award more spins and increase the multiplier by another 3x.