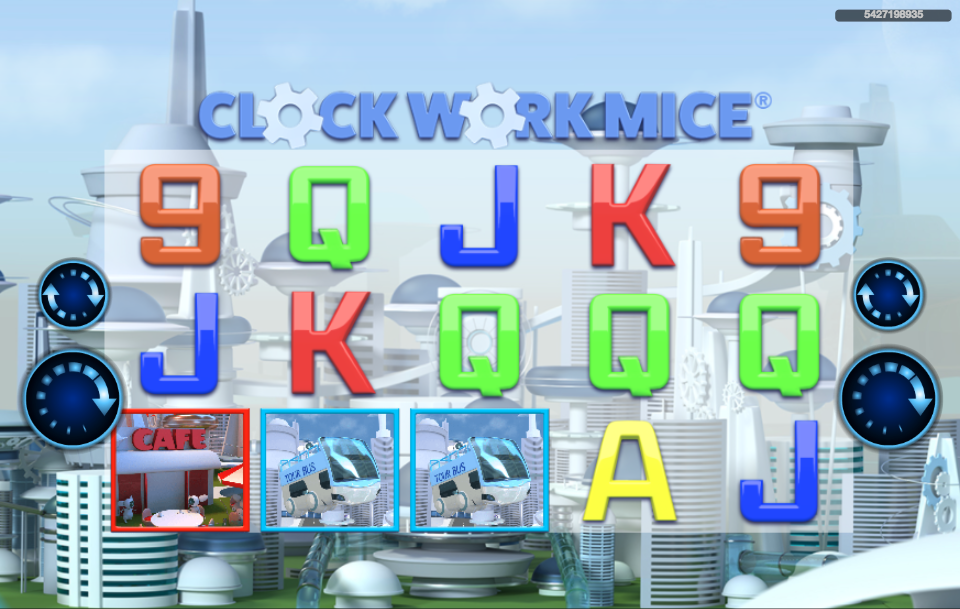 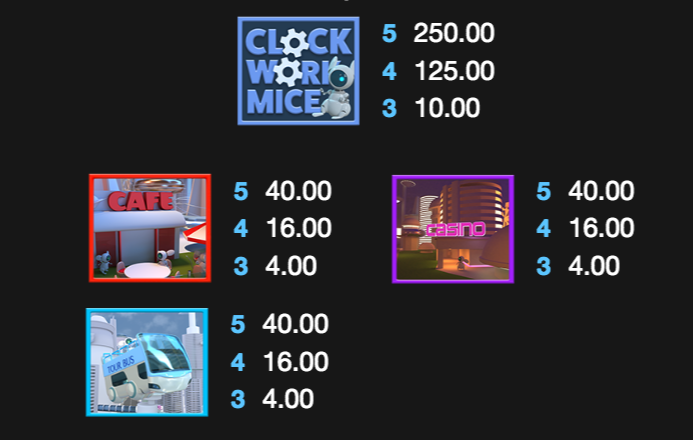 Online slot machines are usually developed with a particular theme in mind but with Clockwork Mice is a little difficult to pin down; it’s developed by Realistic Games and it features a futuristic scenario inhabited by tiny automatons – read on to find out what’s going on.

Clockwork Mice is a five reel slot with three rows and twenty fixed paylines; through those transparent reels there’s a few of a futuristic city reminiscent of The Jetsons while the soundtrack is oddly similar to sone 1970s children’s television show.

The high value symbols include the cafe, the casino and a sort of monorail tour bus; 9, 10, J, Q, K and A represent the lower values.

The Clockwork Mice symbol is wild and it will replace all others to help form winning combinations except for the clock scatter symbols.

This is triggered by landing three, four or five of the clock scatter symbols anywhere in view for which you will receive the following:

That’s quite a lot of free spins but it gets better – every win will be multiplied by a value on the clock (1x to 12x) and when each multiplier has been used, it can’t be used again. If you are lucky enough to spin twelve wins and use up all the multiplier values then you’ll win the maximum payout of 250x the total stake.

It’s also possible to trigger more spins by landing three more clock scatters during this round.

Clockwork Mice is a slot with an odd theme to be sure but it looks nice and it has a sunny disposition; we found the free spins round is a bit tricky to trigger but the multiplier feature rewards players with some decent wins if you make it there. This game comes with an RTP of 95.45%.