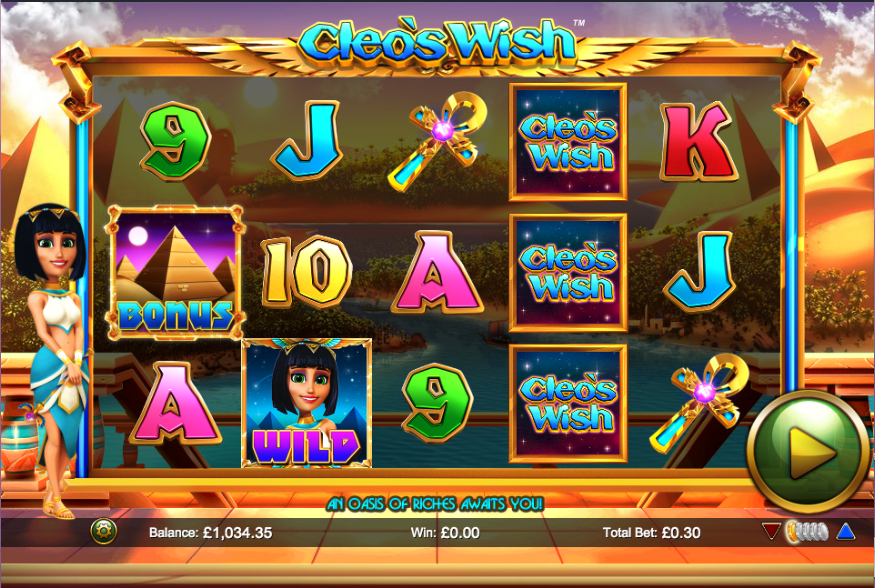 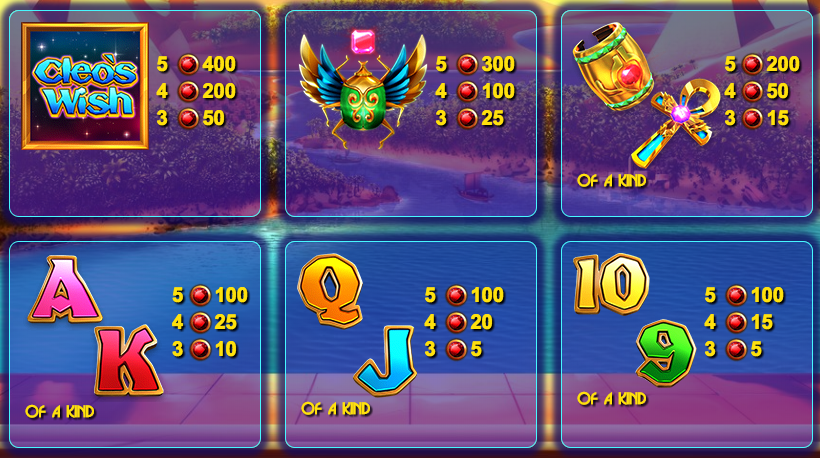 Let’s to take a trip back to ancient Egypt now and revisit our old friend Cleopatra who has once again decided to grace the reels of an online slot machine; this time it’s called Cleo’s Wish, it’s developed by NextGen Gaming and it comes with some clever features.

Cleo’s Wish is a five reel slot with three rows and twenty five fixed paylines; a gold-rimmed frame borders those reels which sit against a backdrop of a fertile river valley overlooked by towering pyramids. Cleopatra watches events unfold from the left hand side.

The high value symbols include a scarab beetle, a golden armband, the game’s logo and an ankh; 9, 10, J, Q, K and A represent the lower values.

A smiling Cleo is wild and she will substitute for all others to help form winning combinations except for the pyramids scatter symbol.

This is triggered by landing three of the pyramid scatter symbols anywhere on reels one, three and five; you will now be prompted to pick one of the two cards shown and this will reveal one of the the following free spins awards:

These are triggered randomly only in the base game:

There’s lots to like about Cleo’s Wish with its sharp graphics and colourful gameplay; it’s a slot with plenty of features to offer in the base game and the free spins and it comes with an RTP of 95.15%.