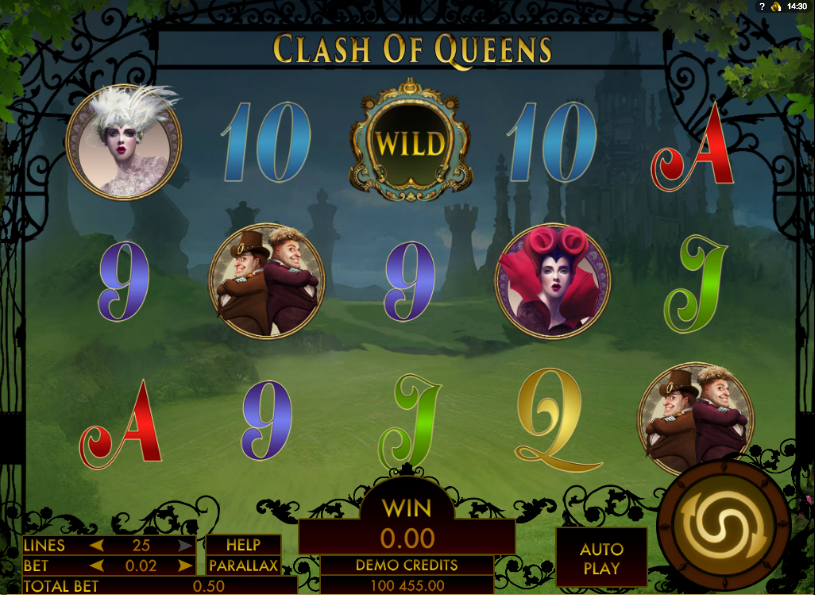 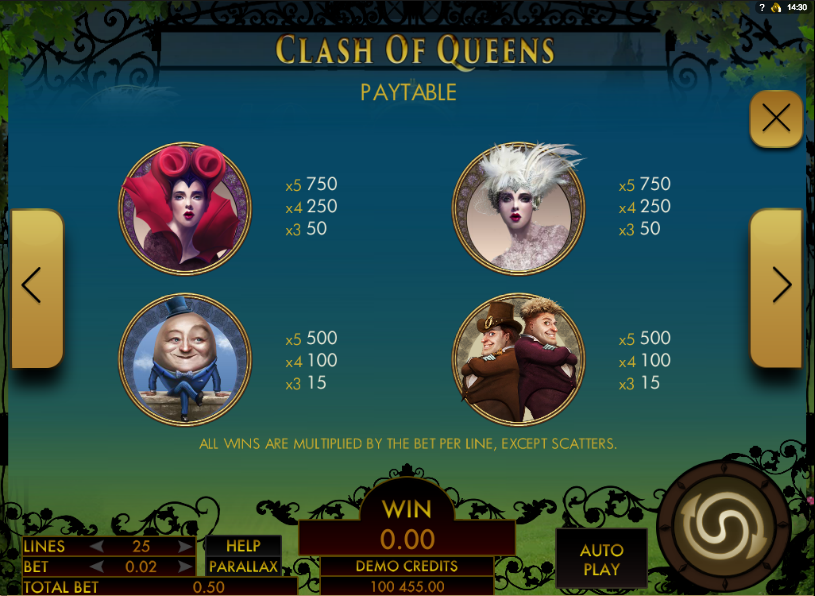 It’s fair to say that there are more than a few online slots based on the story of Alice’s Adventures in Wonderland; the Lewis Carroll novel has even inspired enough games for us to have picked out our top five which you can see here. Clash Of Queens is another to add to the list, it’s developed by Genesis Gaming and even if doesn’t feature the full complement of fantastic characters, it looks very nice and it comes with an inventive bonus feature.

Clash Of Queens is a five reel slot with three rows and up to twenty five paylines; the game looks great and the symbols float in the air in front of a scene containing giant chess pieces and a castle looming in the mist.

There are four high value symbols including the Red Queen, White Queen, Humpty Dumpty and Tweedledum/Tweedledee; lower values are the usual 9, 10, J, Q, K and A.

The wild symbol is a glowing mirror, it appears on reels two, three, four and five and it will double any wins to which it contributes; the scatter is the Clash Of Queens logo.

This is not really a bonus feature but it’s a nice touch which you can switch on and off at your leisure; parallax scrolling means that the backdrop moves slightly independently of the reels.

This is triggered by landing the Red Queen or the White Queen on reel one and the opposite Queen on reel five; you will now get to choose one of those Queens and watch them fight/dance it out on a chessboard. If you’ve picked the correct winner of this battle the feature you’ve chosen will be more rewarding:

Clash Of Queens is a nice-looking slot with plenty going for it including those crisp graphics, appropriate music and clever bonus features; it’s a decent release from Genesis Gaming and it has an RTP of 95.57%.