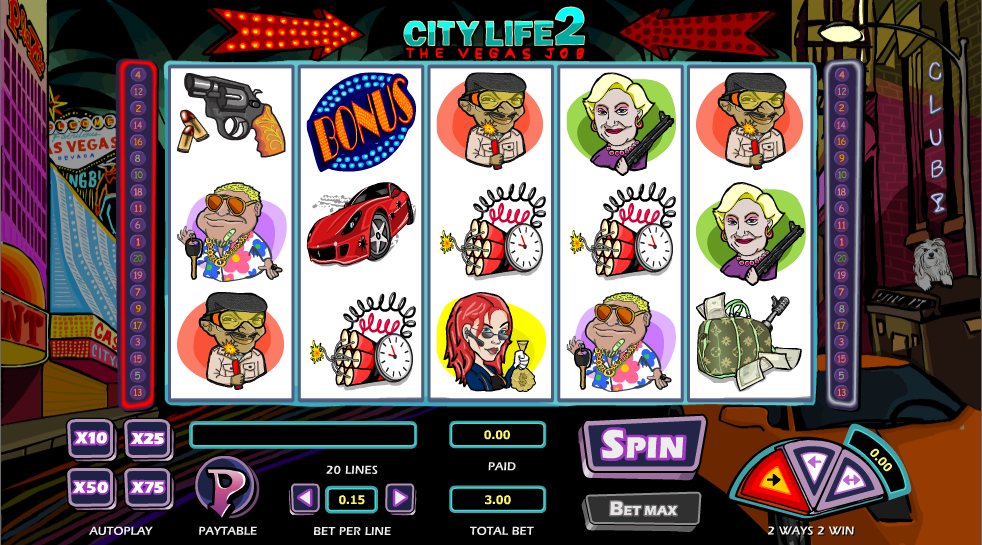 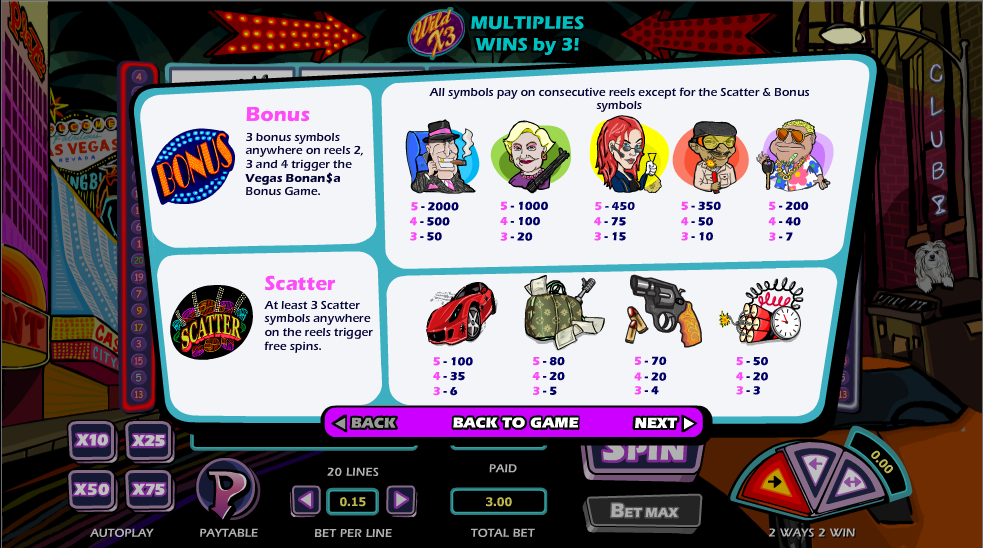 If you’re looking for a taste of the tough city streets then you need look no further than City Life 2 from Random Logic; of course you may well already have played it’s predecessor, City Life so you probably know what to expect from this souped-up sequel.

City Life 2 is actually subtitled ‘The Vegas Job’ and the narrative is of a bunch of scammers intent on skimming as much money as possible from the casinos; each also has a bounty on his or her head.

It’s a five reels and twenty payline slot with a humourous cartoonish feel and in the background to the reels is what looks like the Vegas strip.  All the symbols are related to the theme and so we have a ticking bomb, a pistol, a bag of money, a posh car and the the game’s five characters who are Mr. Jobs, Rona Heels, Madame Loretta, Ramzi Snip and DJ Valensia.

Special symbols are a wild and wild x3, a bonus symbol and a scatter.

There’s a bit of payline variety here and you can use the symbol shown on the right to choose to play from left to right, right to left or both directions at the same time.  Playing both directions will win you more money but will also cost you an extra 25% of your stake.

Landing three, four or five of the scatter symbols will entitle you to ten, twenty or thirty free spins respectively which is decent number in anyone’s book.

Together with a standard wild symbol there’s also a special wild which is worth a 3x multiplier; you need to land it within a winning combination of course but when you do you’ll be quids in.

If you can land the bonus game by getting three bonus symbols on an active payline then you’ll get the chance to help the characters mentioned above pull off scams in the Las Vegas casinos.  Each character is also worth a bounty which translates into a multiplier which is applied to the winnings.