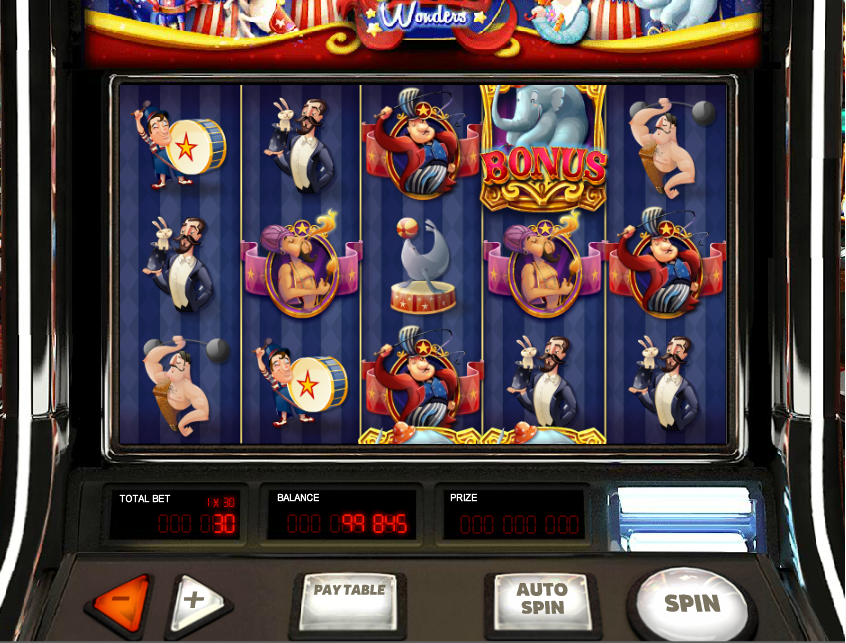 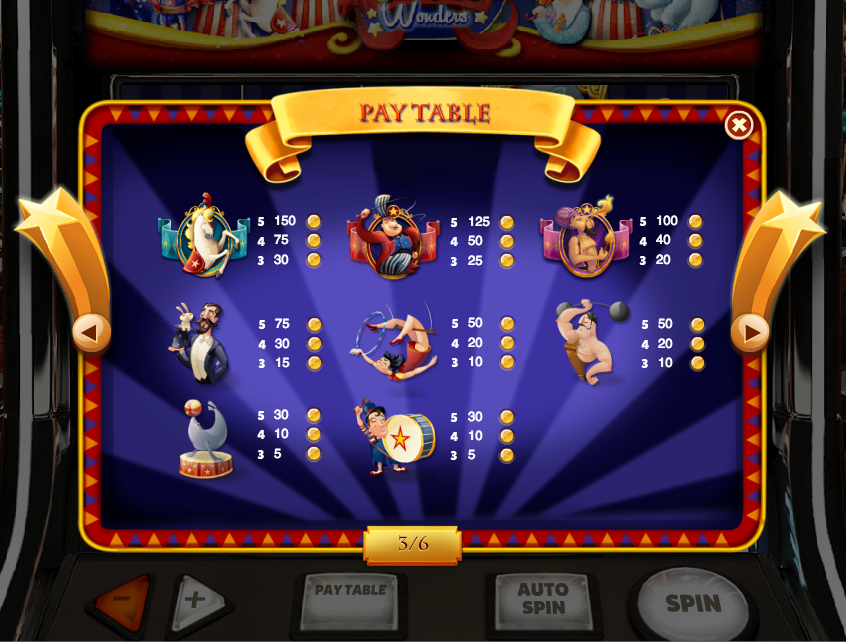 Roll up! Roll up! Let’s take an entertaining step back into the past to a time when the annual visit of the travelling circus was the highlight of the year and it would offer an evening of freakish Victorian fun for a small payment. Circus Wonders is themed on that time, it’s developed by Red Rake Gaming and you can read all about it below.

Circus Wonders is a five reel slot with three rows and thirty fixed paylines; like most Red Rake games you can play in full screen mode to get the whole physical casino appearance but even in small screen it looks just like a real life slot.

There’s a nice bunch of theme-related symbols to check out including a prancing horse, the ringmaster, the fire breather, the magician, the acrobat, the strongman, the performing seal and the drummer.

The wild is represented by the clown and it will replace all other symbols in a winning combo except the elephant bonus – that’s the key to the main feature.

In addition to the standard clown wild, there’s also an human cannonball wild which appears only on reels two, three and four. When it lands it transforms the symbols to it’s right into more wilds.

This is triggered by landing three or more of the elephant bonus symbols anywhere on reels two, three and four after which the free spins round will kick off.

During this round any more elephants which appear will award an extra spin; there is also an Wild Cake symbol active during the spins which will freeze in place until they’re all finished.

Circus Wonders is a nicely atmospheric slot which recreates the days of the Victorian circus very well with a soundtrack to match. The features trigger regularly, particularly the expanding wild and this is certainly a game to receommend.