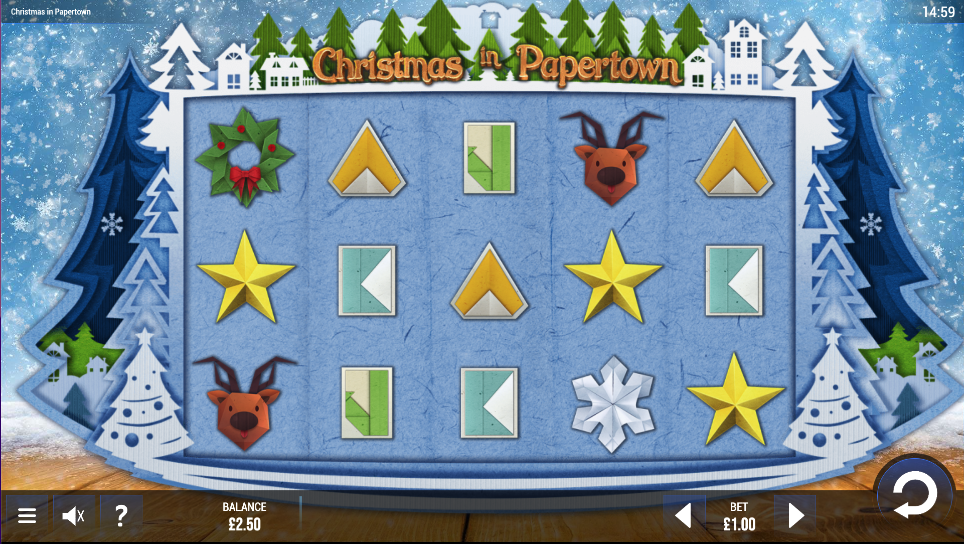 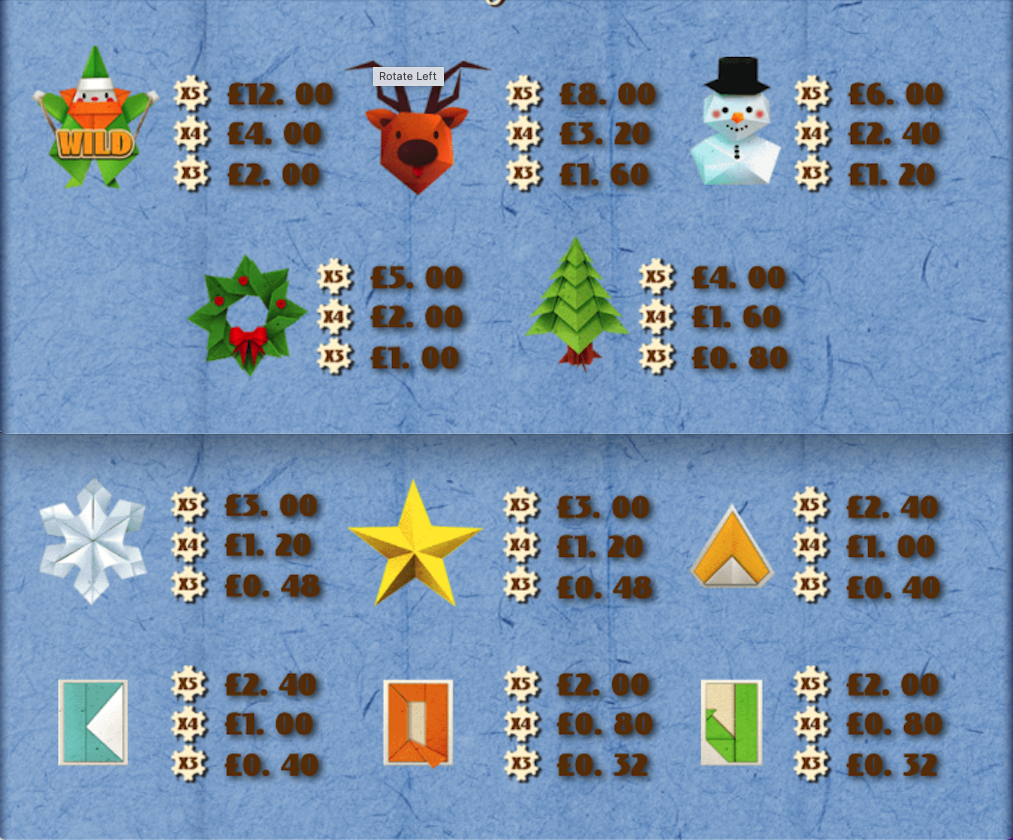 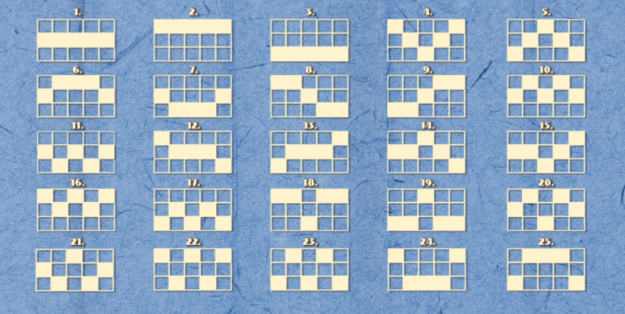 At the end of every year the Christmas online slots keep coming thick and fast and here we have one more to add to the seasonal fun – it’s called Christmas in Papertown, it’s developed by Epic Industries and along with some free spins it promises players wild multipliers dropped by Santa Claus.

Christmas In Papertown has an unusual theme and as the name suggests everything is based around paper – the five reels and twenty five paylines spin on a papery decoration cut into various silhouettes of traditional houses and Christmas trees. Snow falls gently and settles on the wooden floor around the reels.

The high value symbols are themed origami shapes such as reindeer, snowmen, wreaths and Christmas trees – we also have snowflakes, gold stars and J, Q, K and A, all fashioned from folded paper. The elves are wild and Father Christmas is the bonus symbol.

During the base game Santa and his sleigh may fly overhead and drop wild symbols onto the reels, transforming a line of symbols into wilds – any payouts are then evaluated.

This feature is activated by landing at least five Father Christmas bonus symbols anywhere in view – you’ll get seven free spins for five Santas and one more for every additional Santa on the triggering spin up to a maximum of seventeen.

The Santa’s Journey feature is guaranteed to kick in at least once on every spin which means the sleigh will fly over and drop wild symbols up to three times. Wild symbols which land on top of each other during this flyover will increase the win multiplier for that wild up to a maximum of 3x. Free spins can be retriggered in the same way.