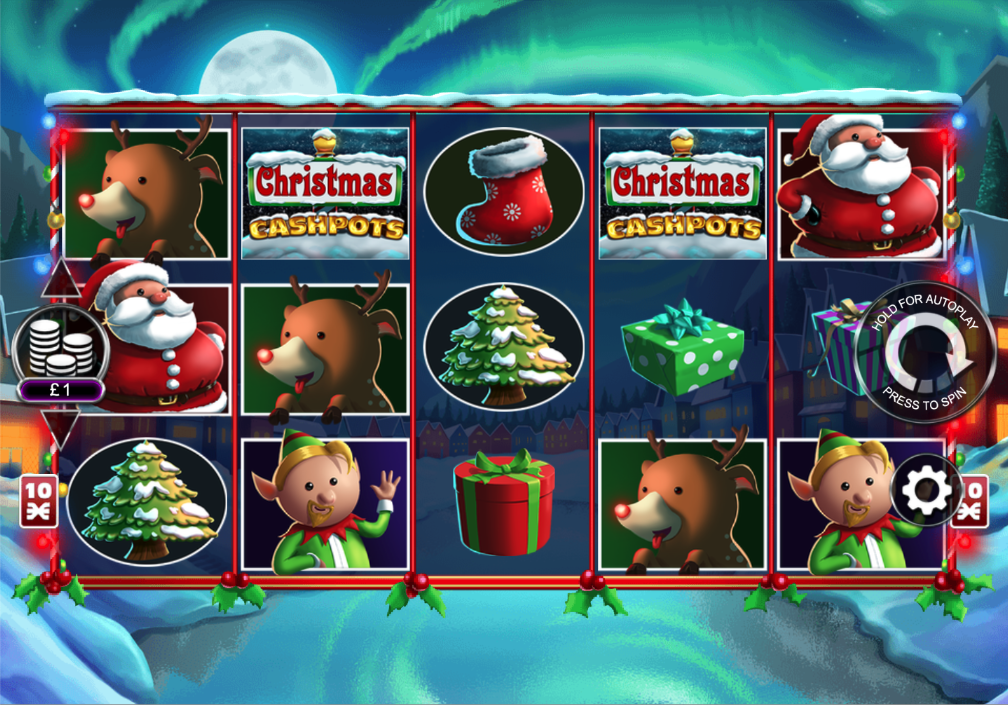 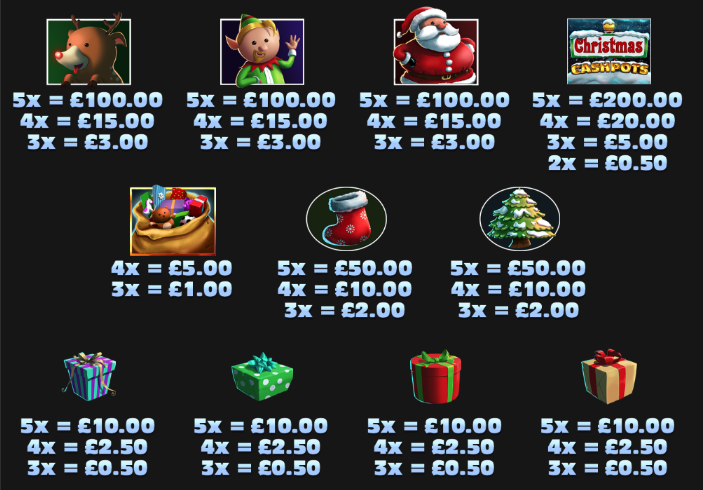 If it’s Christmas when you’re reading this then it’s that time of year when festive online slots get a little more popular – this one’s called Christmas Cashpots, it’s developed by Inspired Gaming and from £0.10 per spin there are prizes to be won in the Cash Collector bonus round.

Christmas Cashpots is a five reel slot with three rows and ten fixed paylines; the Northern Lights provide the illumination for the background scene which is a snowy neighbourhood dotted with alpine dwellings.

All the symbols have a cartoonish design and include Rudolph, an elf, Father Christmas, the games’ logo, a Christmas stocking, a tree and four presents in various colours; there’s no wild symbol in this game but the sack of gifts and Santa on his sleigh are the bonus icons.

This feature is triggered by landing at least six gift sacks on reels one to four and Santa’s sleigh on reel five; this is a respin round in which Santa and the gift sacks with their cash values are locked in place and the other reel positions spin up to five times to try and land more.

When it’s all finished you’ll receive the total of all cash values on the reels multiplied by the number of Santa sleighs in view.

Christmas Cashpots is a fairly basic slot with just the one feature but if it’s that time of year for playing a seasonal game then why not try it? the big wins are of course hidden in the Collection Bonus feature.