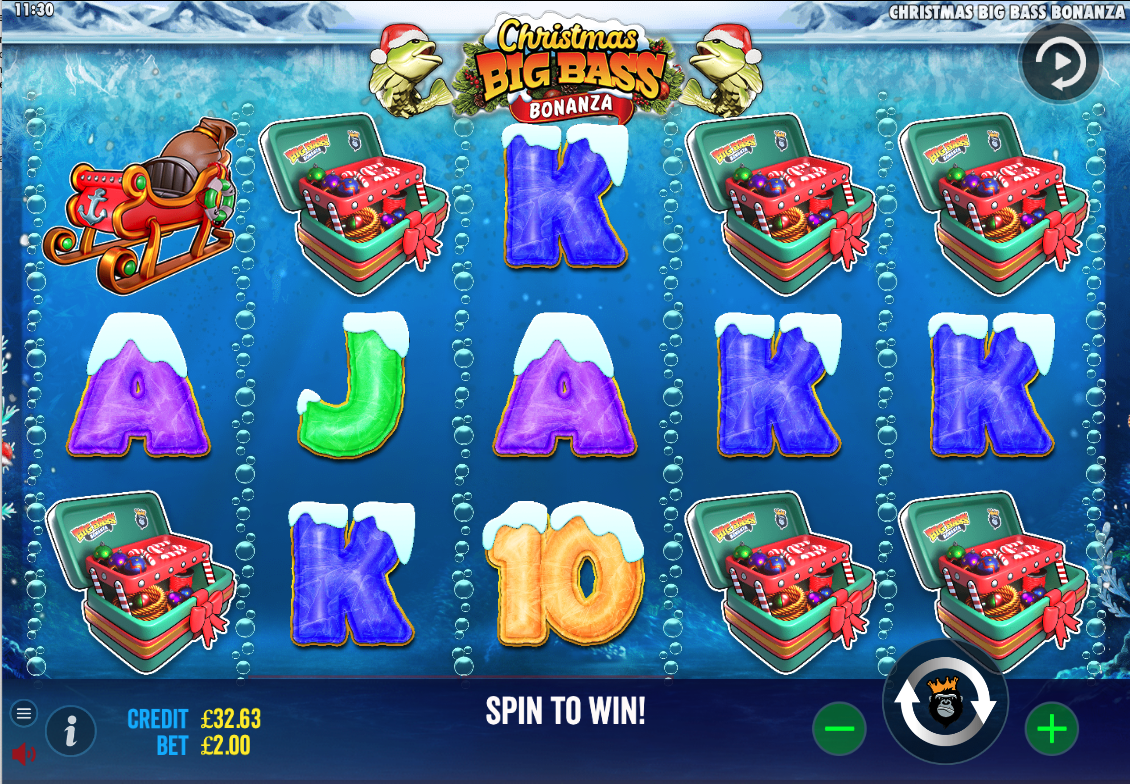 We always enjoy the effect of two online slots themes combining and here we have a game called Christmas Big Bass Bonanza which brings together the festive season and the ocean for your playing pleasure – it’s developed by Pragmatic Play and if you can trigger the free spins Santa will be there to catch some valuable fish.

Christmas Big Bass Bonanza comes with five reels and ten paylines and it takes place on the sea bed where seahorses and star fish occupy the chilly water; icebergs break the surface to confirm the suspicion that we’re up in Arctic waters, presumably close to Santa’s North Pole residence.

The higher value symbols include baubles, a fishing rod, Santa’s sleigh, his tackle box and various fish; 10, J, Q, K and A represent the lower values; Santa is wild and the hooked fish is the scatter symbol.

Landing three, four or five of the hooked fish scatter symbols anywhere in view will award 10, 15 or 20 free spins respectively; every time a fish symbols lands at the same time as a wild Santa, the value on the fish will be collected by our man and awarded as a prize.

You’ll also notice that there’s a meter above the reels and each Santa which lands will fill a position on that meter with the following results:

Randomly Christmas crackers may fly onto the reels during this round and the symbols where they land will become fish with values attached.