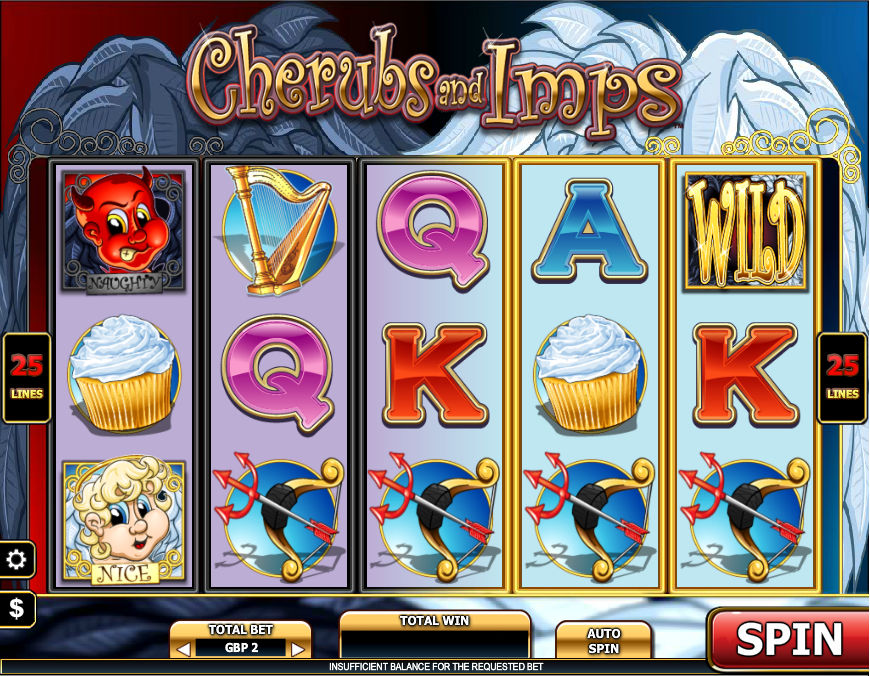 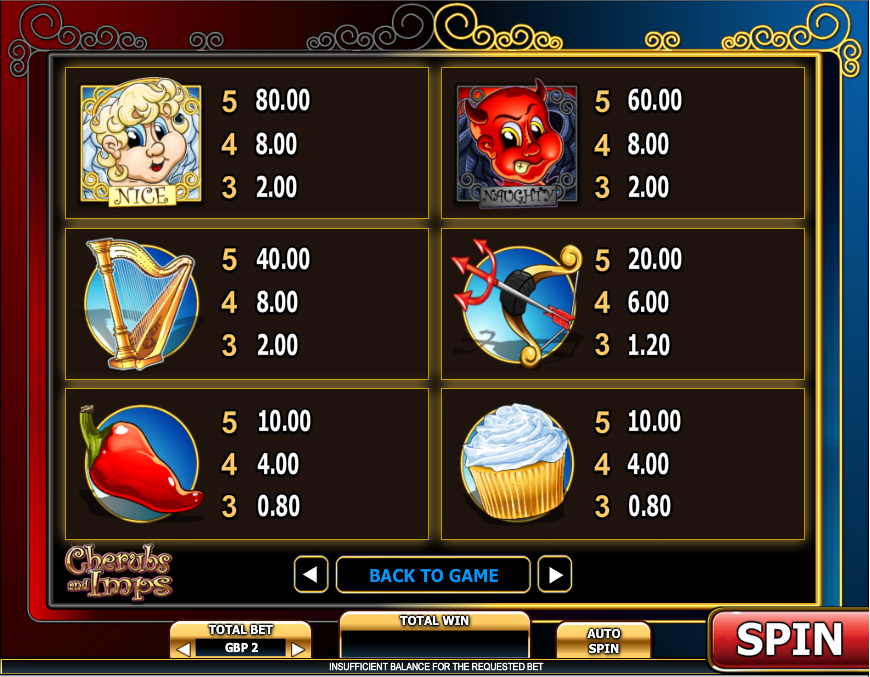 We all face constant internal battles as the naughty and nice sides of our personality confront each other on a daily basis. Cherubs & Imps is an online slot machine from The Gaming Lab which illustrates that ongoing struggle between good deeds and mischief. This game also brings into conflict creatures from different cultures – the Hebrew cherub and the Germanic Imp.

Cherubs & Imps is a five reels slot with three rows and twenty five fixed paylines; the big colourful reels are set against a backdrop of white and black to illustrate the competing sides in this story.

There are six main them-related symbol including a cup cake, a chilli pepper, a bow and arrow, a harp, the naughty imp and the nice cherub. The lower values are made up with the usual J, Q, K and A.

The wild symbol is a big gold ‘Wild’ which substitutes for all symbols except the scatter; that scatter is a red and blue Yin/Yang symbol which activates the single feature.

The Yin/Yang scatter symbols is the key here and you will need to land three or more anywhere in view to receive the following:

There’s also an extra feature here which means that before each spin a multiplier will be randomly awarded; that multiplier can be 2x, 3x, 5x or 10x so as long as you spin a win, big wins are available.

This feature can also be re-triggered by landing three+ more scatters during the spins.

We can’t offer much here because there’s very little player interactivity apart from pressing the ‘Spin’ button but if you appreciate a nice tune, you might want to leave the background music on.

This slot pretty much does what it says on the tin and not much more; it looms and sounds nice but lacks a little sophistication when compared to many new games. RTP is reasonable at 96.04%.