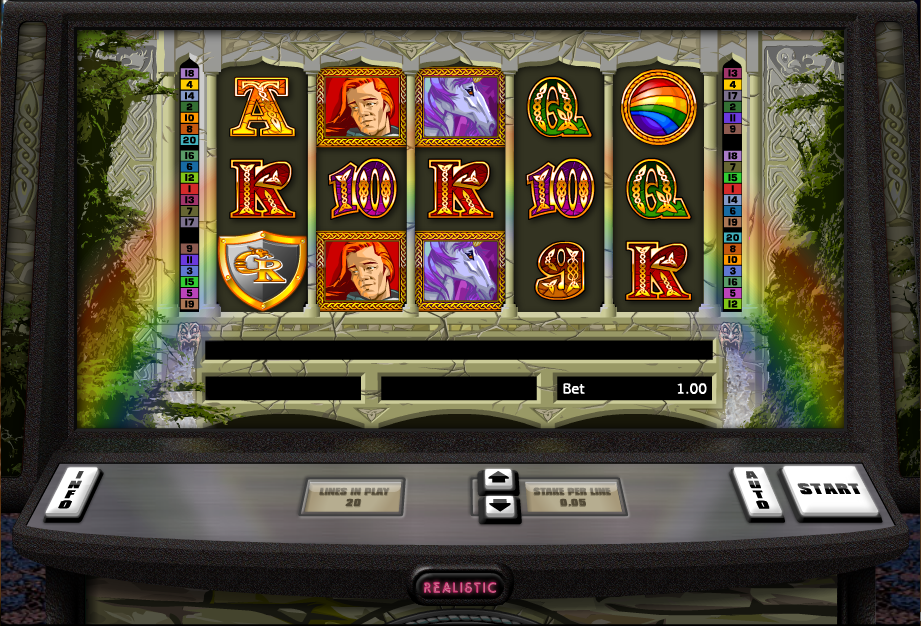 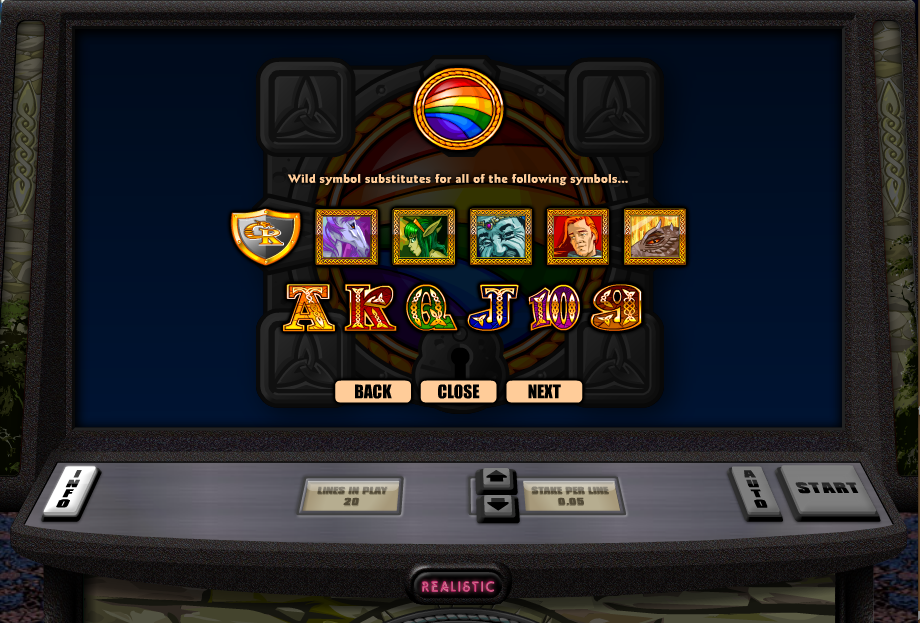 There’s a cheerful medieval vibe to this brand new online slot from Realistic Games; it’s called Cashing Rainbows and while it’s a little difficult to pin down a theme there are unicorns and dragons so we are in the realm of fantasy. The design is recognisably familiar from this company and it does indeed look realistic.

Cashing Rainbows is a five reel slot with three rows and twenty fixed paylines; we are back in the familiar surroundings of Realistic’s casino, visible to either side of the lifelike game cabinet. Celtic and medieval designs frame the reels and there’s some appropriate lute music to accompany your gameplay.

The symbols are mostly related to the theme and include the Cashing Rainbows shield,  the unicorn, the elf, the blue face, the red-haired prince and the dragon; 9, 10, J, Q, K and A are the lower values.

The rainbow within the gold circle is the wild symbol and substitutes for everything except the scatter; the square Cashing Rainbows symbol is the scatter which activates the feature.

This is the only extra feature and it’s triggered by landing the Cashing Rainbows scatter symbol on reels one and five. You will now receive ten free spins with the wild feature enabled.

During the spins any time you land a wild symbol it will lock in place – a big stone lock will encase it – and it will remain there for the duration of the spins. Towards the end of the round this can obviously result in some big wins.

The spins cannot be re-triggered from within this round and it’s also worth noting that there’s a maximum win of 5000x the bet per line.

You generally know what you’re getting with Realistic Games slots so if you like this style you won’t be disappointed with Cashing Rainbows; fans of medieval music will probably appreciate the background sounds and there’s an RTP of 95.47%.